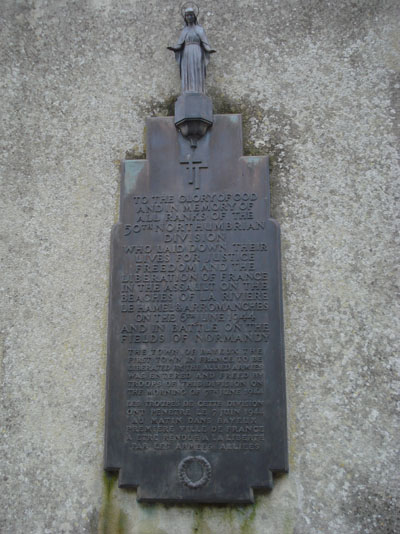 Opposite the Cathedral of Bayeux to a wall a plaque attached with the following text:
To the glory of God and in memory of all ranks of the 50th Northumbrian Division who laid down their live for Justice, Freedom and the Liberation of France.
In the assault on the beaches of La Rivière, Le Hamel and Arromanches on the 6th June 1944 and in Battle on the field of Normandy.
The town of Bayeux, the first town in France to be liberated by the Allied armies was entered and freed by troops of this division on the morning of 7th June 1944.