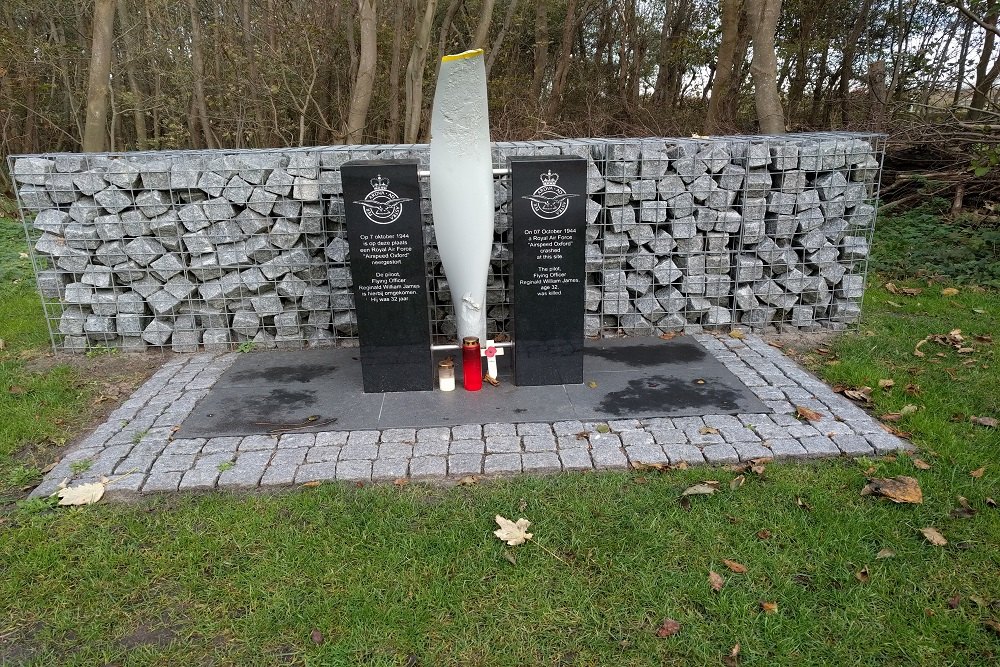 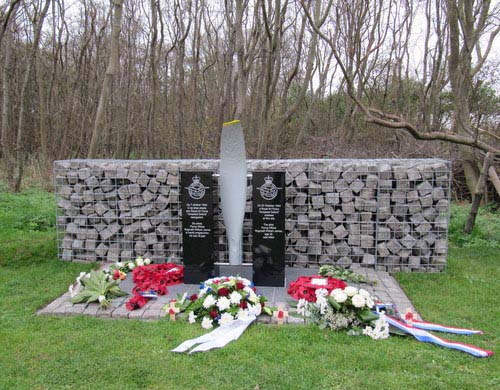 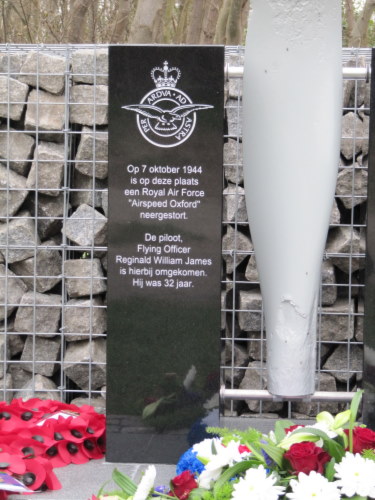 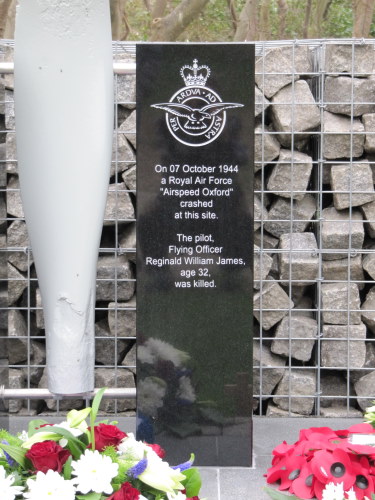 The monument was unveiled on 4 November 2011.
A memorial in honour of Flying Officer Reginald William James.
On 7 October 1944 the aircraft were he was in crashed between Zoutelande and Westkapelle. The pilot was the sole occupant of Airspeed AS.10 Oxford Mk.II, X7288 from No. 2 Group Communications Flight, Royal Air Force, was killed. He has been buried at the Noorderbegraafplaats in Vlissingen.

The English text on the left of the monument:
On 7 October 1944
a Royal Air Force
"Airspeed Oxford"
crashed at this site.

Parts of this aircraft were recovered in 2008.
The museum Wings to Victory has a part of the front wing spar in it's collection.