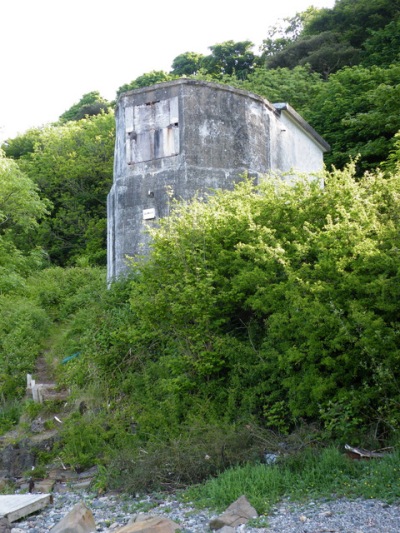 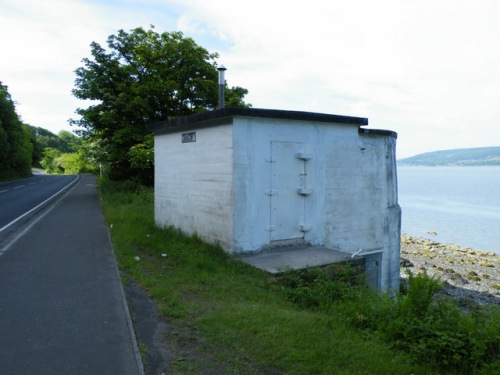 During World War II, these bunkers were used for the defense of the United Kingdom against a possible enemy invasion, as part of the wartime boom defence (large anti submarine net) which stretched from the Cloch Lighthouse across the river Clyde to Dunoon. They were built in 1940 and into 1941.