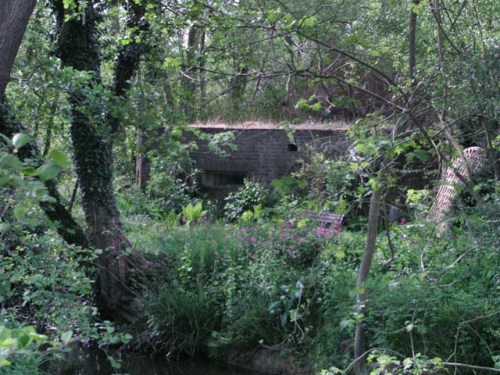 This pillbox is of type FW3/28. During World War II, these bunkers were used for the defense of the United Kingdom against a possible enemy invasion. They were built in 1940 and into 1941.

This pillbox is situated at the base of a hill on the south side of Horsham. The upper heights of the hill would have been the location of anti armour weapons and artillery covering the current northbound A24 whose job would have been to knockout northbound German armoured units. Once those units were engaged the Germans may well have deployed infantry to assault the hill and knock out the anti armour guns. The Pill box at the base of the hill would have been used to provide protection against the assaulting German infantry.