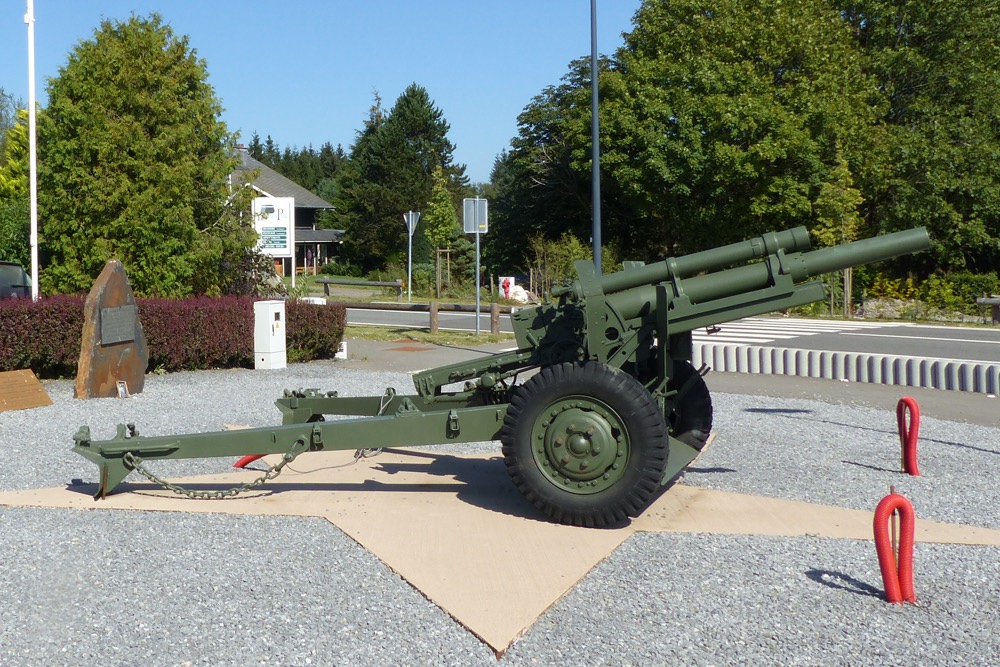 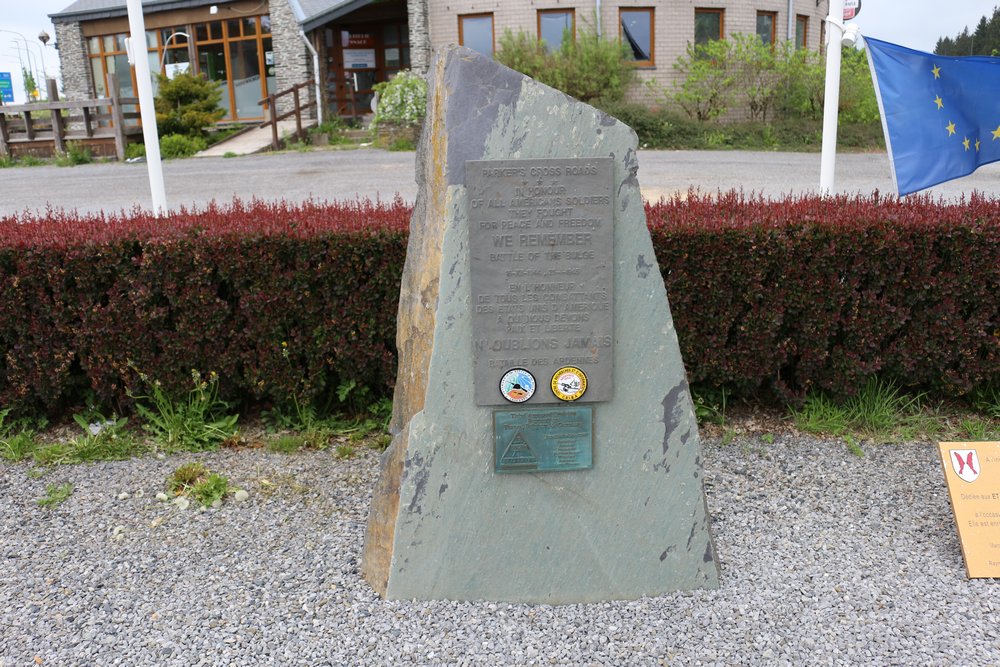 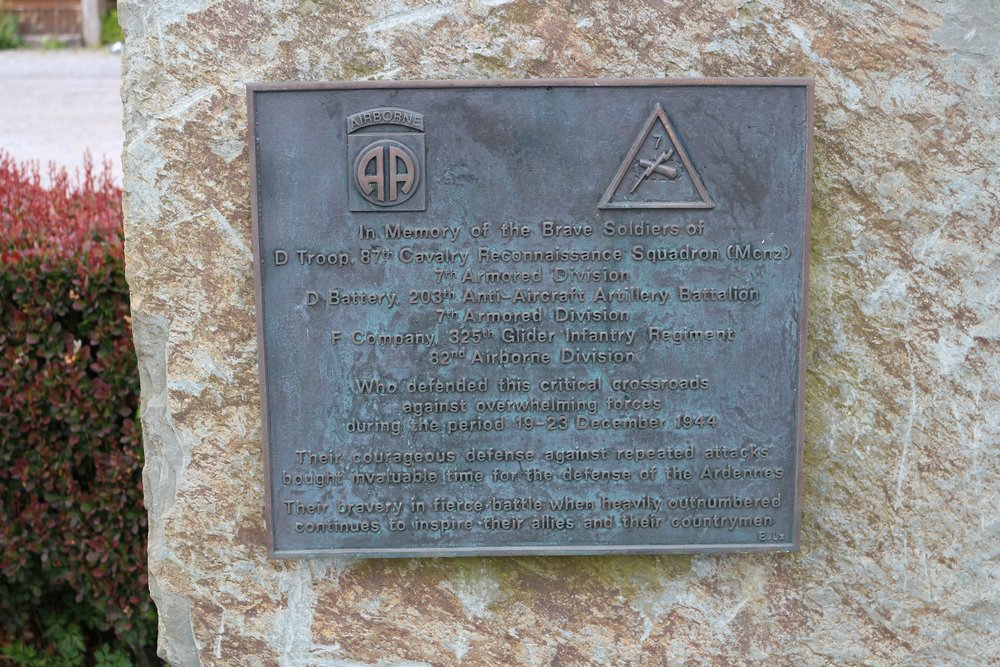 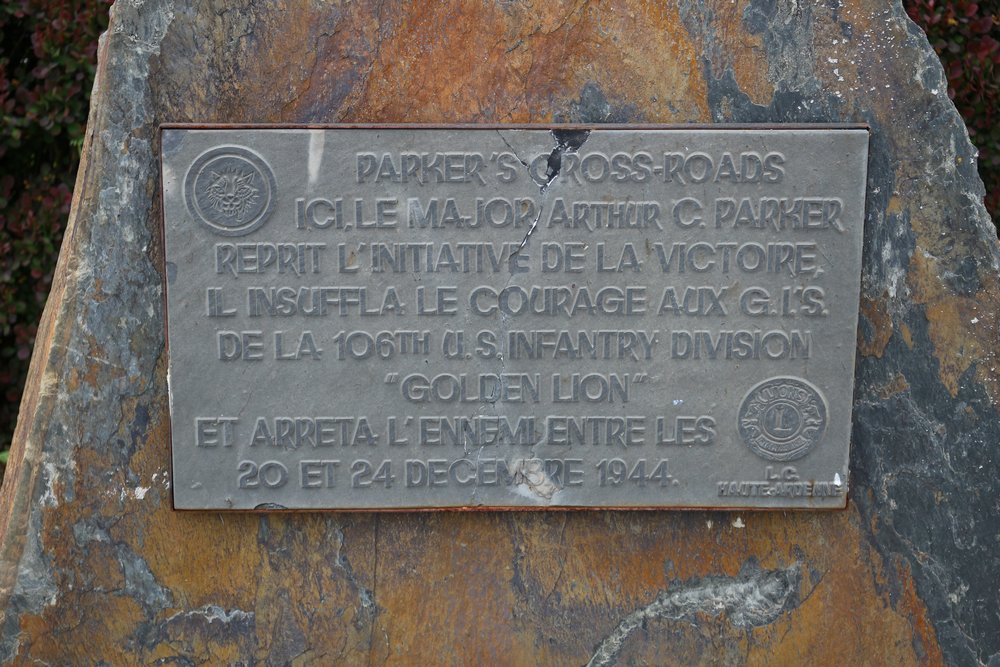 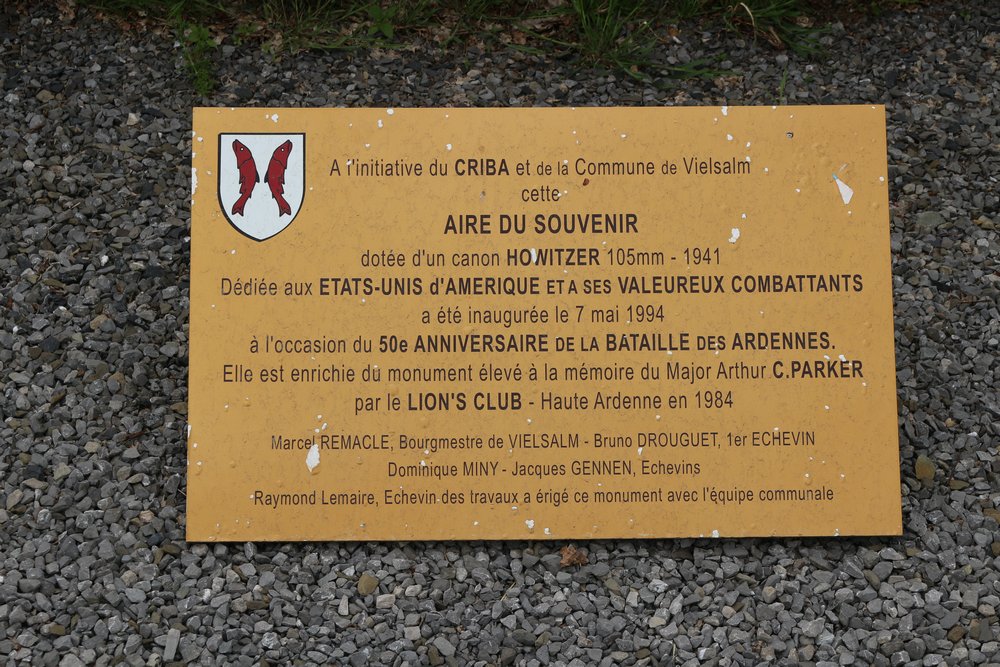 This Howitzer M2A1 is situated at crossroads in Baraque de Fraiture to commemorate the battle who took place here from 19th to 23rd of December 1944. This crossroads is also known as Parkers Crossroads. Major Arthur C. Parker was in command of the 589th Field Artillery Battalion, who escaped from the encircling of the 106th Infantry Division in the Schnee Eiffel. When he arrived at this crossroads, he realised the importance of this strategic point, namely from here the only supply route to the Seventh Armored Division at St Vith started, who endured heavy charges by the German 5th Armoured Army.

At the end the Americans had to surrender to an overwhelming force of the 2nd SS Armored Division.