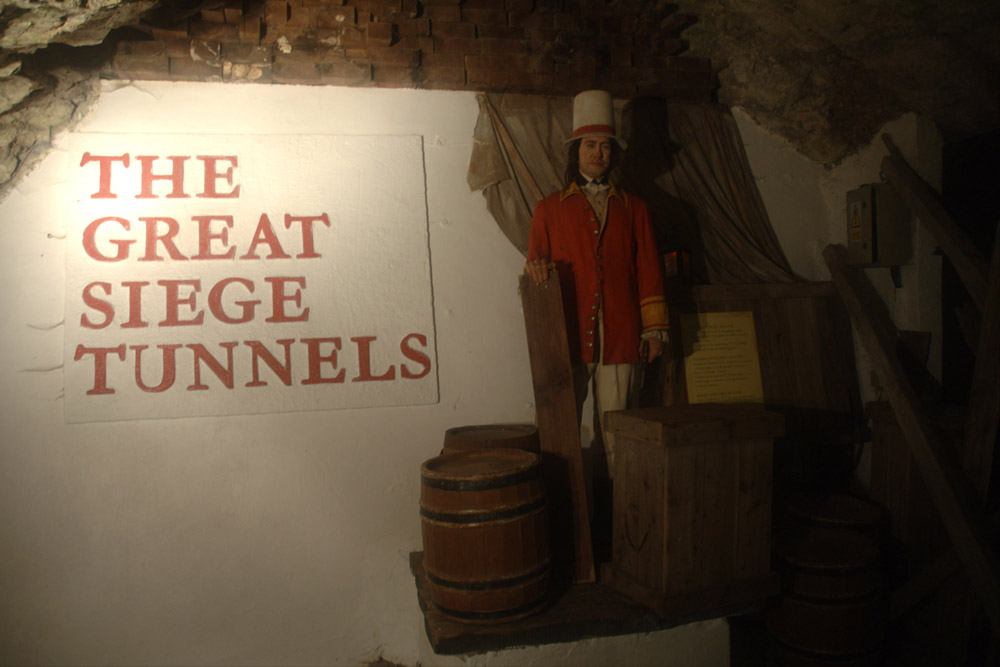 The Great Siege Tunnels run entirely through the rock of Gibraltar. The construction of these tunnels started in 1779. There was made ​​25 meters of tunnel. During the Second World War, in 1943, when they already made ​​use of diamond drilling another 50 km of tunnel was made. In many places there are embrasures and observation posts that look out across the Strait of Gibraltar.
Even the British had a secret plan to spy into the tunnels to hide and Gibraltar would be captured by the Germans.
The tunnel had facilities to house and feed 16.000 people for one year.
The tunnels are open to the public.