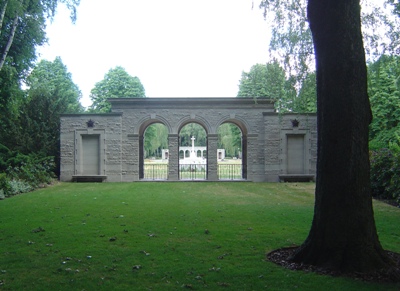 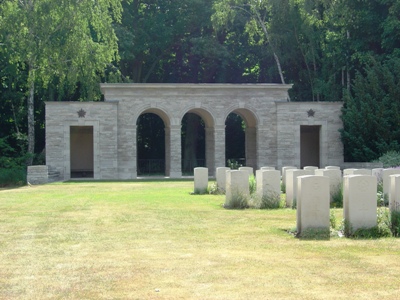 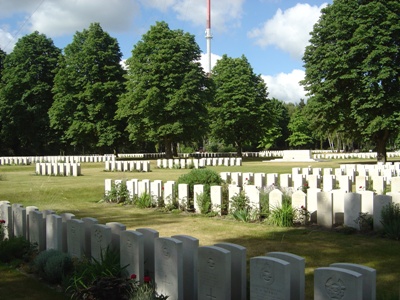 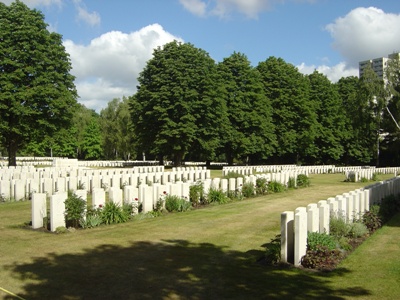 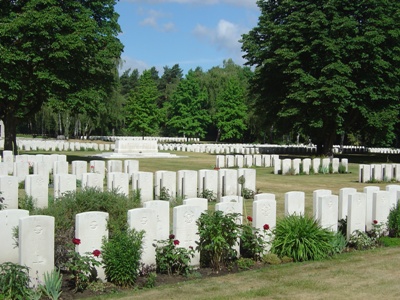 The site of Berlin 1939-45 War Cemetery was selected by the British Occupation Authorities and Commission officials jointly in 1945, soon after hostilities ceased.

Graves were brought to the cemetery from the Berlin area and from eastern Germany. The great majority of those buried here, approximately 80 per cent of the total, were airmen who were lost in the air raids over Berlin and the towns in eastern Germany. The remainder were men who died as prisoners of war, some of them in the forced march into Germany from camps in Poland, in front of the advancing Russians.

The cemetery contains 3,594 Commonwealth burials of the Second World War, 397 of them unidentified. In addition, there are five Polish war graves and 266 post war graves of men of the British Occupation Forces or their dependants, or of members of the Control Commission. 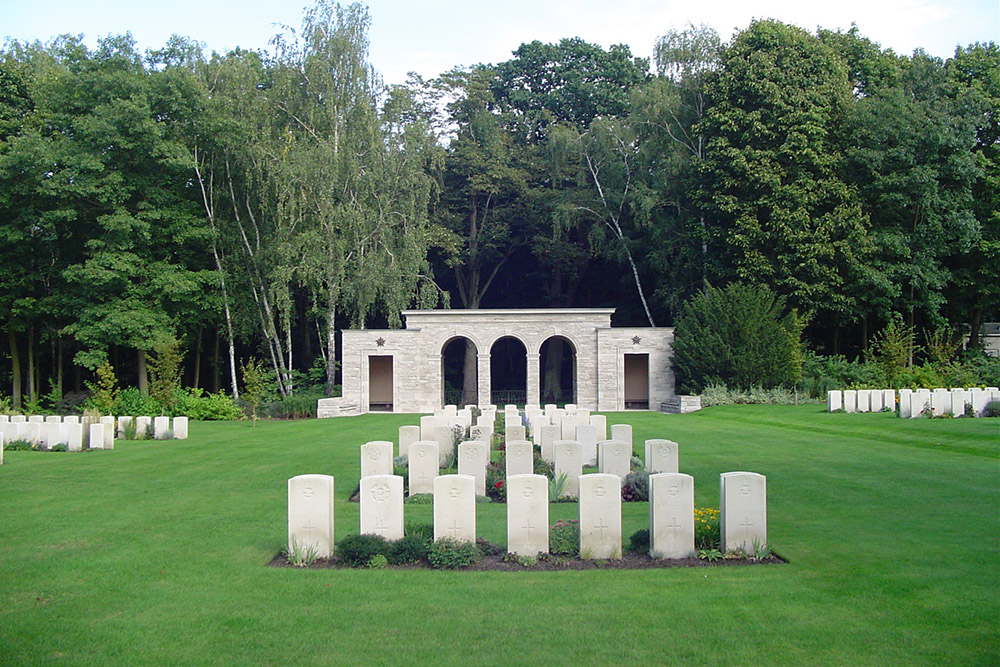