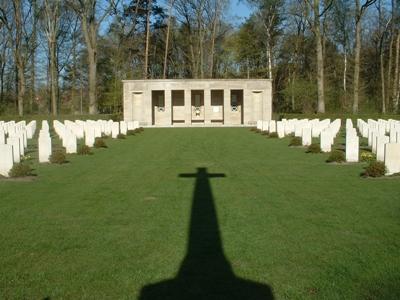 Sage was on the line of the Allied advance across northern Germany in 1945 but most of those buried at Sage War Cemetery were airmen lost in bombing raids over northern Europe whose graves were brought in from cemeteries in the Frisian Islands and other parts of north-west Germany.

Sage War Cemetery contains 948 Commonwealth burials of the Second World War, 158 of them unidentified. There are also 23 war graves of other nationalities, most of them Polish.