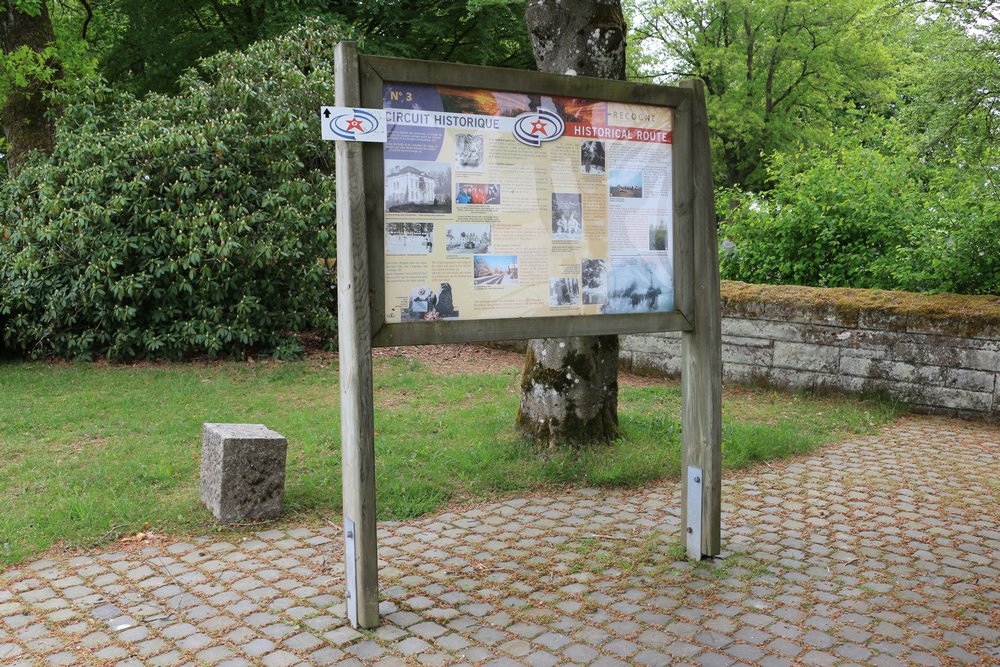 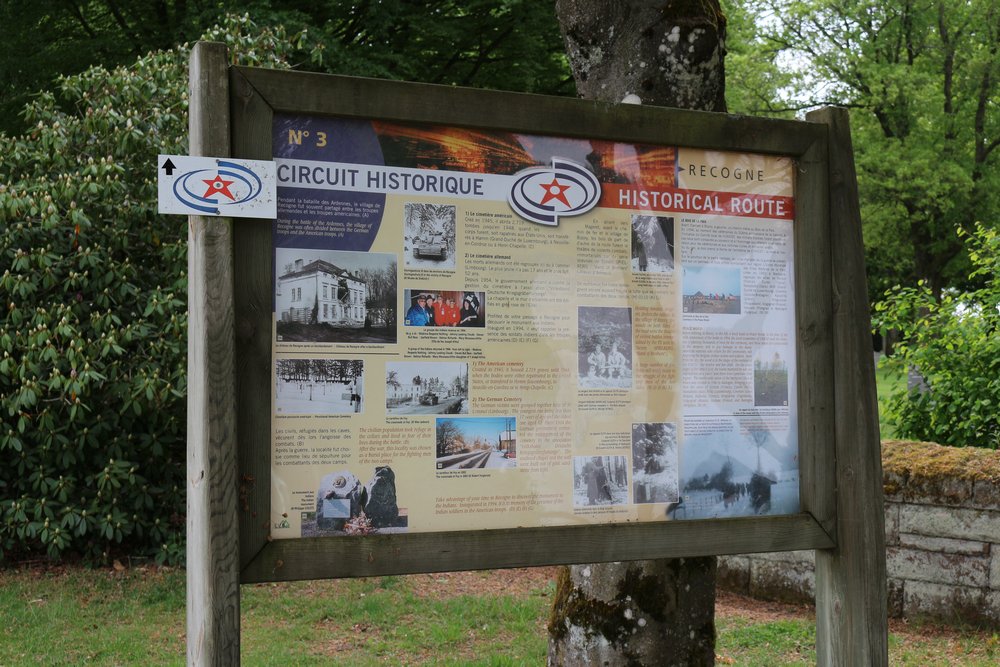 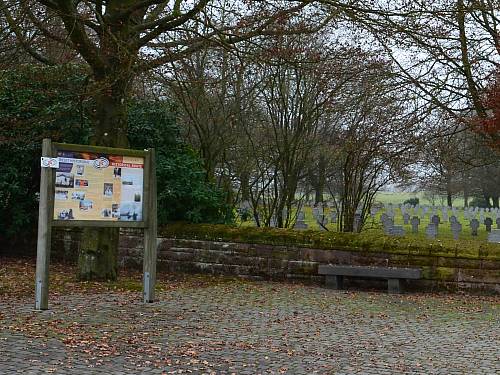 During the battle of the Ardennes, the village of Recogne was often divided between German troops and the American troops.

The civilian population took refuge in the cellars and lived in fear of their lives during the battle. After the war, this location was chosen as a burial place for the fighting men of the two camps.

1. The American cemetery
Created in 1945, it housed 2.719 graves until 1948, when the bodies were either repatriated to the United States, or transfered to Hamm (Luxembourg), to Neuville-en-Condroz or to Henri-Chapelle.

2. The German cemetery
The German victims were grouped together here or in Lommel (Limbourg). The youngest one being less than 17 years of age and the oldest one aged 52. From 1954 the German government entrusted the management of the cemetery to the association "Volksbund Deutsche Kriegsgräberfursorge". The enclosed chapel and the wall were built out of pink sandstone from the Eifel.

Take advantage of your time in Recogne to discover the monument to the Indians. Inaugurated in 1994. It is in memory of the presence of the Indian soldiers in the American troops.

Heading towards Mageret, (before the railway in the village of Bizory, the woods on both sides of the road were the theatre of violent battles immortalised by the TV serie by Steven Spielberg: "Band of Brothers".)

A large number of foxholes still testify today to the struggle of the fighting men of the two sides.

Peace Wood
Before arriving in Bizory, to the left, a track leads to Peace Wood. At the time of the 50th anniversary of the battle in 1994, the local committee of UNICEF took the initiative of planting thousands of trees for the ceremony and these areas are consecrated to the memory and to pay homage to the many American veterans who return for the ceremonies, not forgetting the Belgian civilian victims and soldiers. Seen from the sky, the wood is in the shape of the emblem of the UNICEF: the mother and her child. On the outher edges of the central part, the towns martyred by war are represented on a panel and three trees symbolise their region. The world-wide union of the Martyred Cities of Peace was created in 1982 in Bastogne, bringing together the cities of Verdun (France), Cunéo (Italy), Marzabotto (Italy), Wiltz (Luxembourg), Coventry (Great Britain), Kalavrita (Greece), Kragujevac (Yugoslavia), Volgograd (Russia), Warsaw (Poland) and Bastogne (Belgium).

To reach information board 4
Go to the Bastogne-Houffalize national road. At the traffic lights, keep straight on, turn right and follow direction to Bizory, then Mageret.