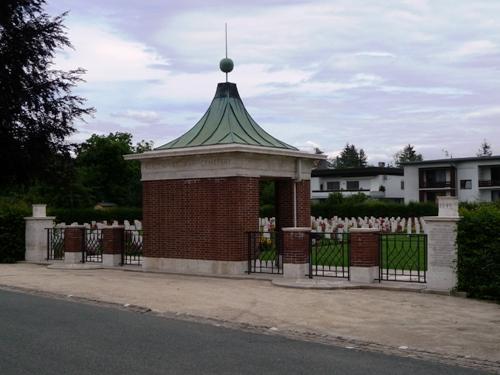 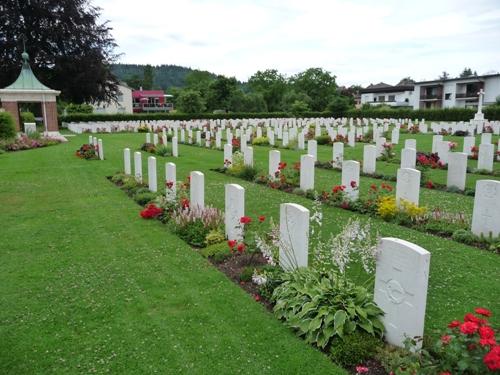 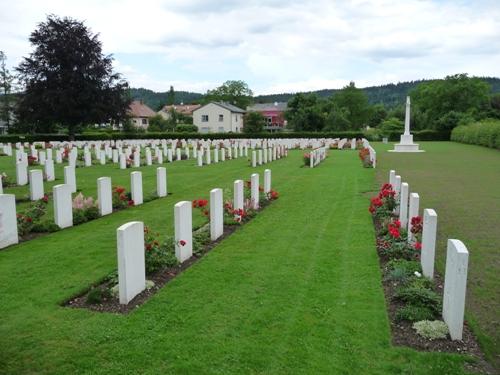 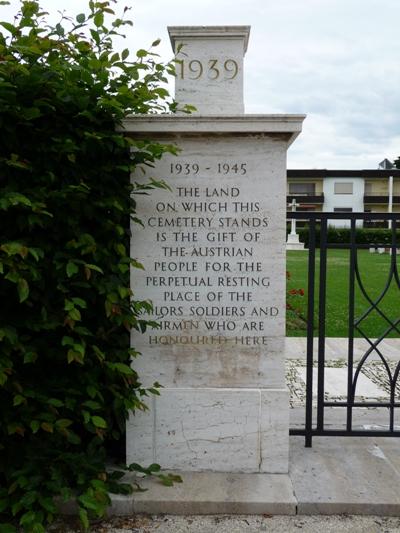 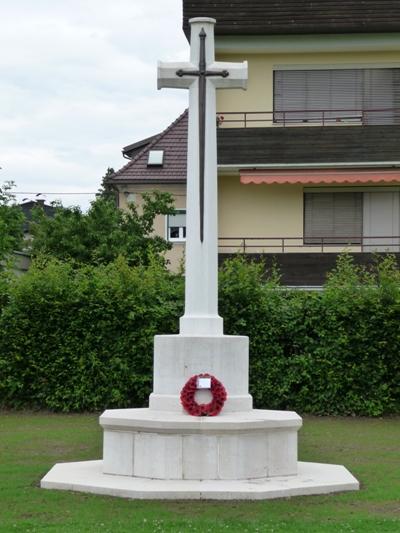 Commonwealth war dead buried in Austria were mainly servicemen who died in P.O.W.-camps in captivity, airmen who were shot down or crashed while flying over the country and those who died while serving with the army of occupation after the war.

Klagenfurt, the only Commonwealth war cemetery in Austria, was begun in June 1945 by the British occupying forces, which moved graves into it from all over the country. It now contains 589 Commonwealth burials of the Second World War.

Between 1950 and 1954, eight First World War graves (three of them unidentified) were moved into the cemetery from small cemeteries. At the same time, special memorials were erected to two other First World War casualties whose graves could not be found anymore.