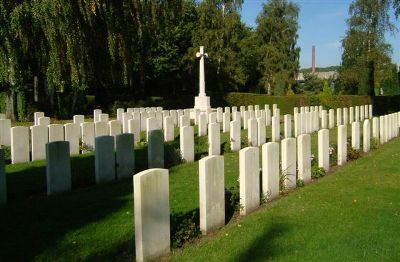 Two Commonwealth sailors of the First World War are buried elsewhere in the cemetery, in a joint grave marked by a private memorial.