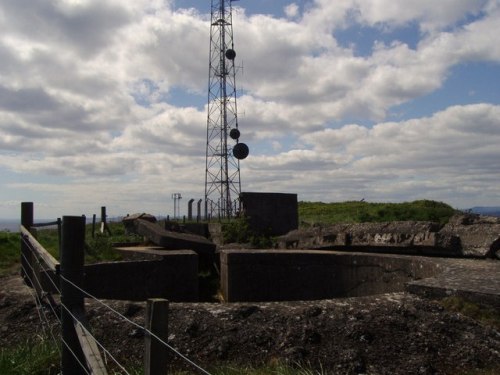 During World War II, this coastal battery was used for the coastal defense of the United Kingdom against a possible enemy invasion.

On 23 September 1941, the battery was 'targeted' during a mock airborne raid by the 4th Cadre Rifle Brigade. The exercise was overseen by British and Polish generals, including Sikorski who renamed the brigade to 1st Independent Parachute Brigade soon afterwards.