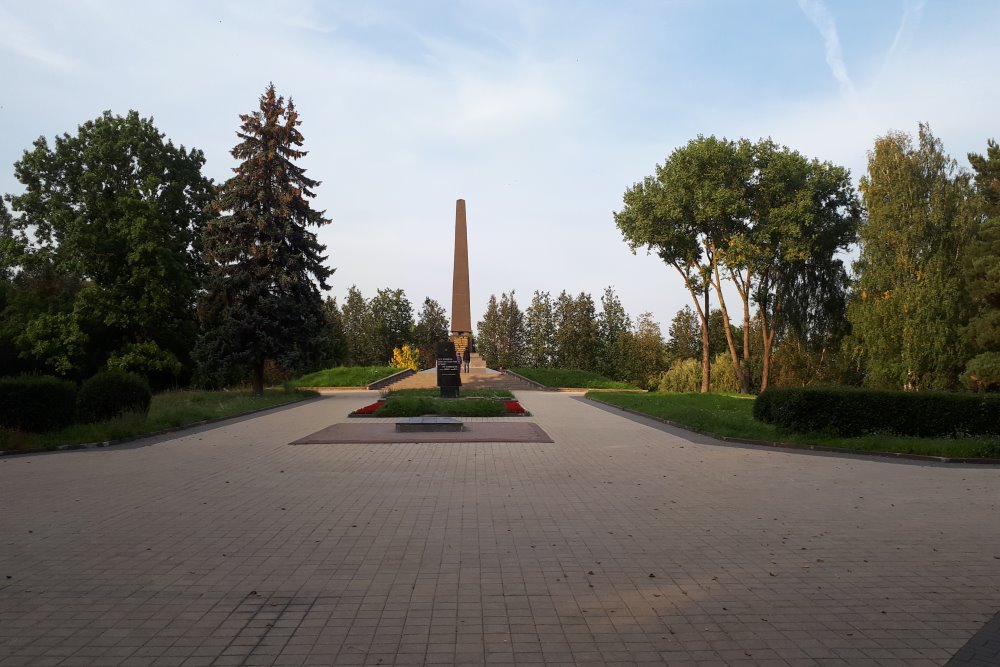 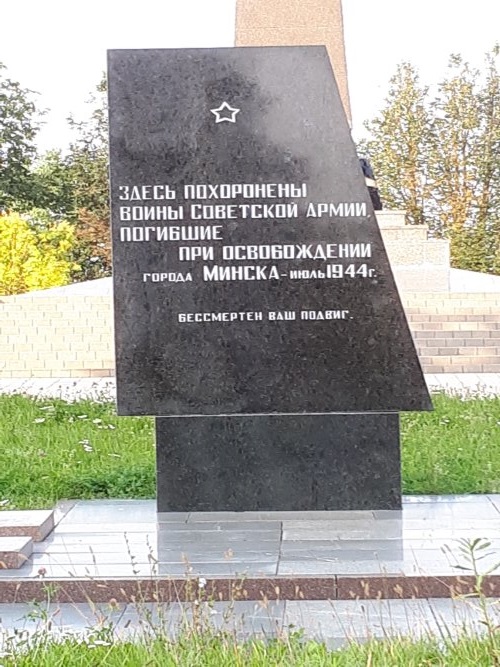 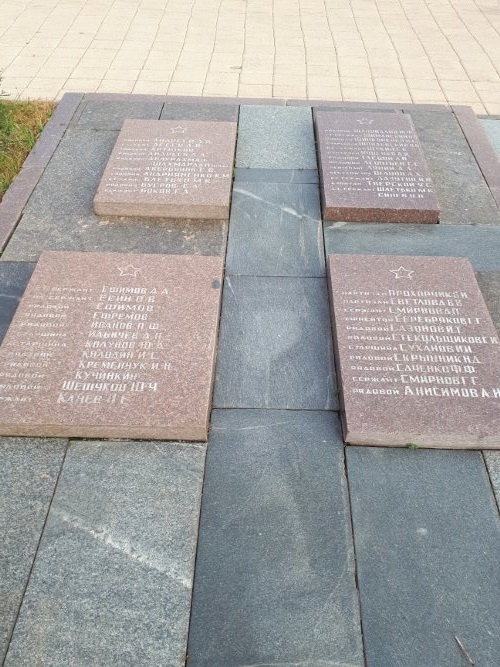 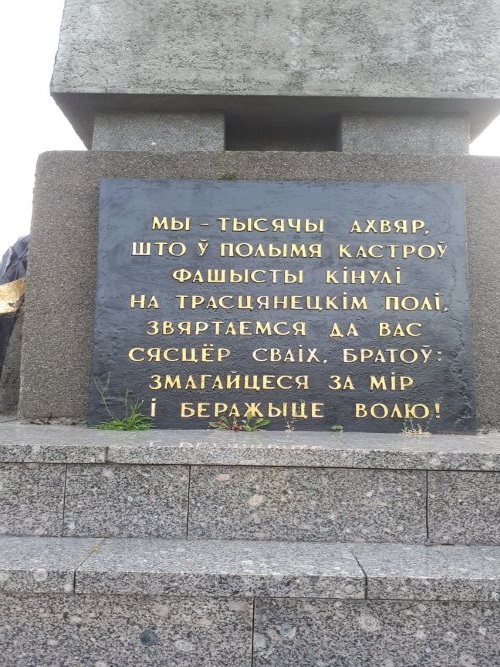 From 1941 to 1944, this place was the site of the German extermination camp 'Maly Trostenets'. It was originally built as concentration camp, but its function was officially changed to that of extermination camp on 10 May 1942. It was blown up and its inmates exterminated on 28 Juny 1944 as part of Sonderaktion 1005. Yad Vashem currently estimates the death toll in 'Maly Trostenets' on 65,000 Jews. Signs at the site indicate that 206,000 people were murdered there.

The camp today:
There are no traces left of the camp this day other than a row of poplars planted by the inmates as part of the border of the camp. A memorial is standing here to commemorate the victims of 'Maly Trosteners' There are plans to reconstruct the camp in the future.