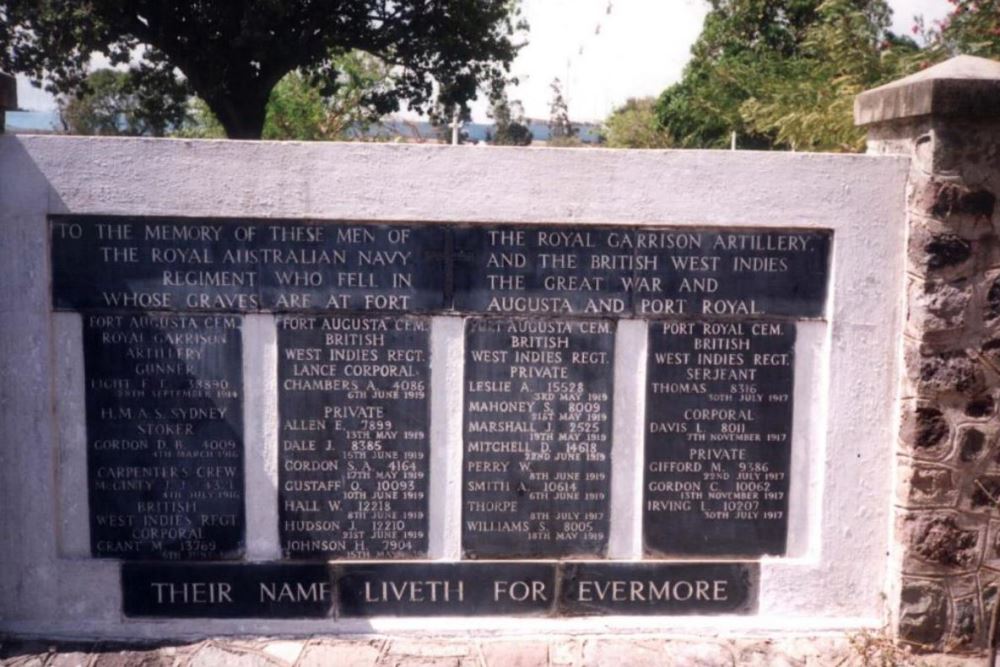 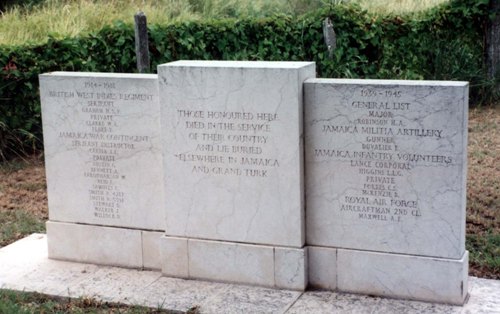 Kingston (Up Park Camp) Cemetery contains three memorials to victims of the World Wars whose graves could no longer be maintained.

Kingston (Up Park Camp) Memorial No.1 commemorates 25 Commonwealth soldiers of the First World War who are buried at Fort Augusta Naval and Military Cemetery or Port Royal Cemetery, whose graves could not be maintained.

Kingston (Up Park Camp) Memorial No.2 commemorates 12 Commonwealth soldiers from both World Wars who are buried on private land but whose graves could not be maintained.

These memorials are located on a military terrain (Up Park Camp) and can only be visited by appointment.