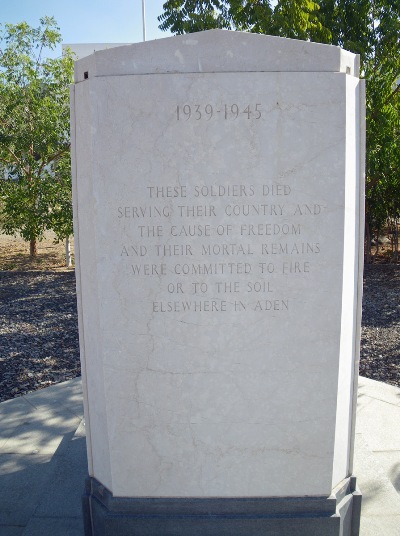 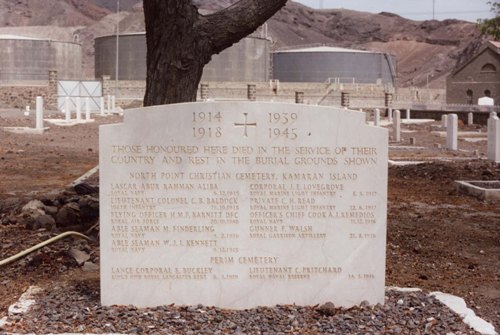 The second memorial (Memorial No. 2), at the Roman Catholic Cemetery of Maala, commemorates 10 soldiers from World War I and one airman from World War II who died in Aden but whose graves could not be maintained.