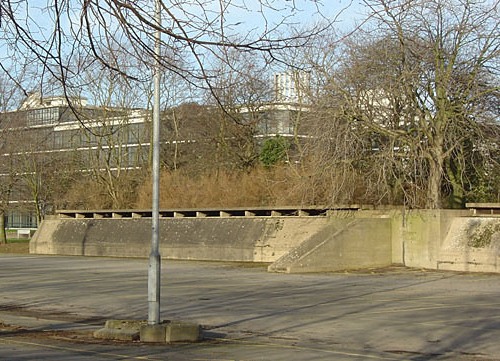 In World War II, this bunker provided shelter to the employees during German air strikes and bombardments.

They are on the land of the Boots factory, but can be viewed from a new public path which runs very close to them. There are four shelters, which appear in very good condition and are very large units which would have held many people. As stated, they appear in very good condition as they have remained on the Boots site which is secured and therefore have not been subject to vandalism or other destruction.