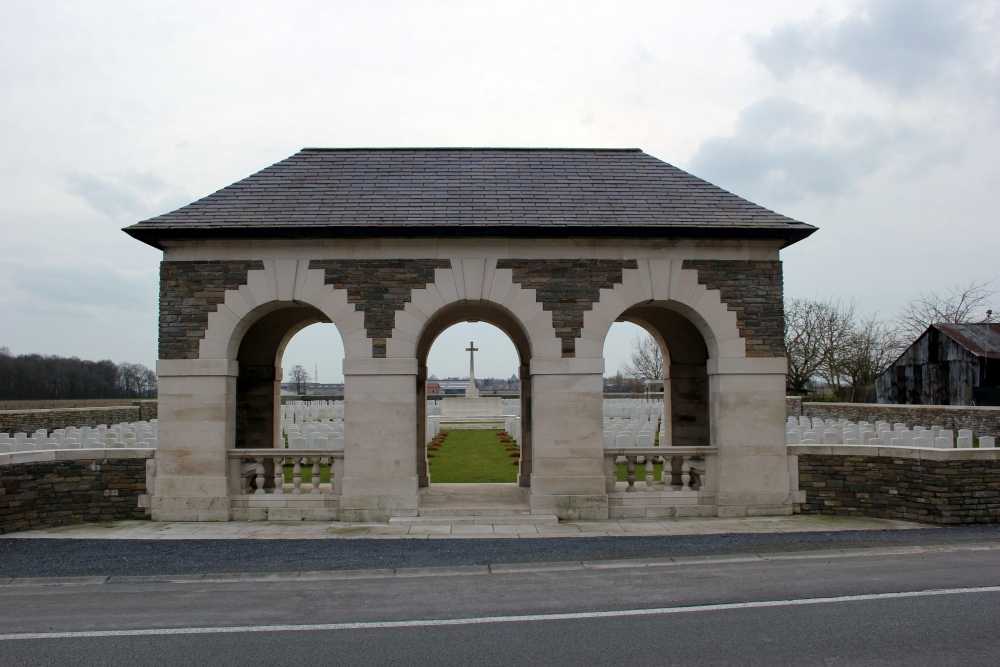 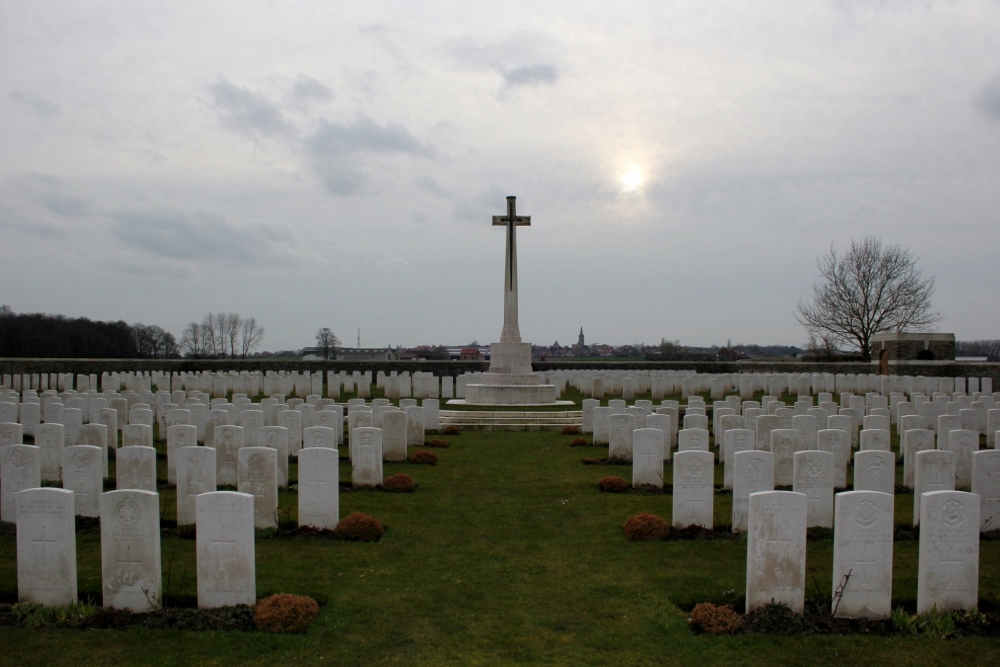 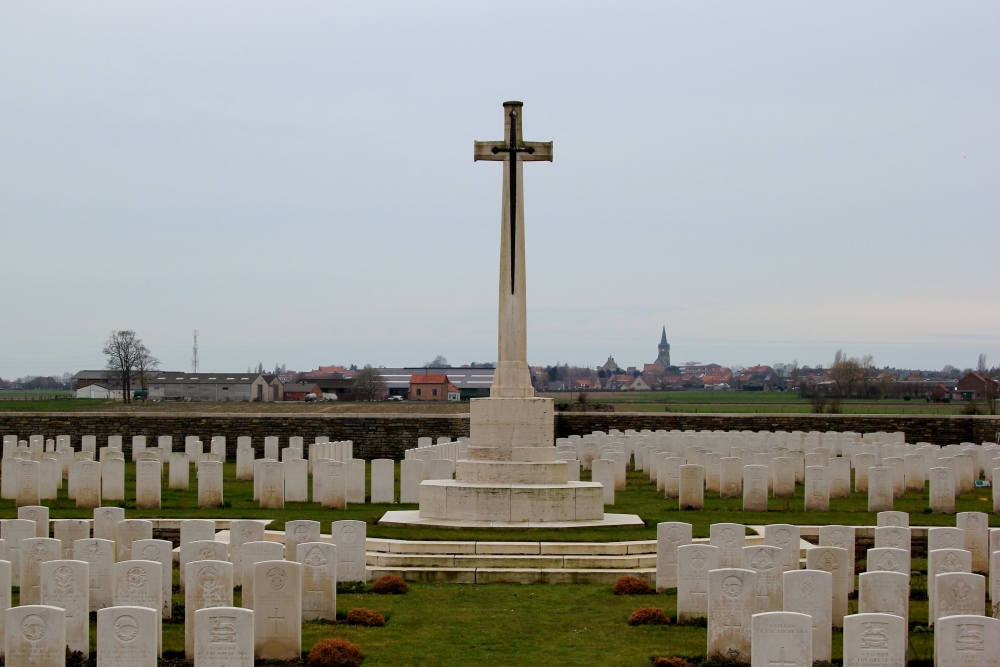 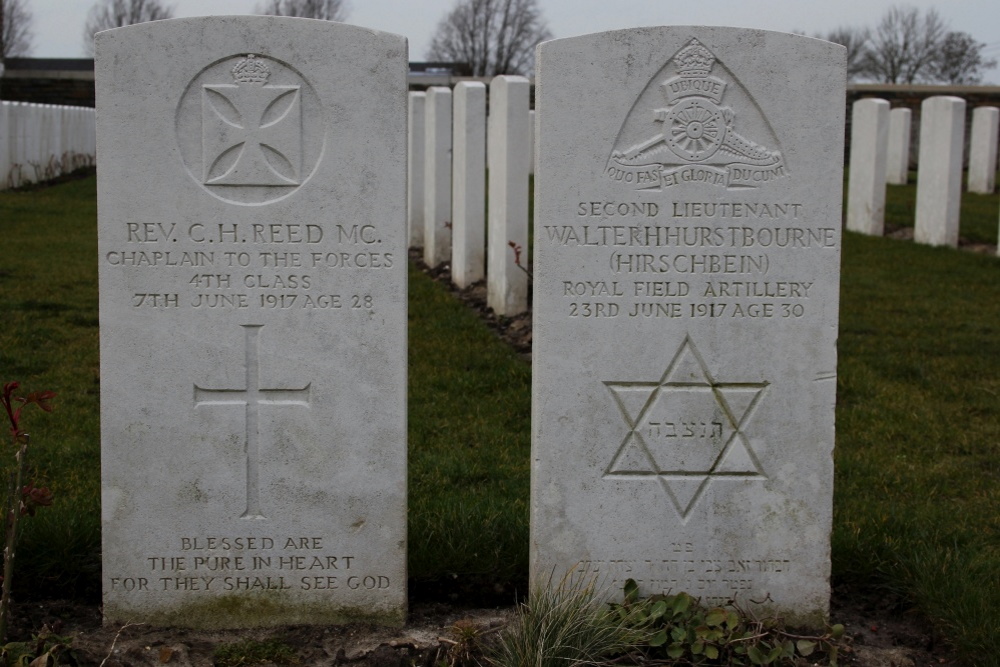 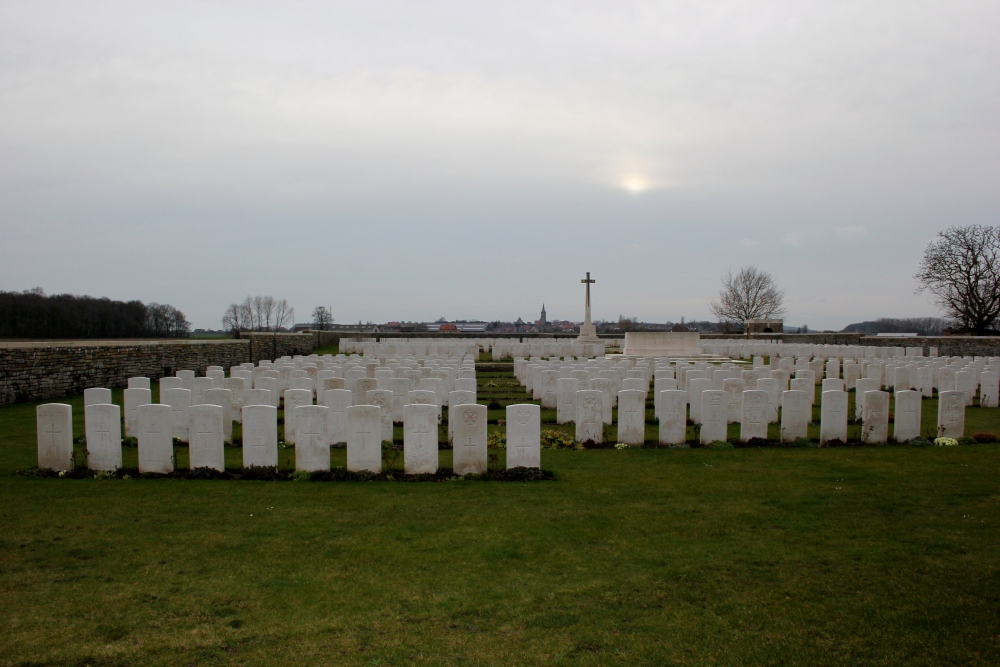 During the Second World War, the British Expeditionary Force was involved in the later stages of the defence of Belgium following the German invasion in May 1940 and suffered many casualties in covering the withdrawal to Dunkirk.

The cemetery contains 1,119 First World War burials, 783 of which are unidentified. Scattered among these graves are 117 from the Second World War, five of them unidentified.