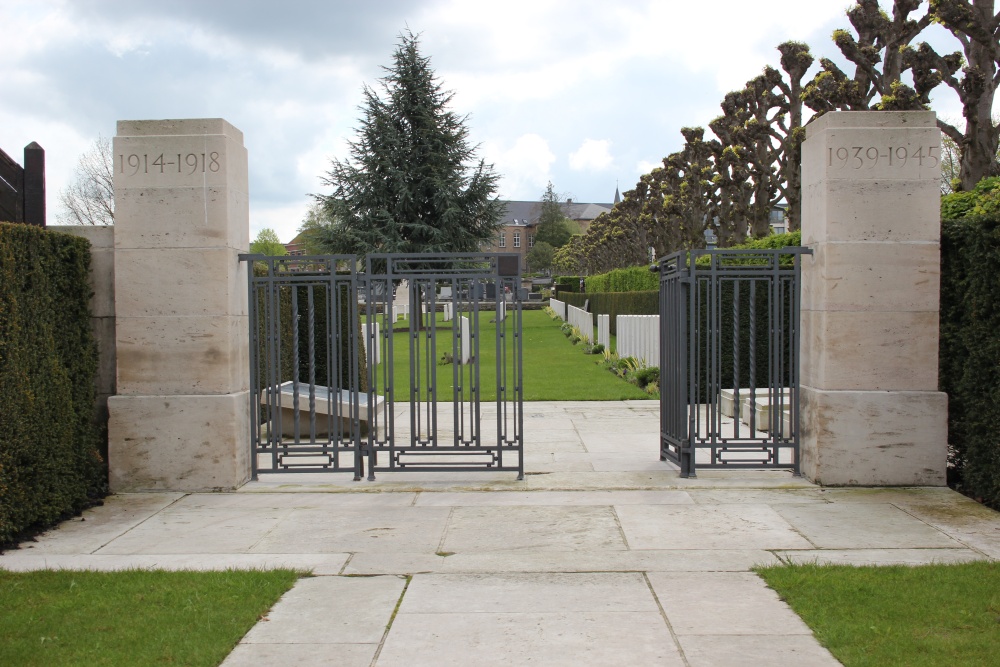 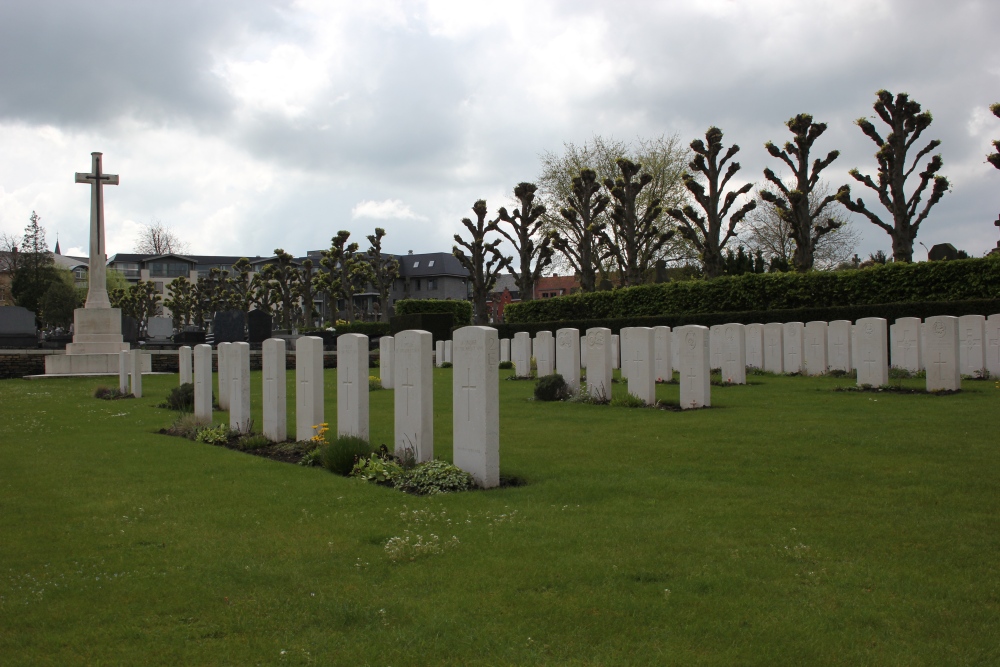 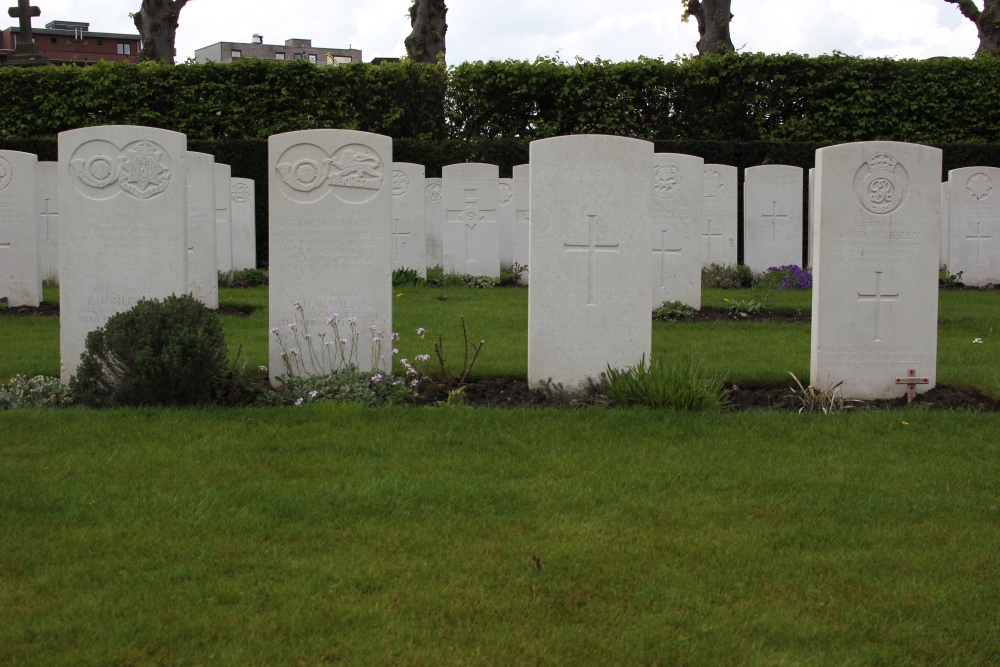 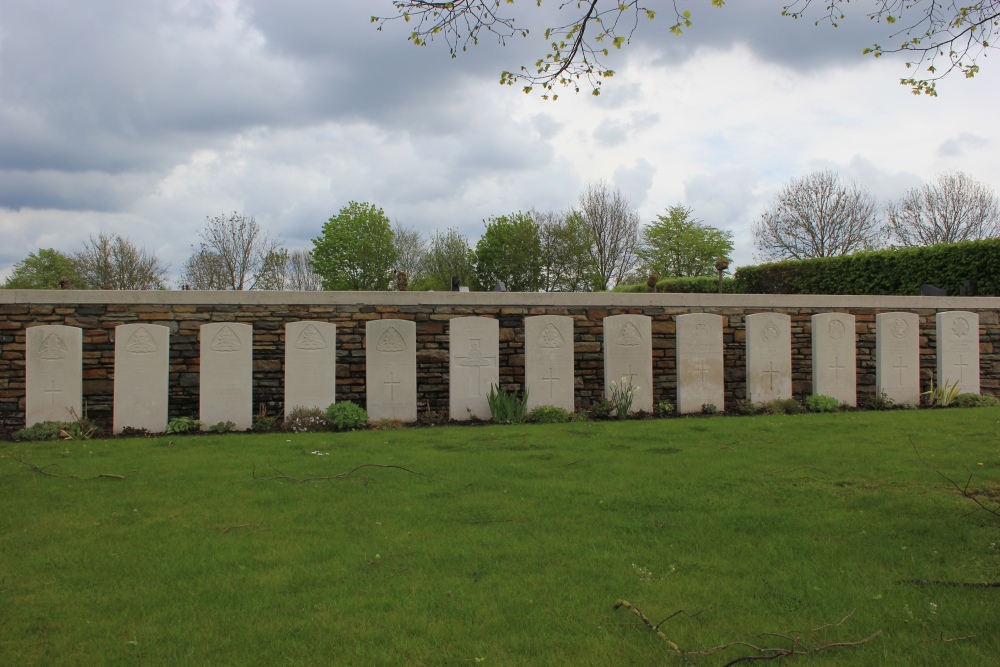 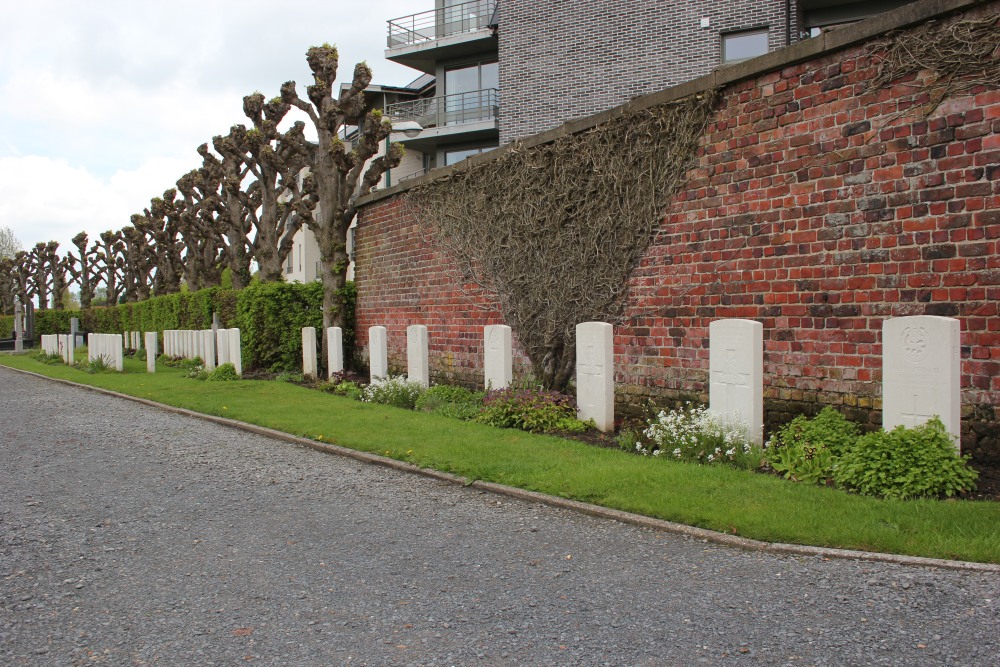 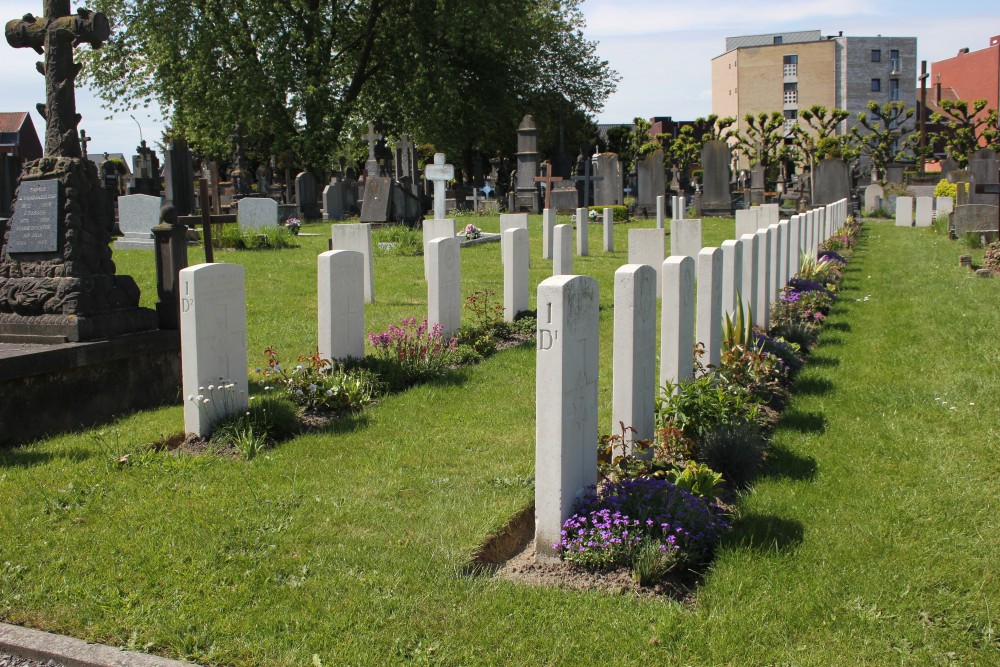 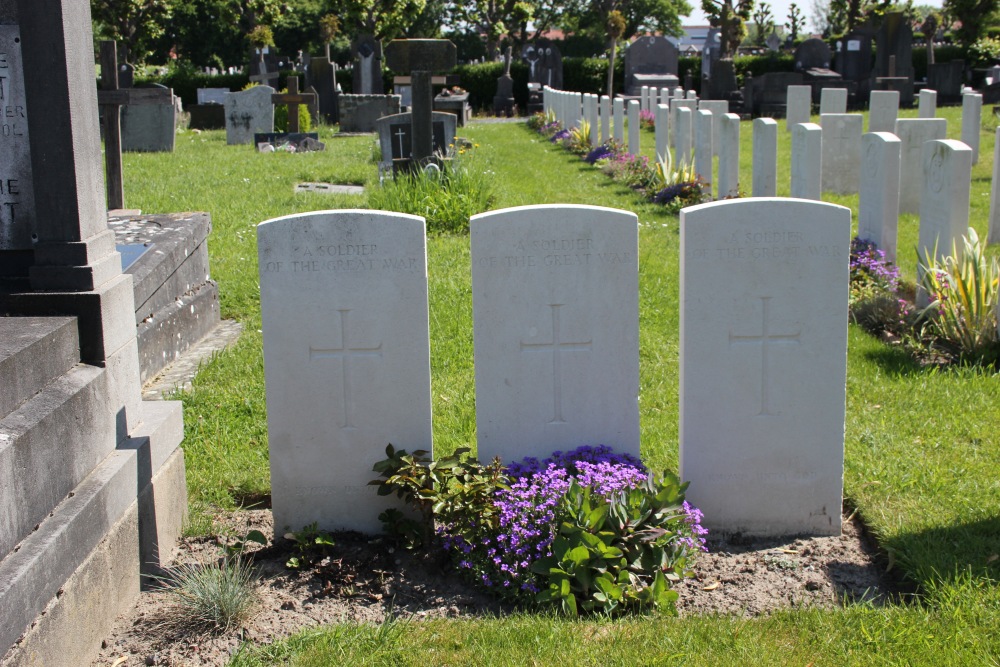 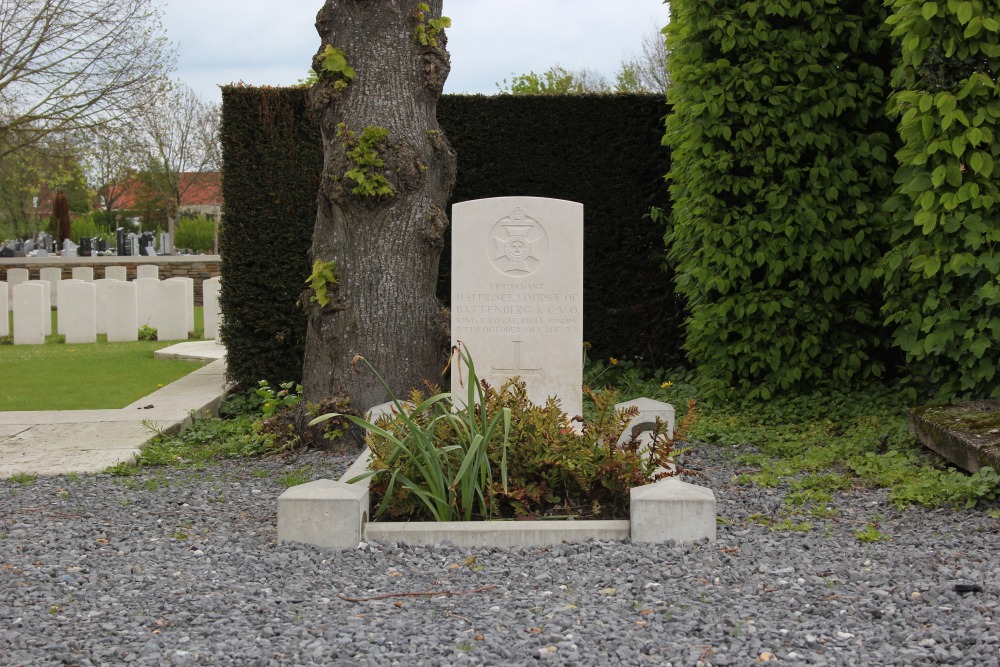 Ypres Town Cemetery contains the grave of Prince BATTENBERG, Maurice, Victor, Donald. He was lieutenant of the King's Royal Rifle Corps and was killed in action at Zonnebeke on 27th October 1914 at the age of 23.
Prince Battenberg was the son of Prince and Princess Henry of Battenberg and grandson of Victoria, Queen of Great Britain and Ireland, Empress of India.
In 1917 the family changed their German name to Mountbatten, an anglicised version of Battenberg.

Ypres Town Cemetery Extension contains 598 Commonwealth casualties of the First World War buried or commemorated. 137 of the burials are unidentified and there are special memorials to 16 servicemen known or believed to be buried among them.
Second World War burials number 43, of which 13 are unidentified.