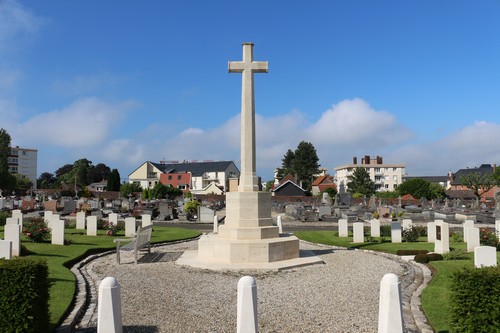 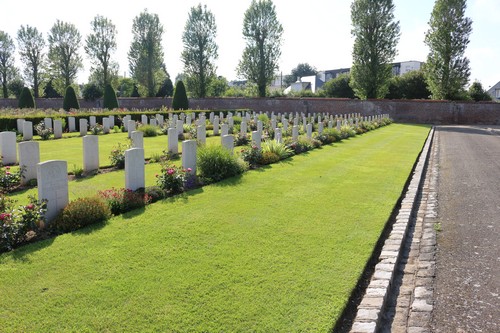 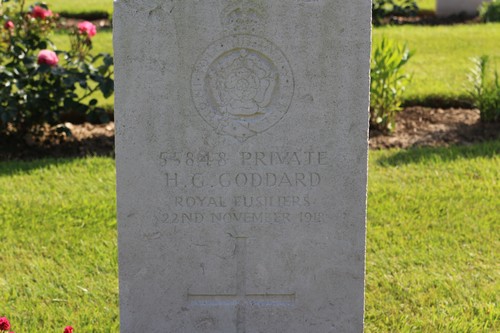 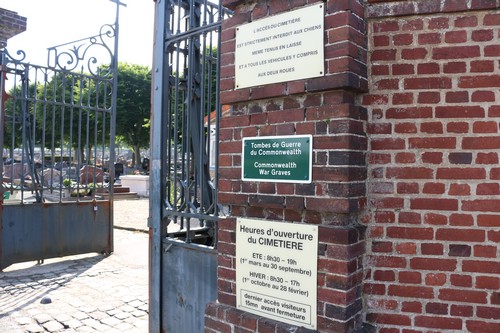 Dieppe was used by Commonwealth forces as a minor base from December 1914 onwards, particularly for supplies of small arms ammunition, forage and flour. From January 1915 to May 1919, "A" Section of No. 5 Stationary Hospital was stationed in the town.

During this period, 219 Commonwealth burials were made in Janval Cemetery, a large civil burial ground. Most of the graves form two plots in Section T, but there are also three burials among the French and Belgian military graves in Section U.

Section F of the cemetery also contains a small plot of 29 Second World War burials, mostly dating from the early months of occupation, before the evacuation of the British Expeditionary Force in May 1940. An American war volunteer is buried here.