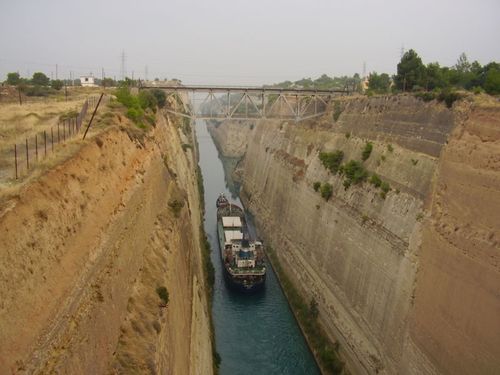 During the Second World War, the canal has been heavily damaged. On 26 April 1941, there was a battle to capture a bridge over the canal between German parachutists and British troops. The Germans captured the bridge. But the British troops had placed bombs on it. The bridge was blown up in German hands.

3 years later, during the retreat of the Germans, the Germans blokked the chanal by creating landslips, to blow up bridges,...