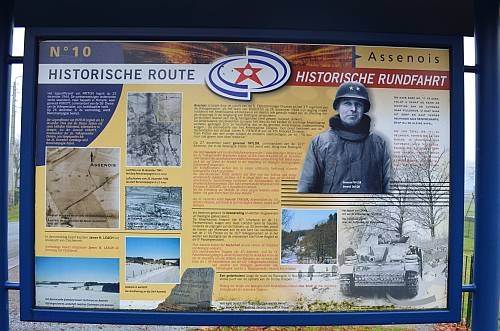 Patton's counter-offensive begins on December 22, 1944. The armored vehicles encounter strong resistance, particularly in Hompré. Where General Kokott, commander of the 26th Division of the Volksgrenadier, has his headquarters. On December 26, in the morning, Remichampagne is liberated.

Assenois is occupied by the paratroopers of the 5th Fallschirmjäger Division and the 37th regiment of the Volksgrenadier, when the Bogges team makes its advance on December 26, 1944, in the midst of American artillery fire, also taking advantage of the distraction provided by the droppings in the area. of Bastogne.
The fighters engage in a fierce scuffle (with rifle, bayonet, daggers). The United States forces are purging the village and castle, and some American soldiers behave so heroically that they receive the greatest American award - the US Congressional Medal of Honor. A plate recalls the exploits of Private James R. Hendrix of the 4th Armored Division. When Patton presented the medal of honor to a young soldier, he said, "I would give my soul for this medal."

On December 27, General Taylor, commander of the 101st Airborne, who was on leave in the United States, returns to Bastogne.

The supply is done via Assenois and the wounded are evacuated from Bastogne. The American forces (the 87th Infantry and the 11th Armored Division) manage to keep this corridor open, despite the attempts of the Germans, on December 30, from the forests of Marenwez on the one hand (the survivors of the 1st SS Panzer and the 167th Volksgrenadier) and to the west of Bastogne from the other side (the Führer Begleit and the 3rd Panzergrenadier).

A memorial stone along the Bastogne route in Neufchâteau commemorates the furthest point of the advance of the German troops.

To go to board 11
From the church, follow the direction of the motorway to Villeroux. You go to this village and continue straight on to Senonchamps. Stop at the small chapel. 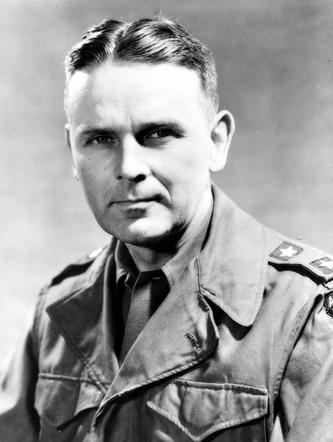