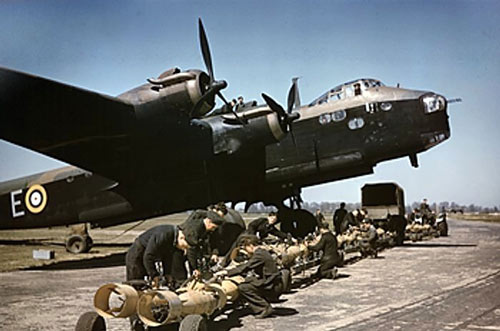 At the General Cemetery in Gemeaux is one Commonwealth war grave. It is the grave of F/O George Edward Brown. On March 3, 1944 at 20.50 departs from Lakenheath airbase, the Stirling EE957 with the special operations mission "Operation Fontain Francaise". Above France the plane was hit by a German night fighter, four of the seven crew members baled out, after that the plane crashed near Gemeaux. In the crash, three crew members got killed, one is buried in this cemetery, the other two are buried at the General Cemetery in Is-sur-Tille. Four crew members survived the crash, three of the four were taken prisoner and one managed to escape.

Photo 5 is a photograph of a Short Stirling MK.III, a heavy bomber, similar to the plane that crashed here.