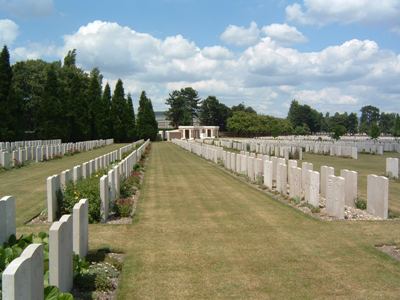 Next to the chapel there are 328 graves from the Second World War (18 of them unidentified). There are also 8 Foreign National burials here.