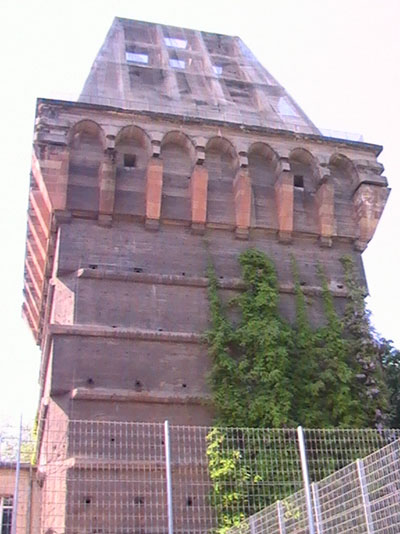 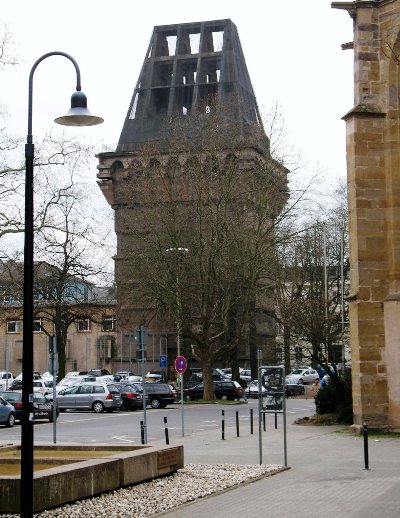 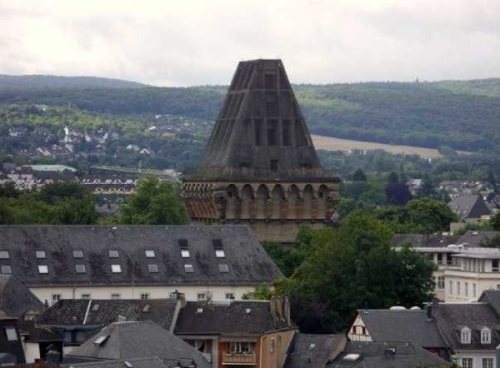 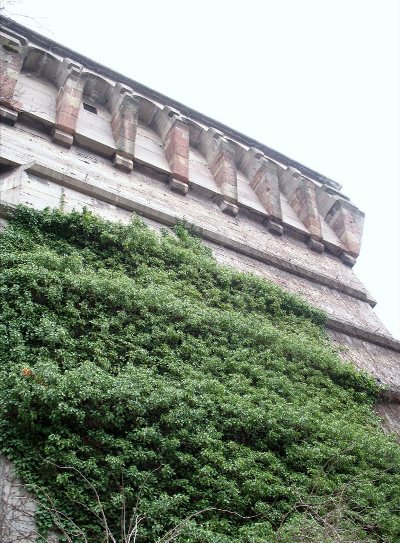 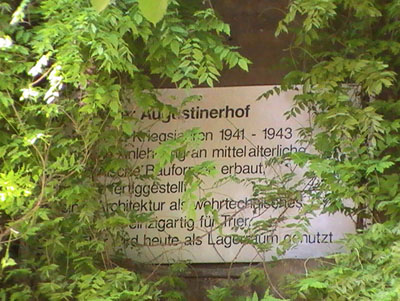 The Air-raid Shelter (in German: Hochbunker) was built on the Augustinerhof, right next to the town hall of Trier. The bunker is 38 meters high and the construction of this bunker was never completed.

In 1942 the Germans started with the construction of the bunker. The bunker was intended to protect the local officials and civilians against allied bombing. The roof has a special pointed shape, which had the to rebound the dropped bombs, so these bombs will explode in the ground next to the bunker instead on the bunker itself.

Right next to the tower-shaped bunker there is still a so called "Flachbunker".

It's worth to make some pictures of the bunker, but visiting the bunker itself is not possible. It is also surrounded by a fence and wild vegetation.