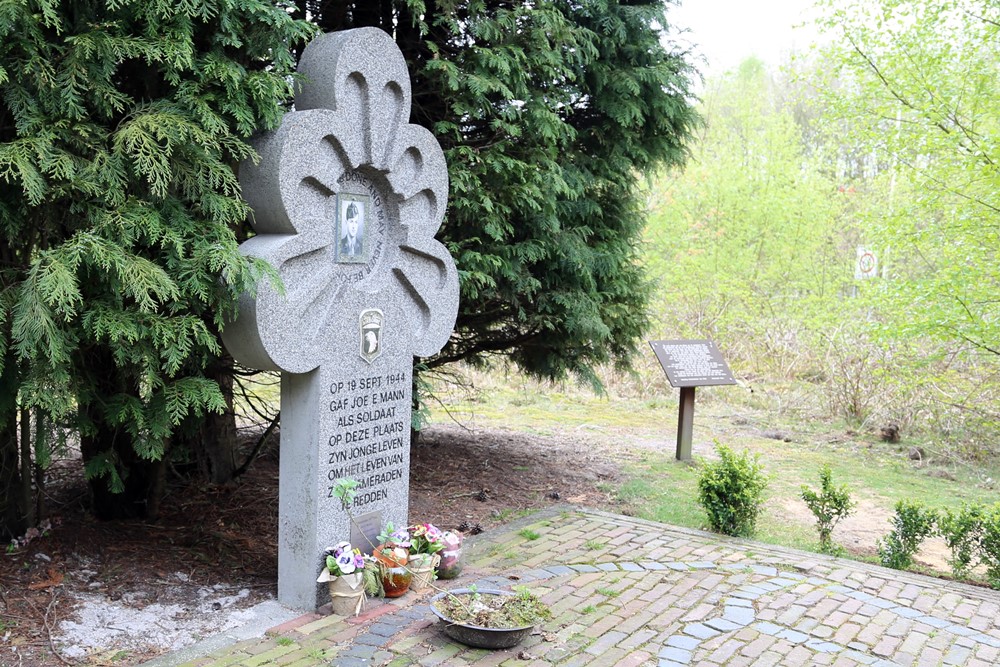 The text on the sign close to the Memorial is as following:
Close to the original place of where Joe Mann died in action on the 19th of September 1944 was this memory stone revealed in 1984.

The American paratrooper Joe Mann was involved with the capture of the bridge over the Wilhelminakanaal. He saved the lives of his comrades, by intercepting a grenade with his back.
For this act he posthumous received the highest American military distinction: the Medal of Honor.

The memorial stone was designed by A. Jacobs and manufactured by the Royal IBC in Best.