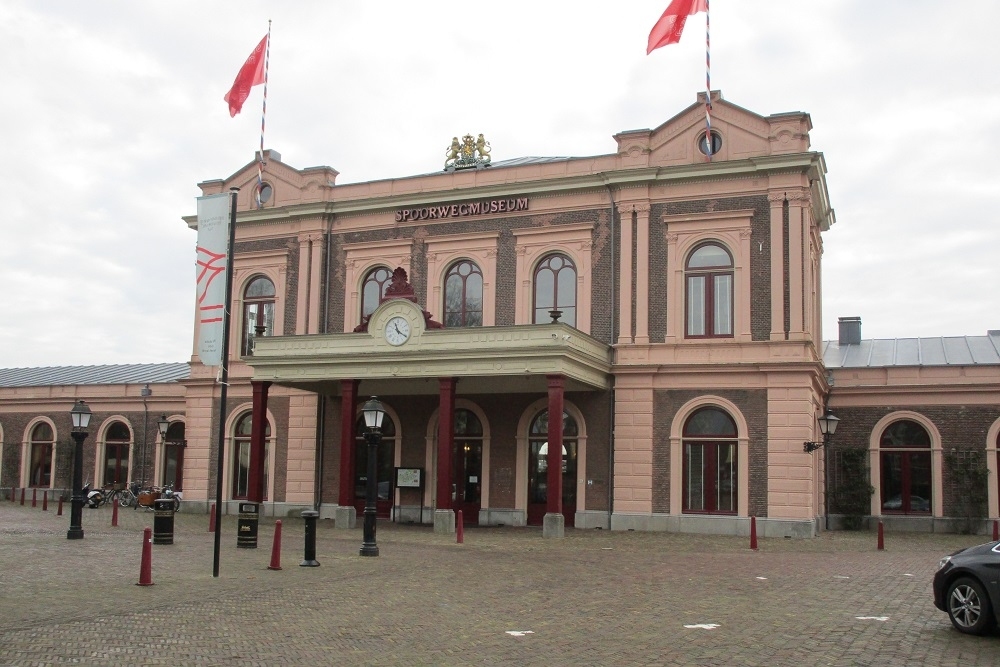 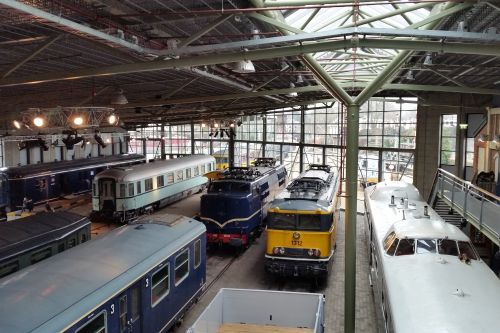 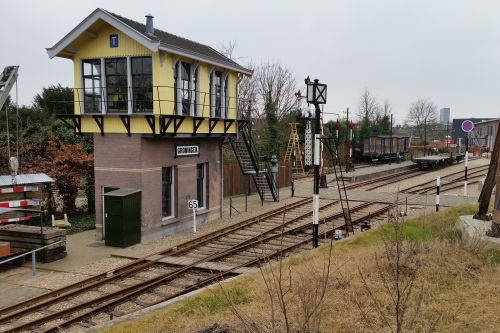 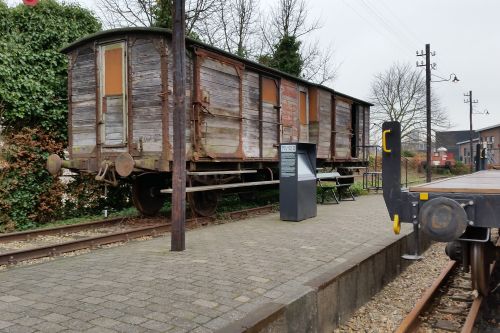 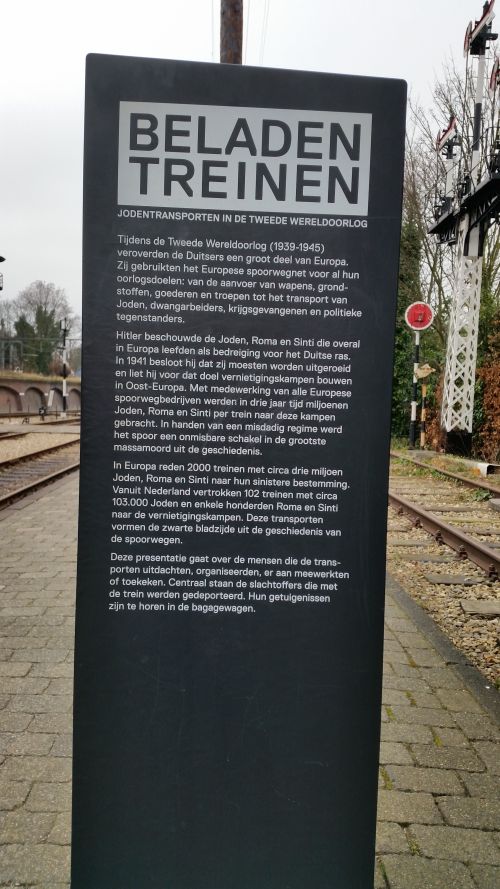 The "Dutch" Railway Museum is a museum about the history of the railways in the Netherlands. In the museum you can find objects, models and original railway cars. In the archives, the library and among the locomotives and cars are several objects which played a roll during the Second World War.

The locomotive with the clearest relation to World War Two is the "Longmoor" locomotive WD 73755. The "Longmoor" was a type that was developed for the British War Department (WD) to serve with the Longmoor Military Railway Corps, which transported British men and material in liberated Europe. WD 73755 (at first named WD 5080) was shipped to Europe in 1945 end leased by the Dutch Railway in 1946 (as NS 5085). It was bought by the Dutch in 1947. From the Longmoor type also a smaller War Department locomotive type was developed which served with the Dutch as series 4300.

On the terrain outside the museum a luggage carrier from 1914 can be found on a side track. It was retrieved in 2002 in Rumania. During World War 2 such carriers were, beside freight cars and third class personal carriers, used by the Nazis for the deportation of the Jews from the Netherlands to the extermination camps. The carriage is part of the permanent exposition "Loaded Trains". On the platform there is an information console and inside the carrier you can listen to witness accounts of people who experienced the deportations.