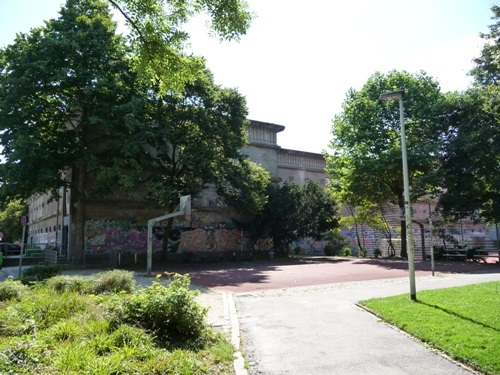 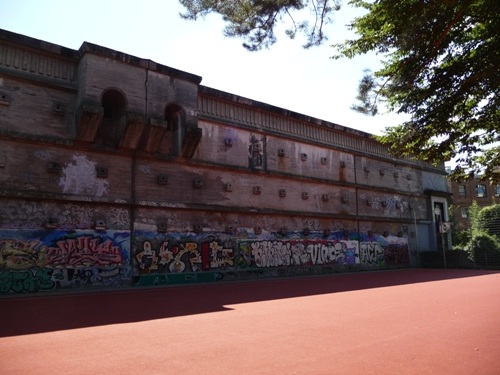 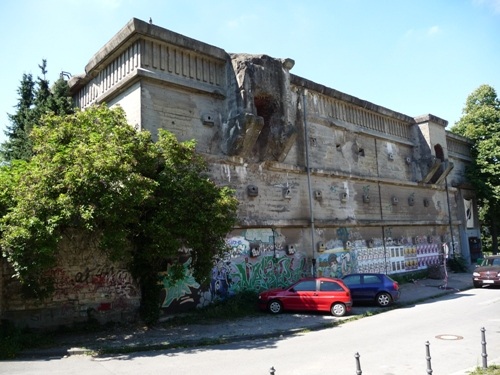 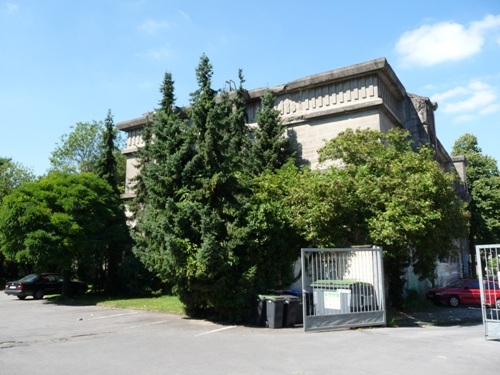 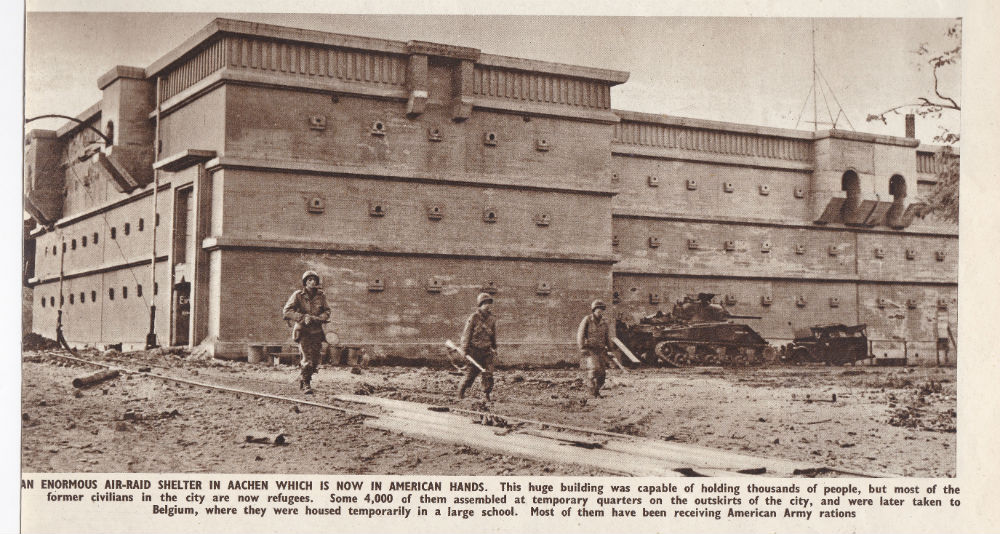 This air raid shelter (in German: Hochbunker) is situated at the Goffartstraße, close to the centre of Aachen. During bombardements people could find shelter here. With a length of 76 meters it was the largest bunker of Aachen.
During a bombardment the bunker was hit by a 1000kg-bomb. The roof was not punctured by the explosion and inside the bunker nobody was injured.

Nowadays the bunker is used for concerts.