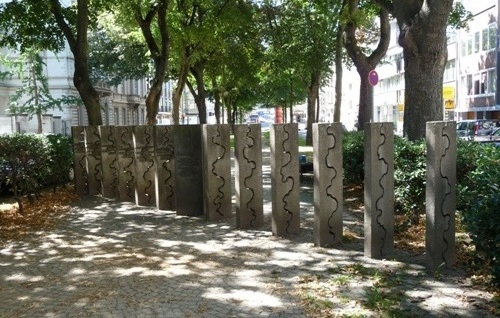 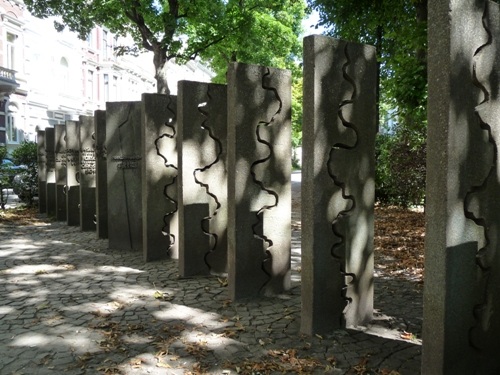 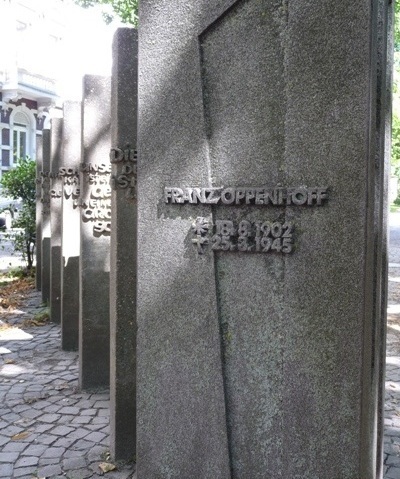 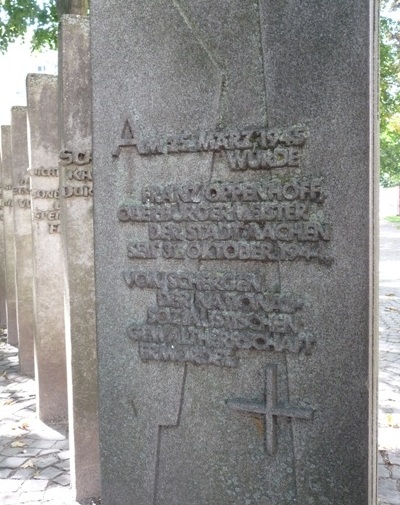 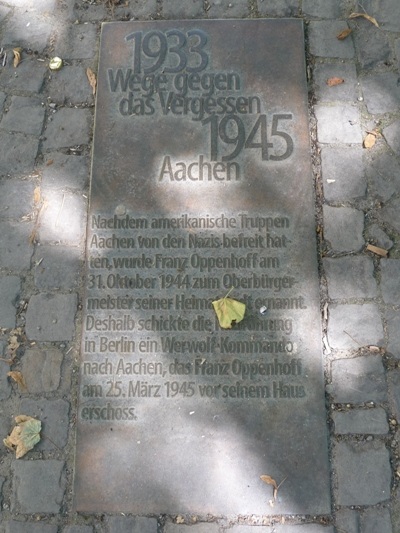 Franz Oppenhoff was shot on March 25 1945 at his home in the Eupener Str. On 31 October 1944, he was installed by the Americans as mayor of Aachen. By the Nazi leadership in Berlin, he was seen as a collaborator and from Berlin a Werwolf murder squad was send after him. They landed with parachutes near Aachen and murdered him a few days later in front of his home, nearly five months after the liberation of Aachen.

The plaque in the pavement is part of the project "Wege Gegen Das Vergessen" (Ways Against Forgetting).