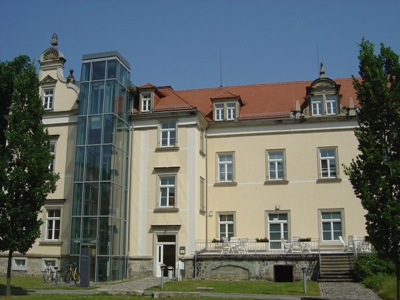 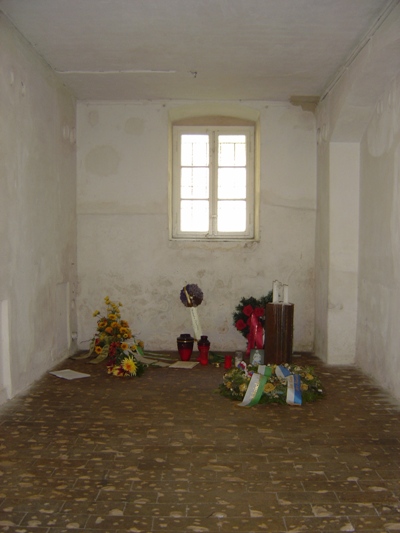 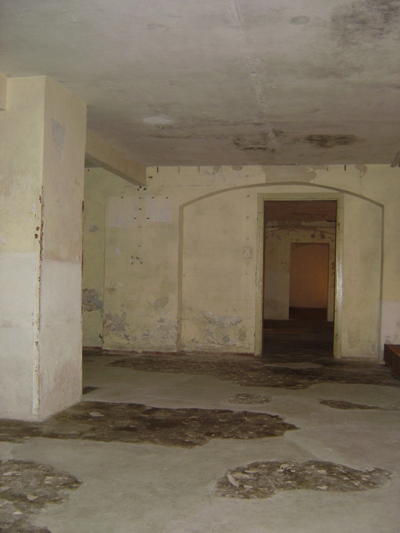 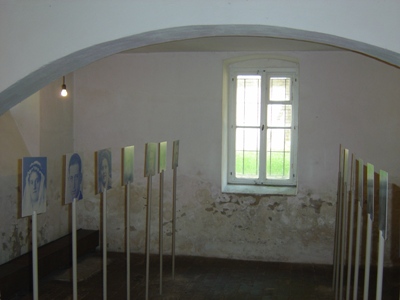 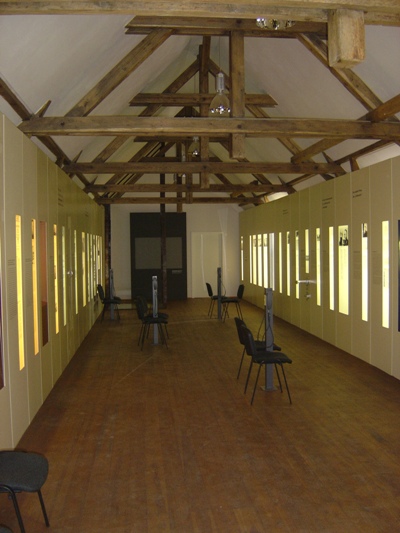 Sonnenstein in Pirna was one of the places where the euthanasia-programme 'Aktion T4 was performed.

This operation was the massacre of psychiatric patients and people in nursing homes. Nearly 200,000 people have been killed in this operation, 70,000 of them were gassed in six secret euthanasia-institutions: Grafeneck, Brandenburg, Hartheim, Pirna-Sonnenstein, Bernburg and Hadamar.

In 1940 and 1941 were 13,720 patients murdered in Sonnenstein. In addition, there are at least 1031 prisoners from the Buchenwald, Auschwitz and Sachsenhausen concentration camps gassed, when these camps themselves had no gas chamber or another murder-centre.

Sonnenstein, which was a psychiatric hospital before the war, was a clear forerunner of the extermination camps, with in the basement next to each other a room for undressing, a gas chamber that looks like a shower, a corpse-room where also gold teeth were extracted from the bodies and a crematorium with two ovens and a bone mill. The knowledge that has been acquired here was used in the creation of the extermination camps Belzec, Treblinka and Sobibor. One third of the staff moved also to these camps.

In 1942 Sonnenstein was dismantled and turned into a military hospital. All rooms and some remnants of the murder-factory are still present and still impressive. On the attic is a large documentation centre.

Eagle with Swastika on Tunnel - Müglitztal