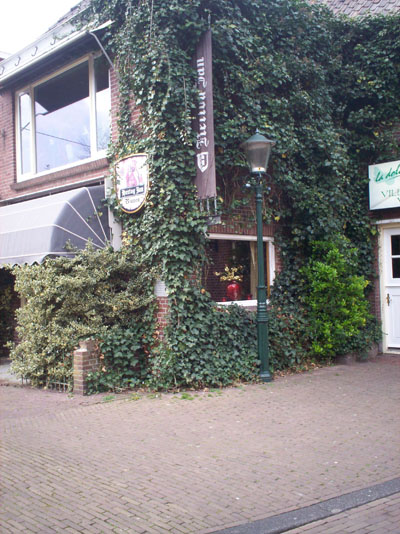 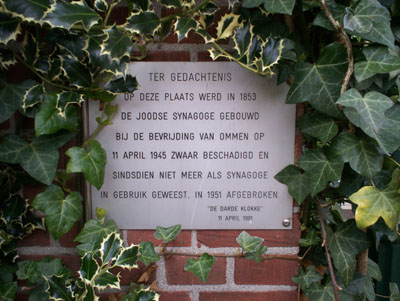 At a pizzeria on the corner Varsenerpoort-Middenstraat, at the place where the synagogue of Ommen stood, now hangs a plaque. The inscription reads:
'On this place the Jewish Synagogue was built in 1853. The liberation of Ommen on 11 april 1945 heavily damaged the synagoge and it was after the liberation no longer in use as a synagogue. In 1951 demolished . "

In November 1942, all Jews in Ommen were deported to Westerbork, except for one family who had a secrete hiding place. The deportees were killed, most in Sobibor.