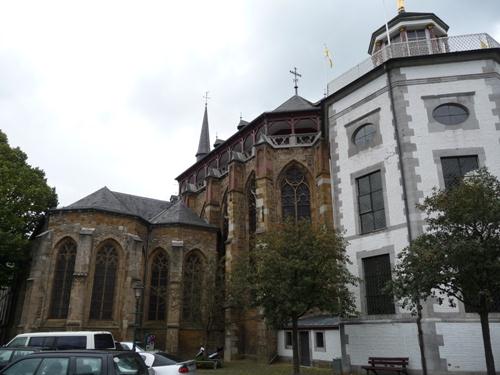 Kornelimünster was liberated by the Americans on September 14, 1944, after te crossing of the German border on 12 September. On 22 September, in the Abbey Church (Abteikirche, which had remained fairly undamaged) the first American church service was held on German soil, led by the Archbishop of New York and military Bishop Francis Spellman, who later became cardinal.

At the service, the population of Kornelimünster was also welcome and the Mass was given by the local Priest Gregor Kerst.