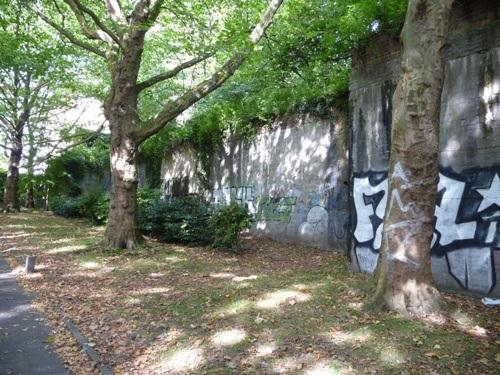 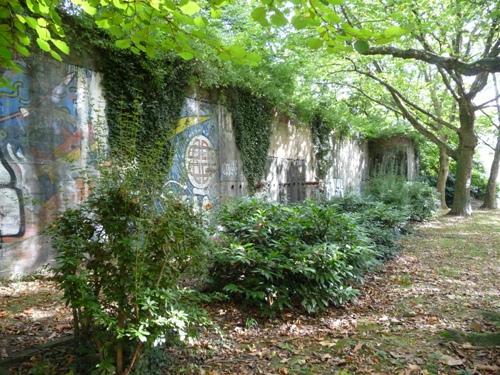 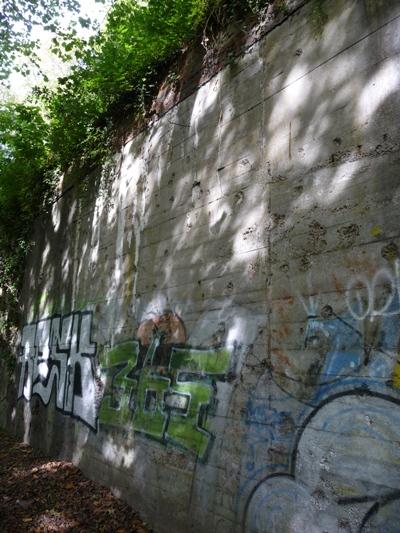 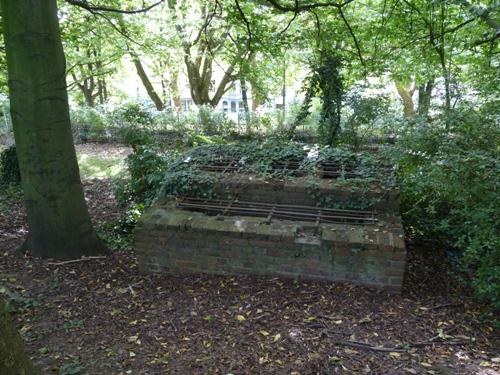 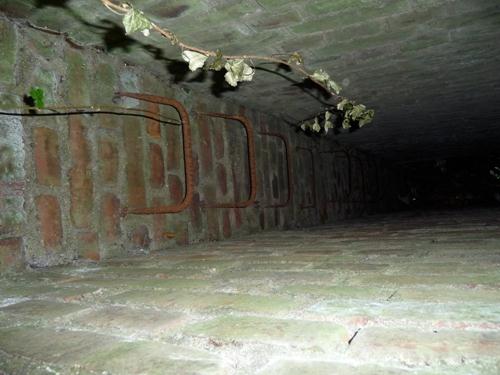 During World War II, this anti-aircraft bunker was build in the slope of Salvatorberg hill. On the roof of the bunker there were 8.8cm anti-aircraft guns, and there is still the ammunition elevator that supplied the guns from the inside.

Many marks of the battle are visible at the facade of the bunker.