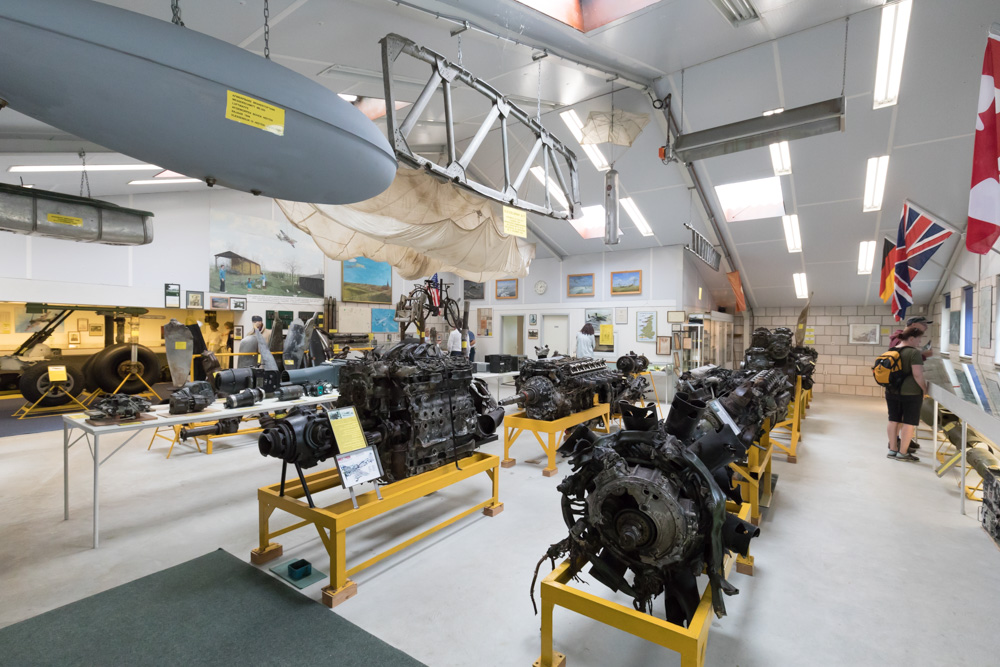 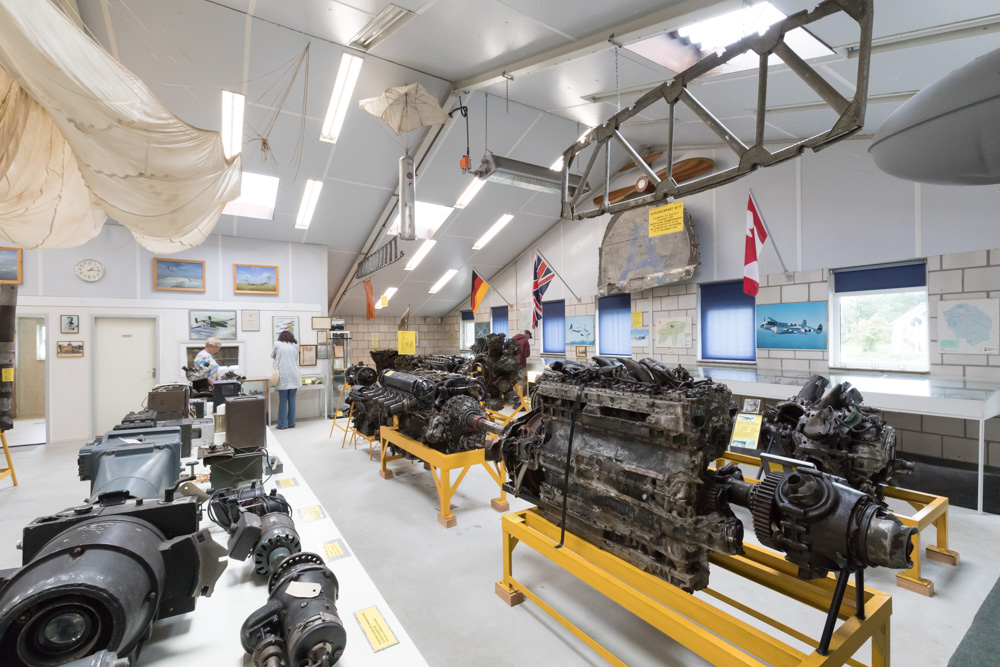 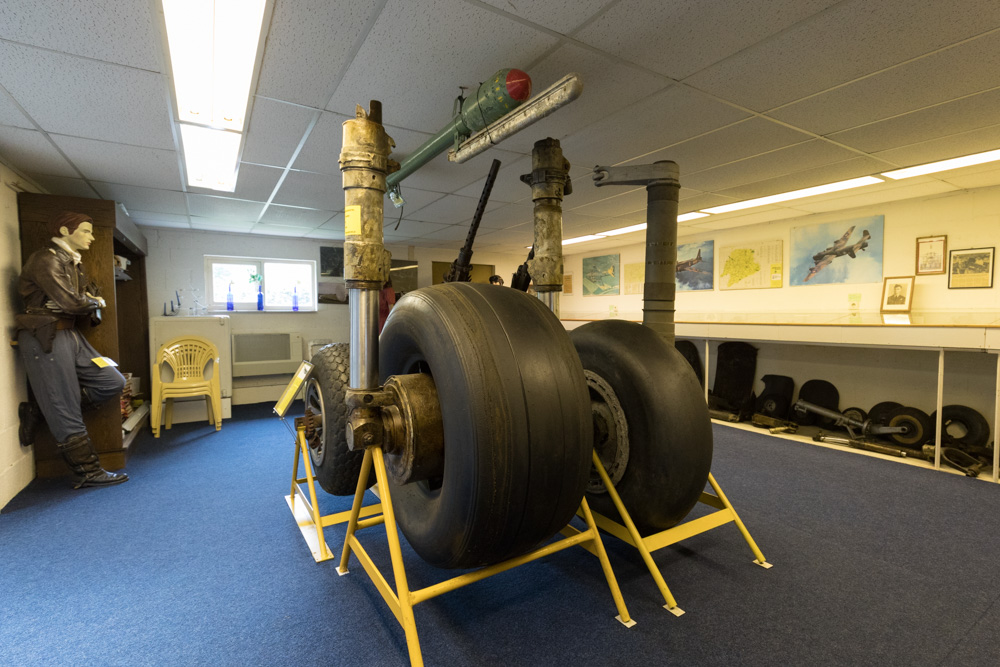 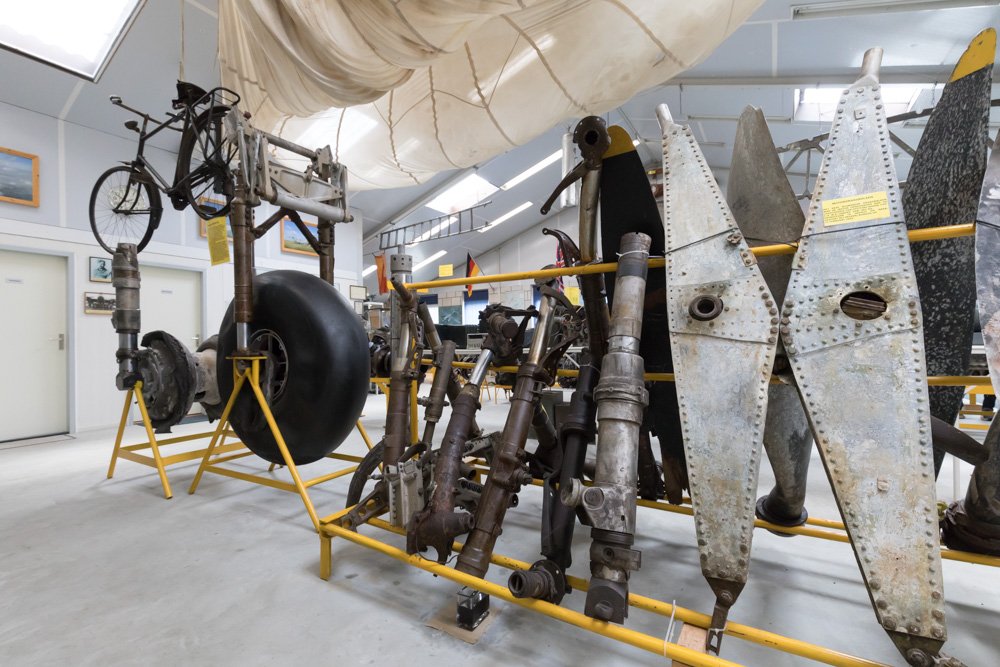 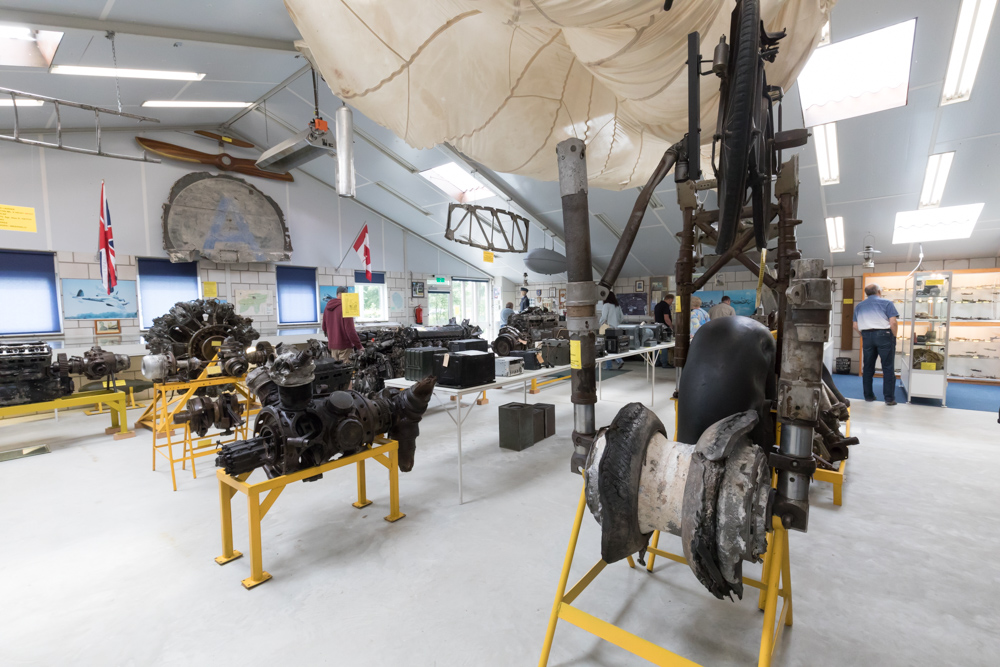 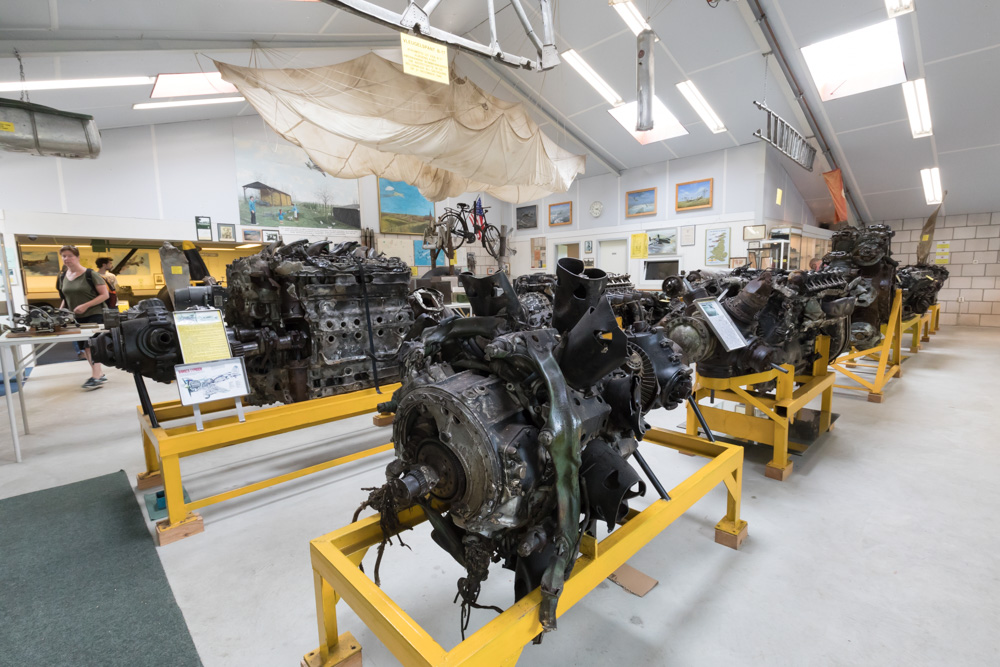 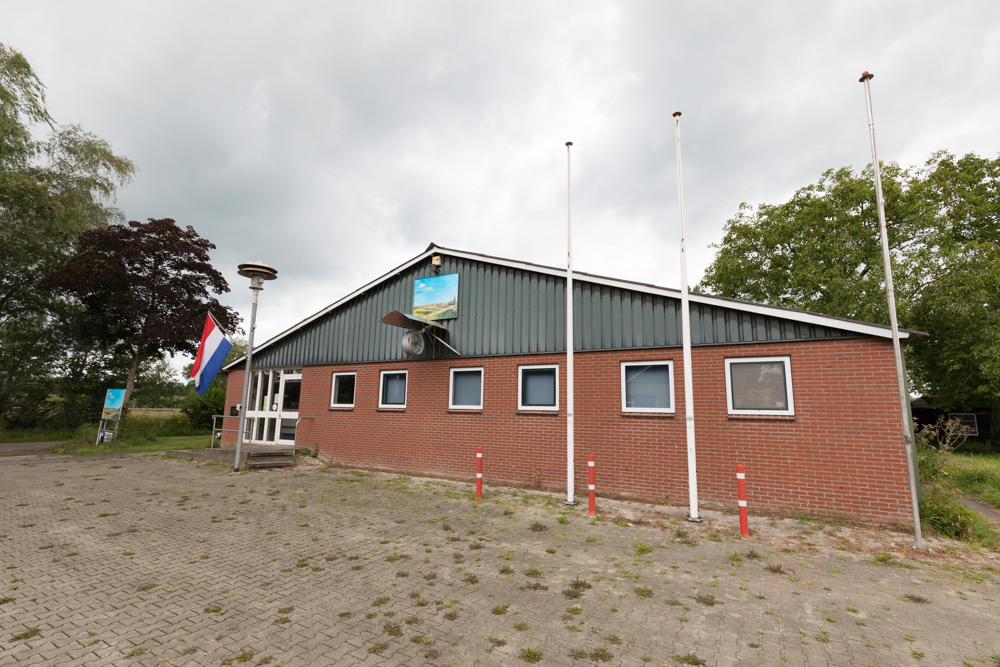 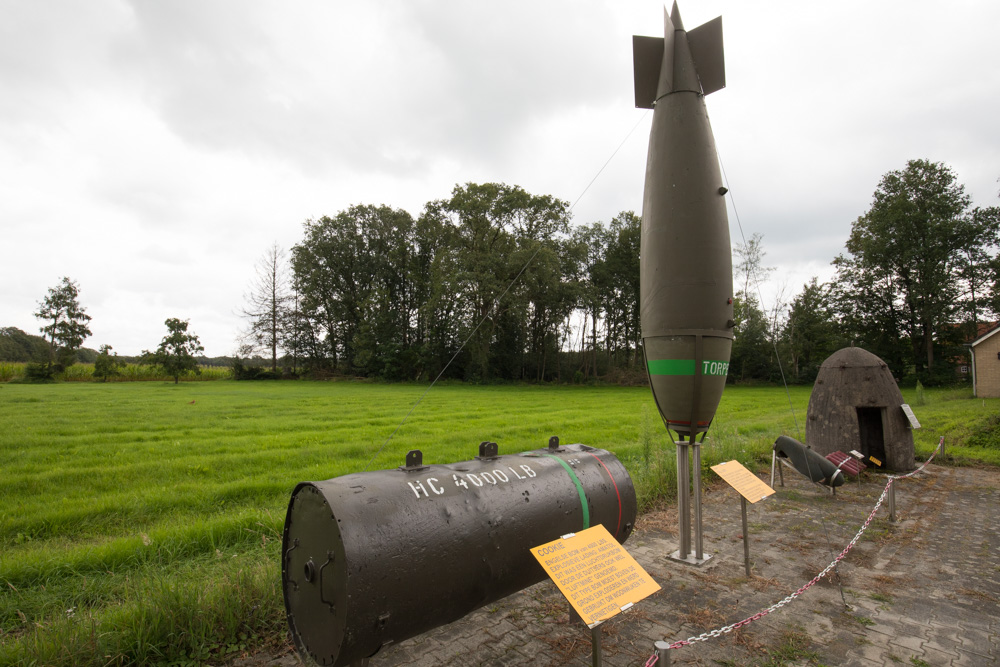 This exhibition illustrates the technical aspects of aerial warfare from 1940 to 1945.

The air forces of England, the United States and Germany had numerous different types of aeroplane in active service and remnants of a number of them are shown - for example, engines, propellors, undercarriages, wing panels, oxygen cylinders and cockpit instruments. In addition there are other items which were on board when the plane crashed, such as flying kit, navigational documents, guns, ammunition and radio equipment.

During the Second World War some 7,500 planes crashed in the Netherlands, about 400 of these came down in the Achterhoek area and 90% of the objects in this exhibition have been excavated by the organizers since 1972; the remaining 10% was in private possession, mostly being stored in attics and similar places.

The crash sites of many of the planes that took off from England and Germany are still unknow and the crews are still registered as "missing in action". AVOG's aim is to help to reduce these lists,while at the same time preserving a period of the Achterhoek region's history for posterity.