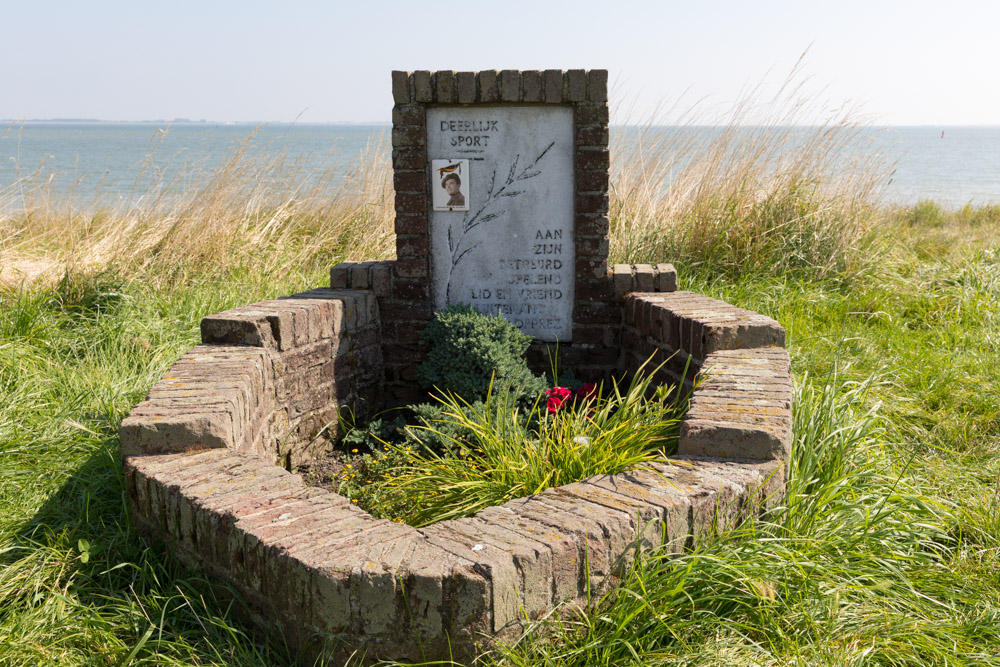 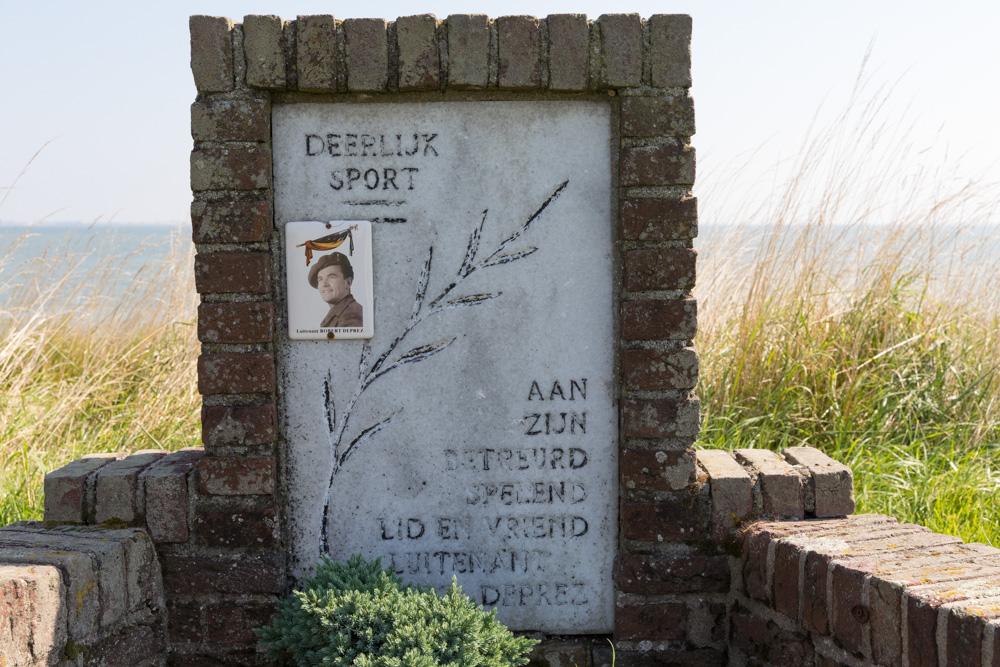 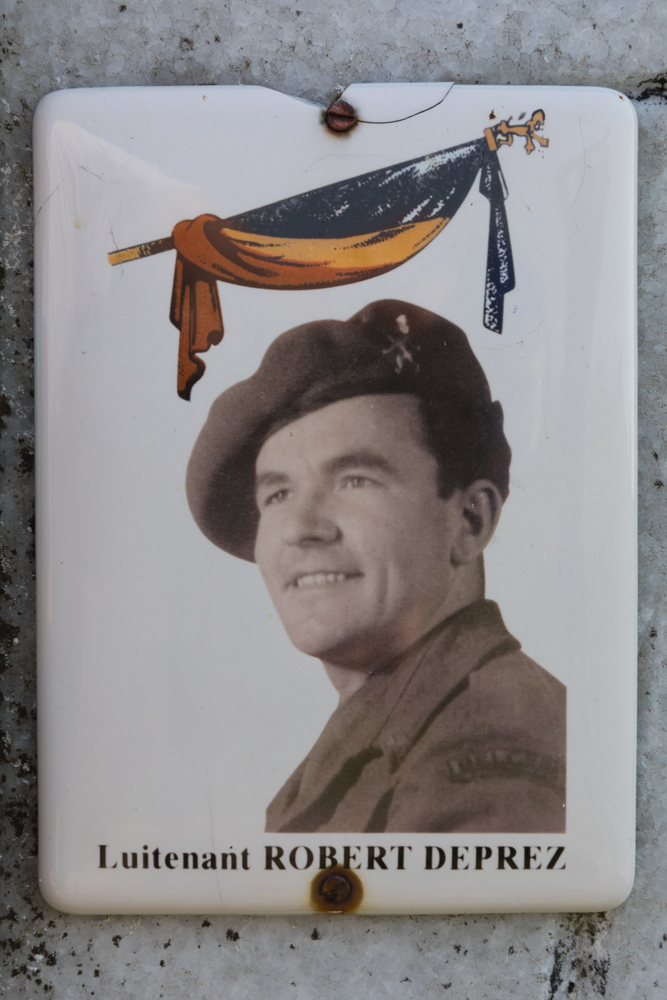 The inscription on the plaque above and beside the picture of Lieutenant Robert Deprez:
Sadly step
To
his
Sadly
Playing
Member and friend
Lieutenant
Robert Deprez.
With laurels as a tribute to the victims.

The following text can be read on the back of a laminated A4, which is located on the inside of the monument:
The Three Musketeers of Harelbeke

This QSL is a tribute to the three musketeers of Harelbeke, Belgium in World War W II
Robert Deprez (*1921), André Schaepdrijver (*1920) and Marcel Becquaert (*1920) left on Harelbeke the 13th of july 1942 towards Great Britain, via France and Spain. On 8th of june 1943 friends in Harelbeke heard the message, broadcast by the BBC: "The three musketeers have well arrived". All three entered the secret service. After their training as a marconist, they were brought into action in important missions in occupied Belgium. Only one of them would survive the war. The Lucullus-troilus-mission Robert Deprez (codename Lucullus) and Albert Giroulle (codename Troilus) were part of the mission. On 30th of March 44 the agent left on a Halifax. Lieutenant Deprez was distending to function as a liaison officer in the Belgium SecretArmy and had to be dropped in the region of Ellezelles (Ronse). Their airplane was shot down above the Western Schelde. Only five the then crew members survived the crash. Robert and Albert were considered as being missed. The Velutus-Patrolus-mission. André and Marcel were on a plane for their mission. Their task was sending information, seeking dropping areas in Limburg and organizing droppings fot the SecretArmy. In the region of Lyon (France), the Halifax was heavily shot by the German anti aircraft defence. The pilot managed to hold the plain in the air and finish the mission. Marcel Becquaert was dropped in Fumal (Liege). He was waited by resistance fighters. André Schaepdrijver was dropped near Spa. When they had leave of each other, they didnt know it would be for ever. On the 17th of August 44 André was held by the Gestapo while sending information to England. He was carried away to the Mauthausen concentration camp, where he die don the 1th of February 45. Becquaert had the disposal of 4 TxRxs and 1Rx. Every two days he radioed to Great-Britain. After trying tob ring the dropped weapons, ammunition and explosives to Antwerp, he was held by the Sicherheitsdienst, together with the Limburg resistance fighters. The boat-hand who would bring the material had learnt about the contend and warned Germans. Becquaert got shut up in the camp of Breendonk. Because the allied troops had step across the Belgian border, he was brought to the Sachenhausen concentration camp via Vught (Netherlands) and then the Rathenow labour camp. Together with some prisoners, he was liberated on the 27th April by Russian troops. After the war, he made career in the army. He retired in de rank of Colonel. (he died on 7 July 2004)