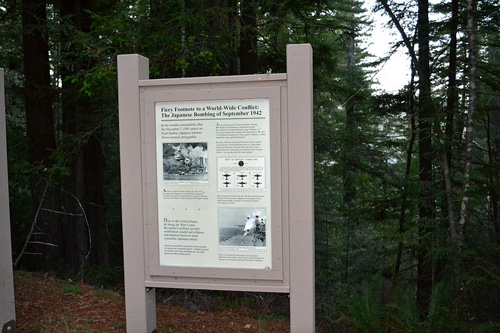 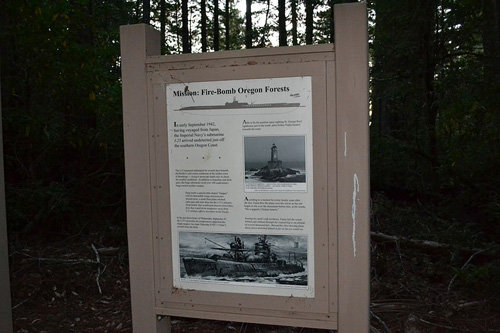 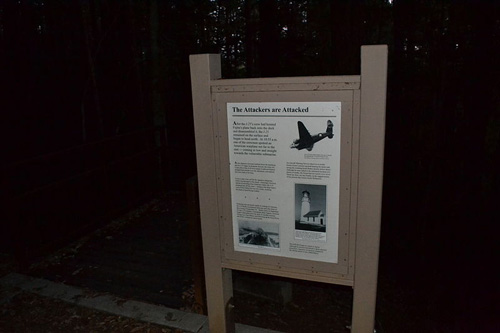 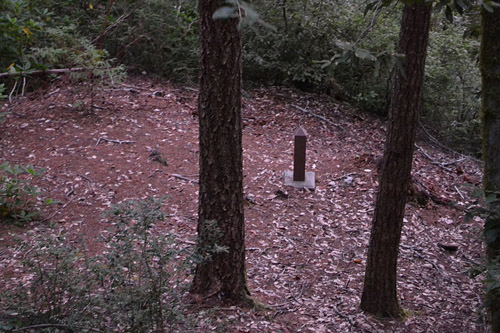 On 9 September 1942 the continental United States was bombed for the first time by the Imperial Japanese Army during World War II. A Yokosuka E14Y flying boat that was piloted by Nobuo Fujita, bombed Mount Emily with incendiary bombs in an attempt to cause a large forest fire. The damage was limited by the rapid intervention of a patrol of Fire Lookouts and the favorable weather conditions

Today, the site of the bombing can be visited. There are several information boards standing here.