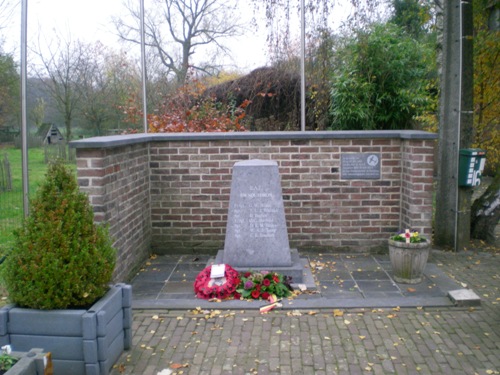 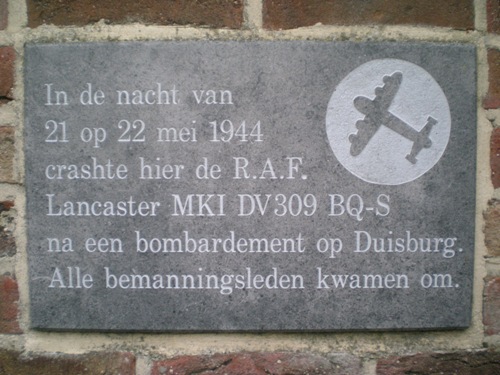 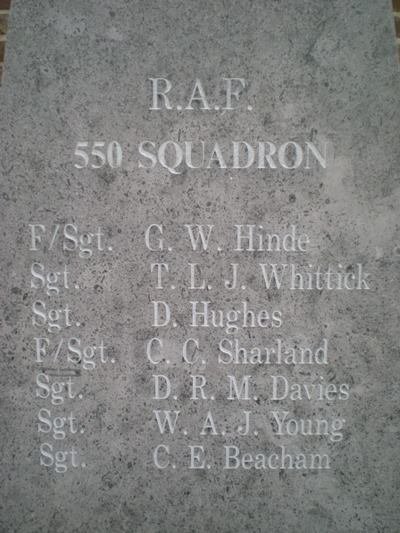 On the night of 21/22 May, 1944, Bomber Command sent 510 Lancasters to Duisburg and lost 29; 550 despatched 18 aircraft and lost 3 - 550''s worst night. One of the three not to return was Flight Sgt GW Hinde and crew flying DV309, BQ-S. They crashed at 0151 on the outskirts of Westerlo and all crew members were killed. German records show they were shot down by the German night fighter ace, Oberstleutnant Heinz Wolfgang Schnauffer who finished the war with 121 kills, all bombers. The bodies of the navigator and wireless operator were never found - an indication that something catastrophic occurred. At more or less the same time, another Lancaster from 626 Squadron also crashed very close to Westerlo. The Germans quickly cordoned off both sites and removed wreckage and bodies. It was never firmly established which crash belonged to which aircraft until in 1997 a piece of wreckage was found bearing the number of the 626 aircraft. This established that the 550 aircraft crashed at Schobbroek and the 626 aircraft at Herselt.

The whole crew died during the crash :