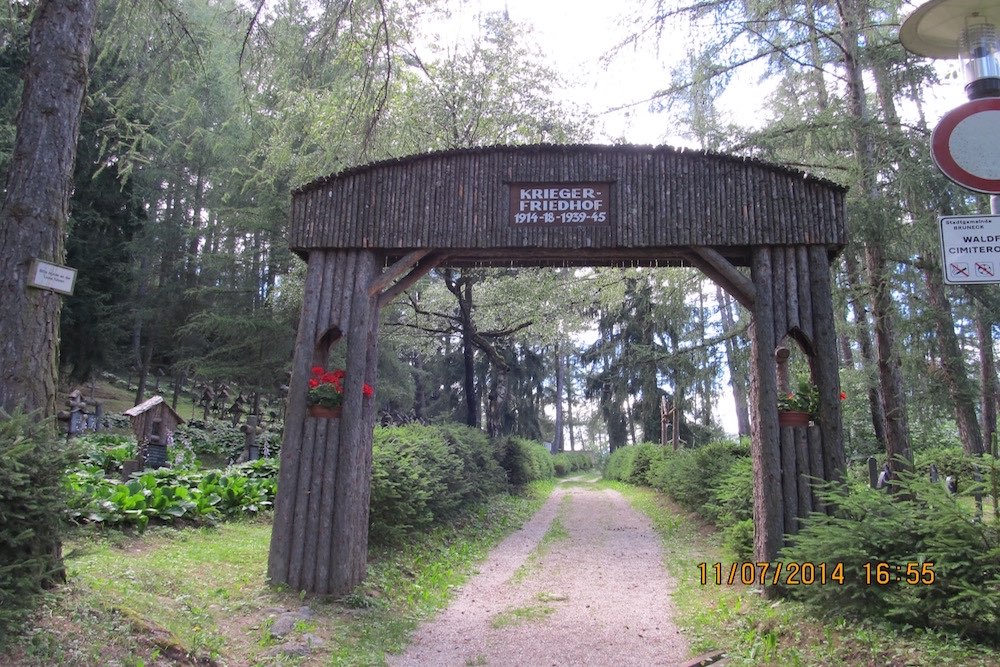 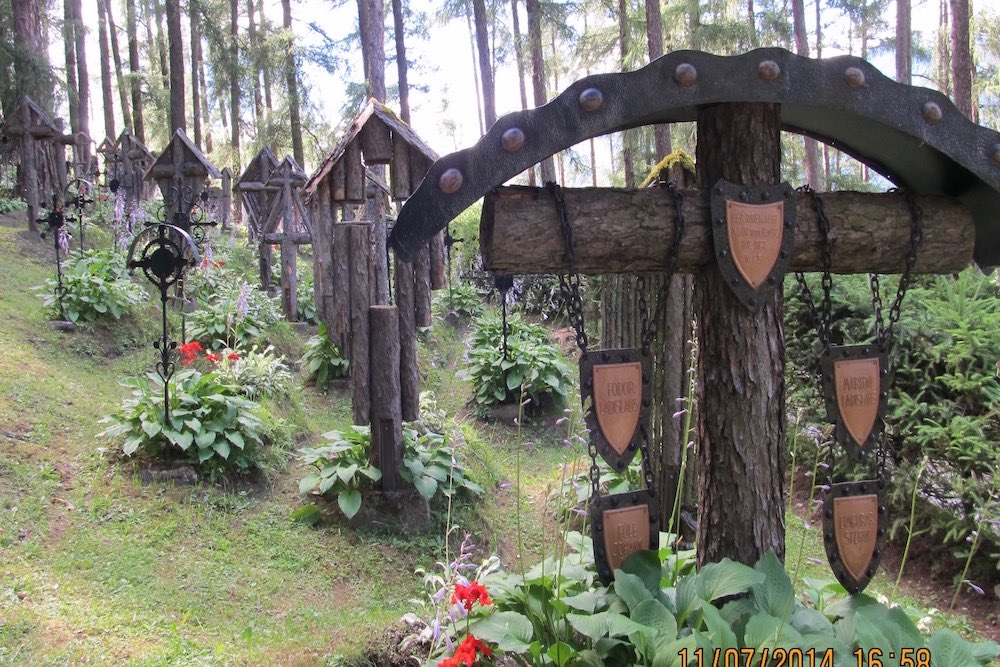 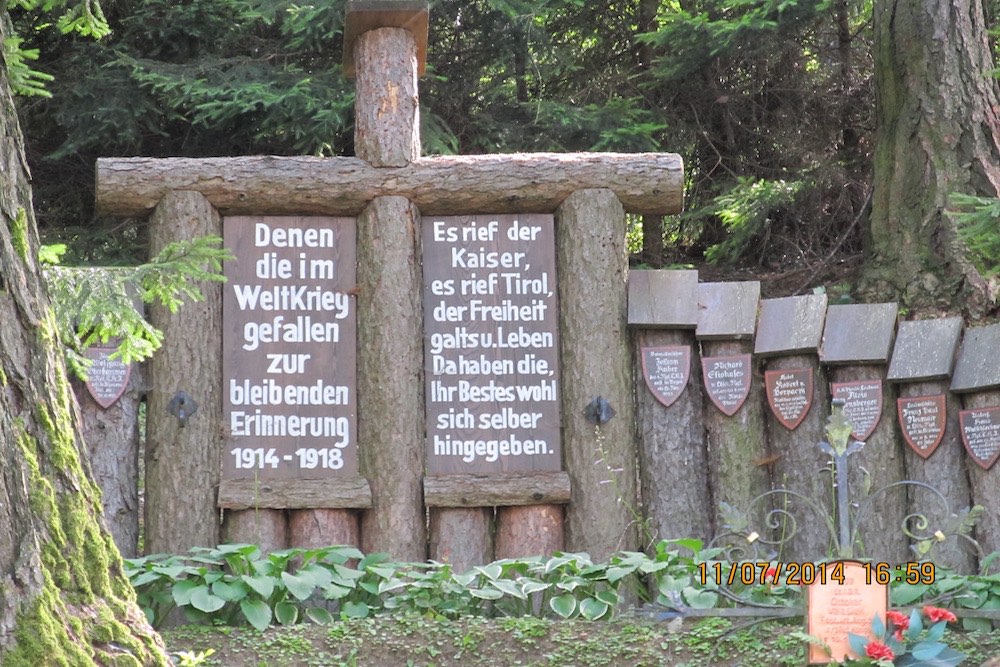 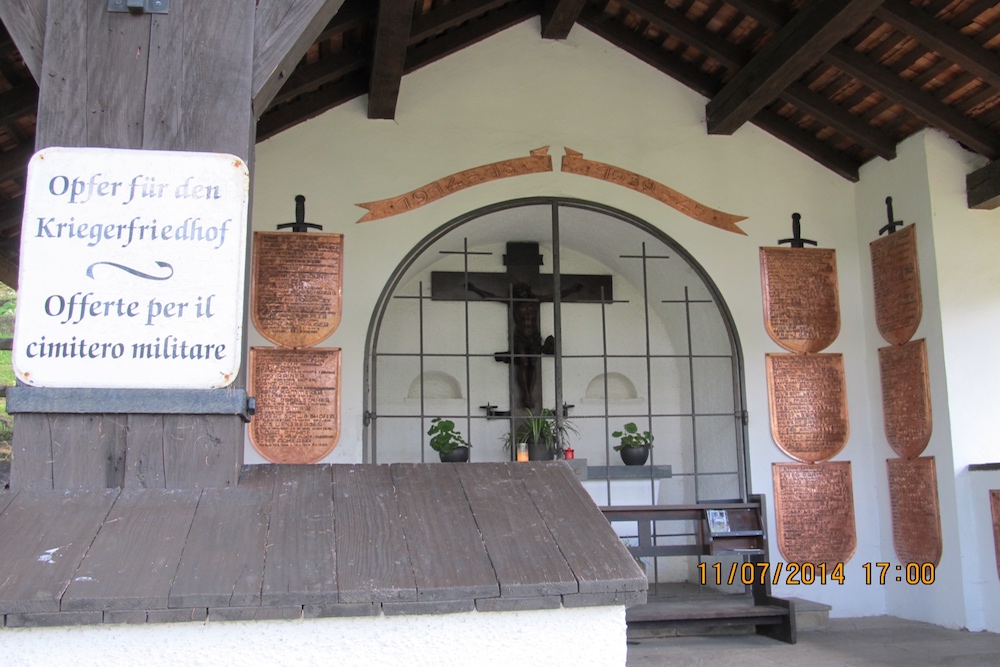 This war cemetery is situated on the "Kuhbergl, south of the town of Bruneck. It was established in 1915 to serve as buriel place for three field hospitals. The Italian dead were moved in 1932 to Pocol-Cortina. In 1938 the German dead were moved tot a mass grave on the Pordoi pass. The remaining graves from WW1 contain 699 Austro-Hungarian, 103 Russian, 13 Serbian and 7 Rumanian soldiers. During WW2 the cemetery was used for the burial of 19 German and Austrian soldiers. The gravemarkers are entirely made of wood. The cemetery has always been maintained by a committee of local women of the South-Tyrol Black Cross. The cemetery can be reached by a path over a bridge from the castle of Bruneck.