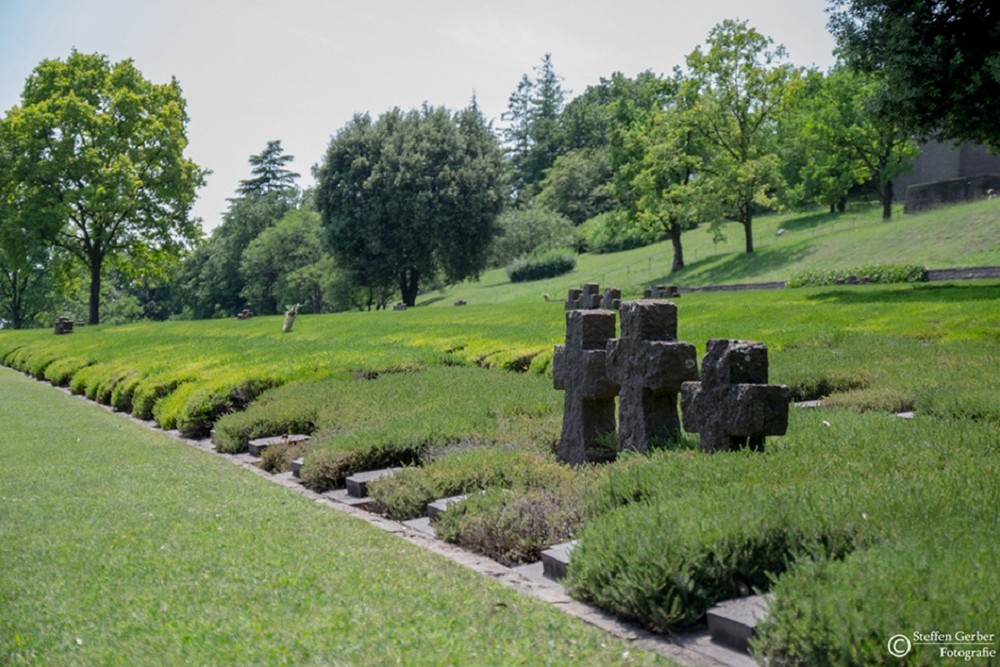 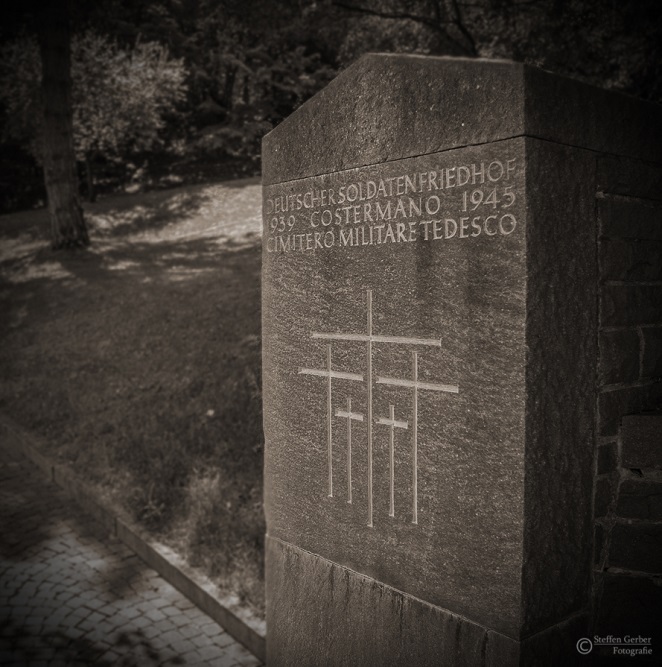 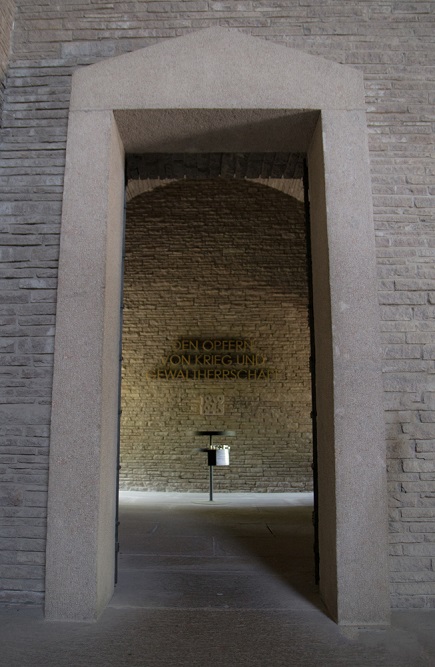 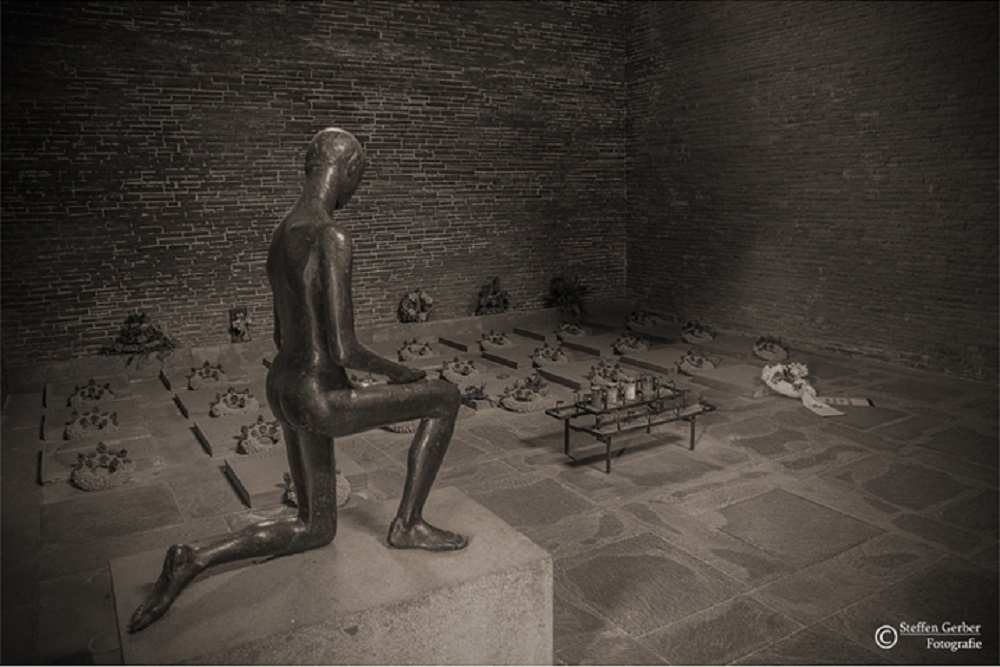 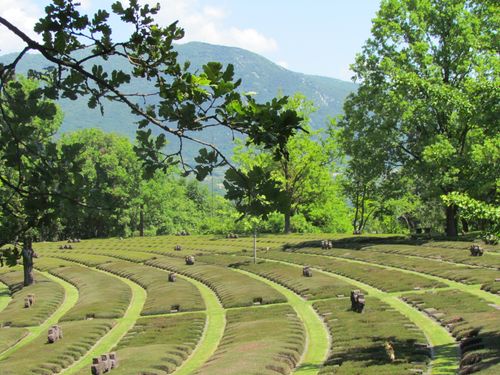 The German military cemetery is located on a narrow ridge south of Costermano. On the three terraced grave fields, which are planted with purple heather, the location of the individual graves is marked by stone slabs. They each bear the names of two dead. 21,990 German soldiers from the Second World War rest in the German military cemetery in Costermano. The German military cemetery was inaugurated on May 6, 1967. Even if more than seventy years have passed since the capitulation of the German Reich on May 8, 1945, the events on the Italian theater of war have not yet been fully researched. It cannot be ruled out that among the 22,000 soldiers buried here there are also those who were involved in war crimes in Italy. We currently know, however, that some SS functionaries who are buried here were actively and responsibly involved in the murder of the Jewish population in occupied Poland and Italy - above all Christian Wirth as inspector of the extermination camps. These men had been assigned to organize the persecution of Jews and partisans in northeast Italy and Istria. The dead lying here remind us of peace and reconciliation. The guilty ones who are buried here may also find their final rest, although they have brought unspeakable suffering to many people and their families. At the same time, however, their crimes are an invitation to us to learn from history and to always stand up for respect for human rights and dignity, even under difficult circumstances.