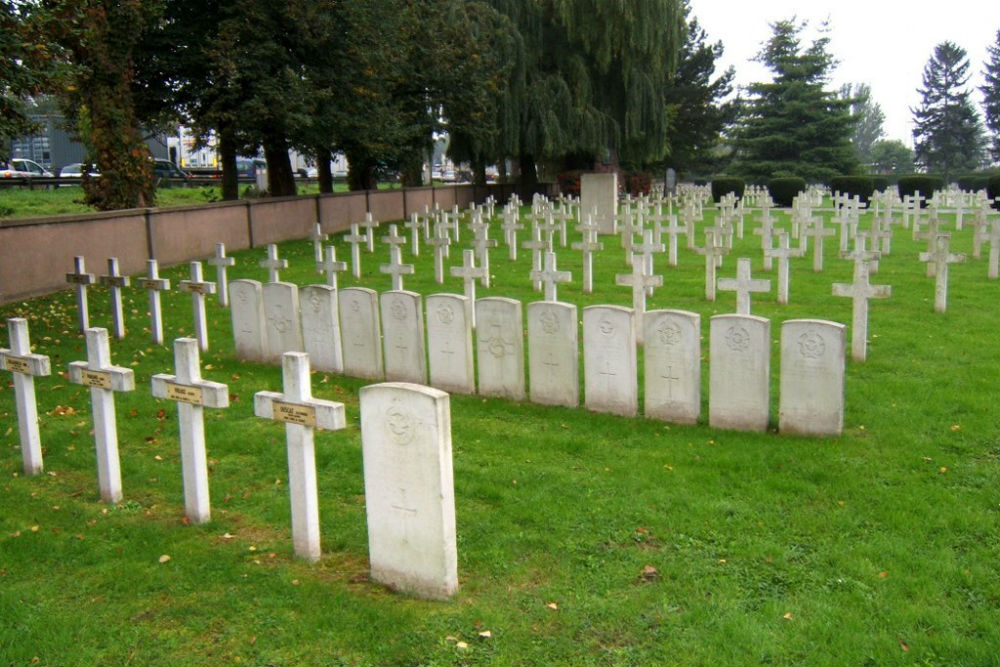 This Cemetery started in 1888 as a garnison cemetery. In the First World War it was used to bury 1717 German, 386 Franch soldiers, 15 British soldiers as well as 1164 POWs of several nationalities.

In the Second World War the cemetery was used again to bury 1069 German , 1969 French soldiers and 14 British soldiers who were killed in that war.

In total, 6305 men are buried in this cemetery.