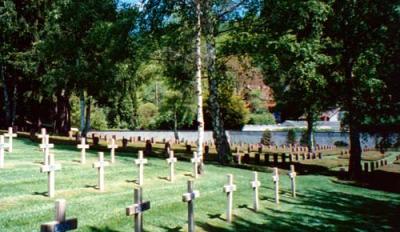 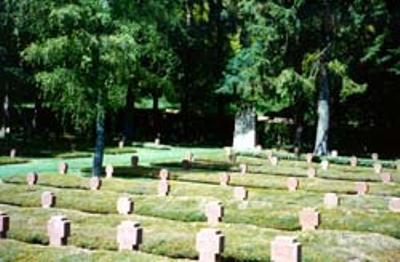 This German War Cemetery contains 33 German and 7 Commonwealth graves from the Second and 382 German and 68 French graves of the First World War.

The German soldiers who died in the Second World War were killed during the winter of 1944/1945 in fights against the American forces in the Vosges-mountains or died of wounds in military hospitals. The Commonwealth burials were the crew of a bomber that crashed in 1945.