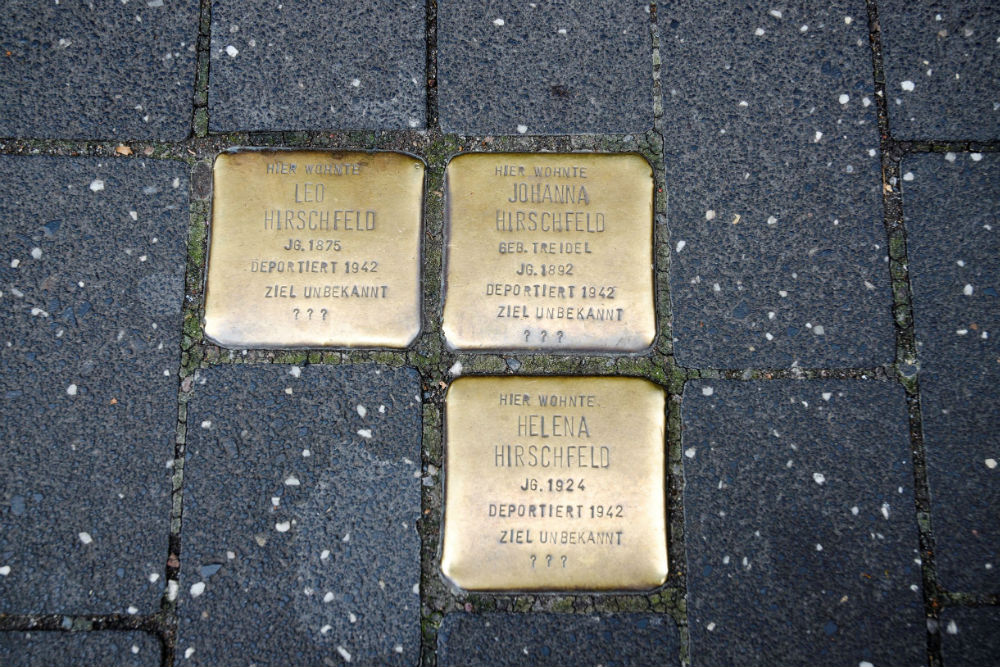 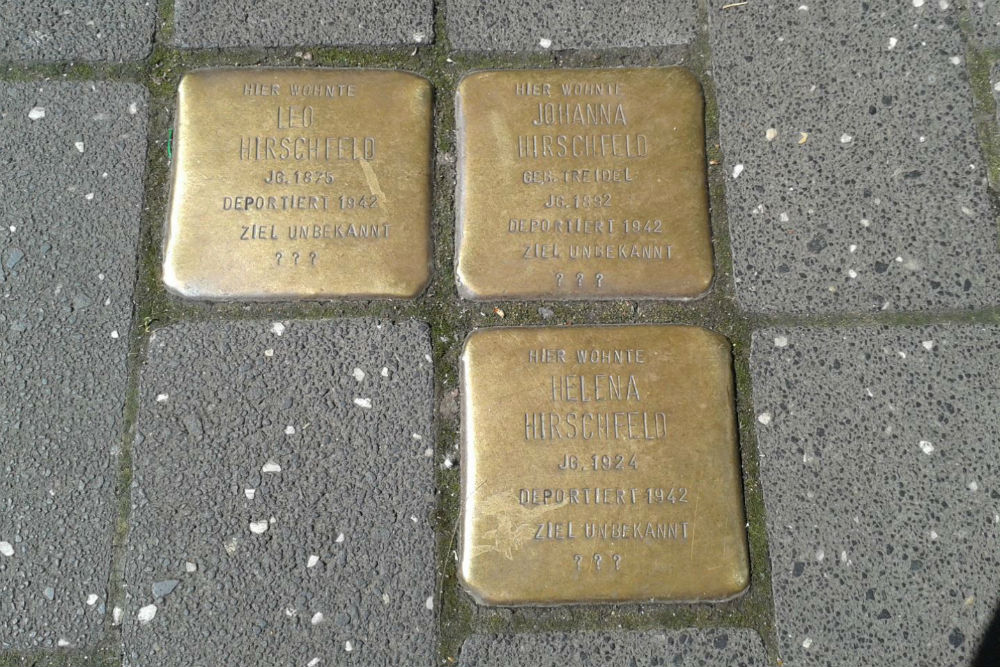 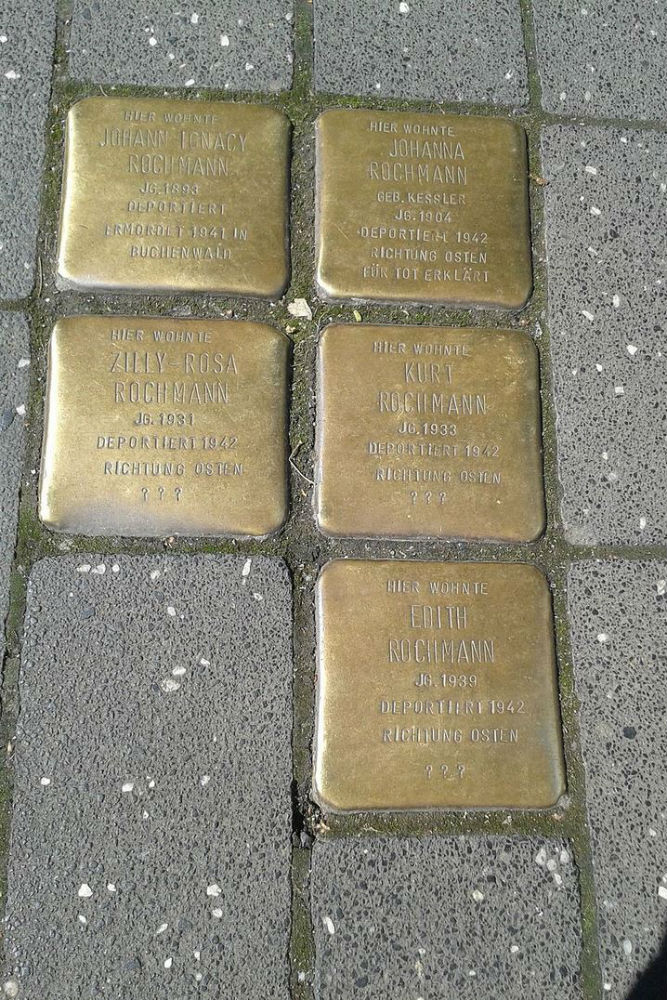 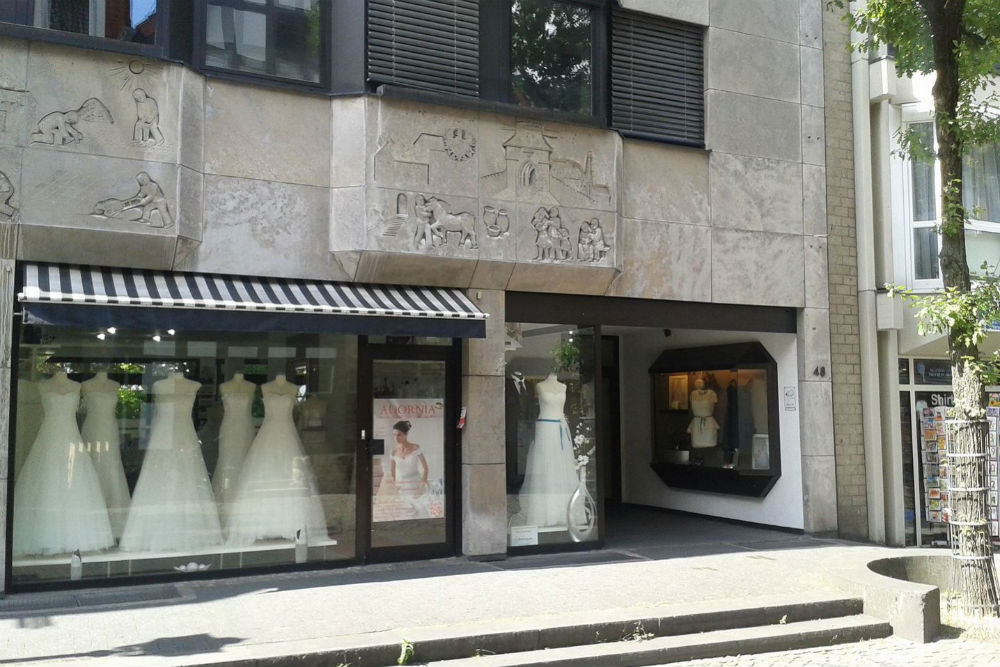 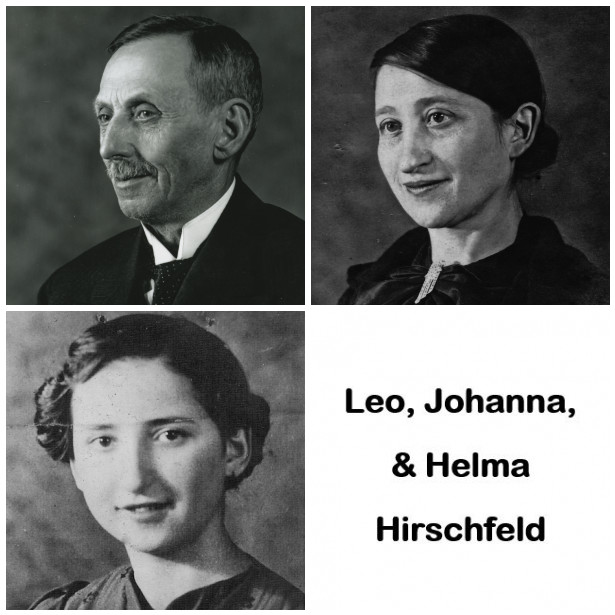 More information has been discovered since the stolpersteine for the Hirschfelds were installed in 2003. Leo Hirschfeld, a cattle trader, married Johanna Treidel. Their daughter Helma was born in 1924 in Siegburg. The name on her stolperstein is incorrectly "Helena." Yad Vashem and German Federal Archives records show both names: Helma/Helena. Other sources show Helma or Helena.

The German Federal Archives show that Leo, Johanna, and Helma Hirschfeld were in Much internment camp on 14-15 June 1942, and then were deported on 15 June 1942 from Koblenz-Köln-Duesseldorf to Sobibor, status "murdered." Testimony provided by a relative to Yad Vashem includes a typewritten document showing Leo, Johanna, and Helma "evacuated" on a transport from Camp Much to Bonn on 14 June 1942. Since distances were relatively short, they were probably taken from Much to Bonn (~40km), then to Köln/Cologne (~30-35km) and put on the transport to Sobibor.

Records of transport Da 22 shows it left Koblenz on 14 June 1942, arrived at 3:50am the next morning in Köln, where it picked up additional Jews from Bonn, Much, and other locations. The train went on to other towns, collecting more deportees along the way until there were over 1,000 aboard. About 100 men were taken off the train and sent to Majdanek. Everyone else was taken to Sobibor. No one on the transport is known to have survived.

Leo and Johannas other daughter, Ruth Hirschfeld, had escaped to England in January 1939 and survived.

Interestingly, the children are in the records of the German Federal Archives while the parents are not. Yad Vashem has pages of testimony for all five Rothmanns, with some of the information inconsistent.

The German Federal Archives report that the children were deported from Bonn on 15 June1942 to Eastern Europe and were declared dead. In addition, the list of people "evacuated" from Camp Much on 14 June 1942 to Bonn includes Johanna Rochmann and the 3 Rochmann children as well as Leo, Johanna, and Helma Hirschfeld.

For Johann Ignacy Rochmann, one submitter of testimony (Fred Gottlieb, 2014) included a letter from Buchenwald addressed to Johanna Rochmann in Camp Much dated 21 Oct 1941 regarding the ashes of her husband Ignaz Rochmann who died 04 Sept 1941. Before that, Ignaz Rochmann apparently was subjected to numerous deportations  to Bentschen in October 1938 until the following summer, then Sachsenhausen June-Sept 1940, followed by Dachau July 1941, and finally Buchenwald.