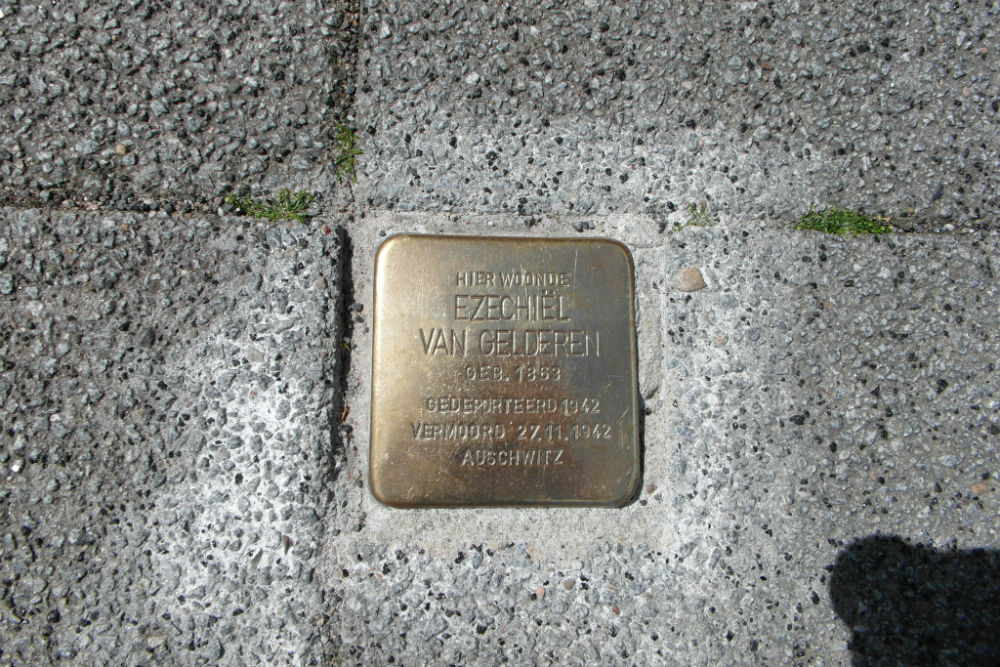 Ezechiël van Gelderens parents were stoneware merchants, and his father was also a Jewish studies scholar. Ezechiël married Jetje Zwart. Their three sons and two daughters were all born in Kampen, from 1889 to 1905. Jetje herself died in 1917. Two years later, Ezechiël married Hester van Emden; she died in Kampen in 28 September 1941, age 71.

Because of construction at the time, Ezechiël van Gelderens stolperstein was first placed in 2012 at the main entrance to Myosotis Engelenberg Park. In 2016, it was moved to Burgwal 45. To have placed it at the actual location where he once lived (Gast- en Proveniershuizen at Boven Nieuwstraat 46) would have left it in a less suitable place at the back of a complex of buidlings.

In the hall of the main entrance of the Ijsselheem Margaretha here at Burgwal 45, there is also a memorial plaque for Ezechiël van Gelderen.

Stolpersteine for two of Ezechiël's sons, Arie and Maurits van Gelderen, are at Hofstraat 69 in Kampen.