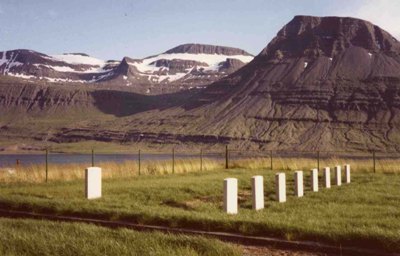 Reydarfjordur Cemetery (also known as Budareyri) contains nine Commonwealth burials of the Second World War, 8 British and 1 Canadian. The majority are soldiers of King's Own Yorkshire Light Infantry, 1/4th Bn. A group of 80 military personnel was caught in a snowstorm on January 21, 1942. Some of them were killed.