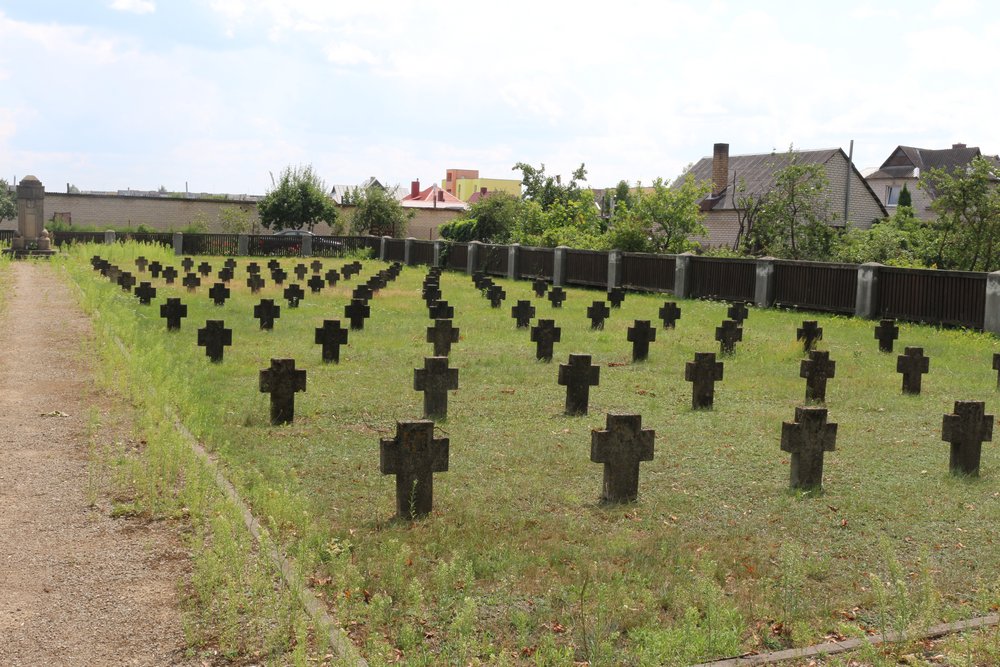 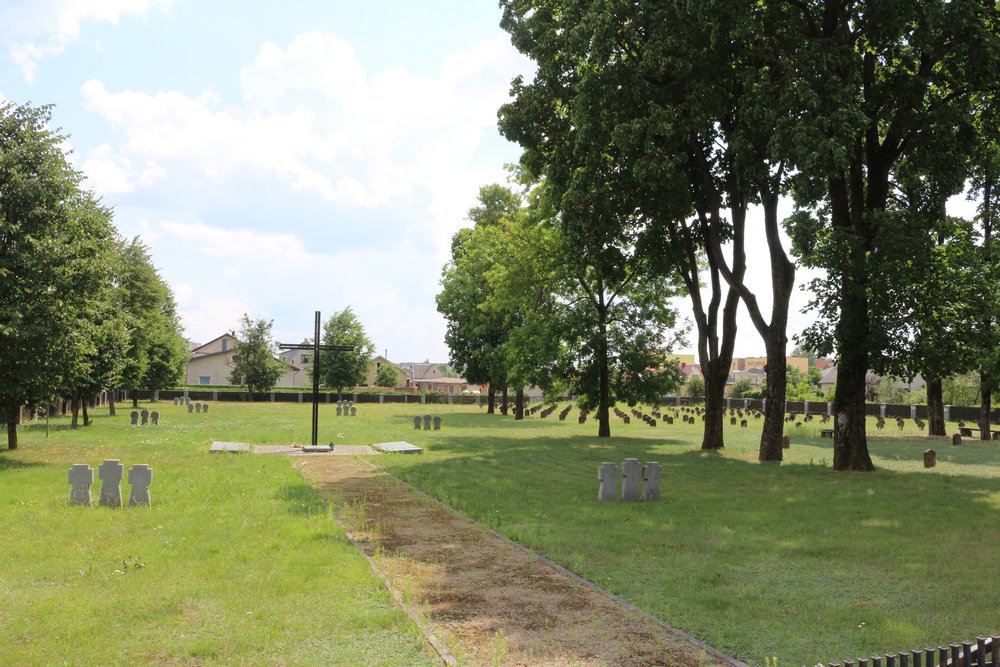 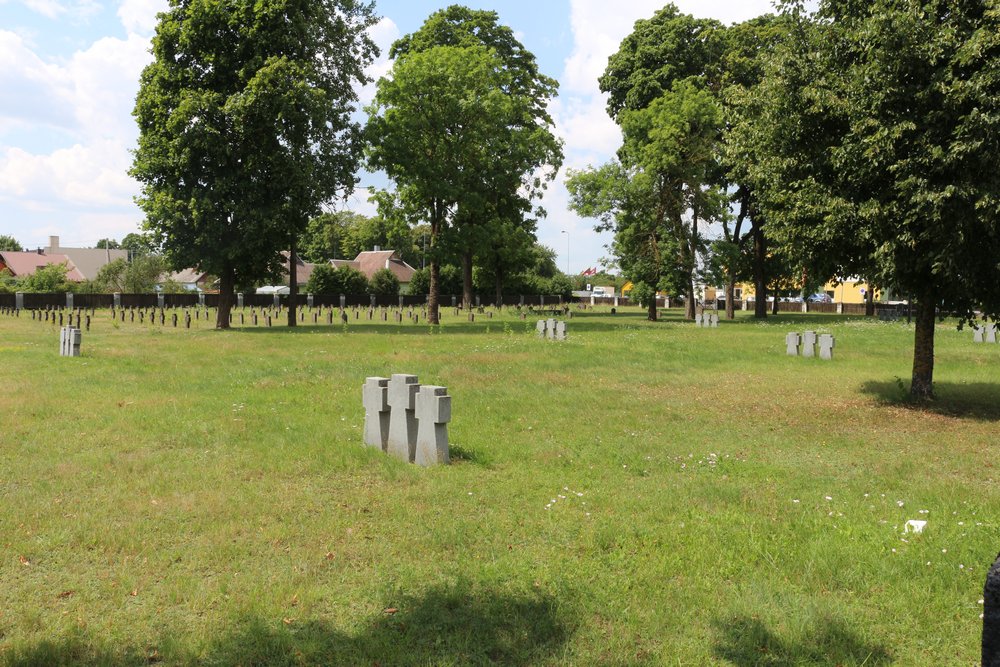 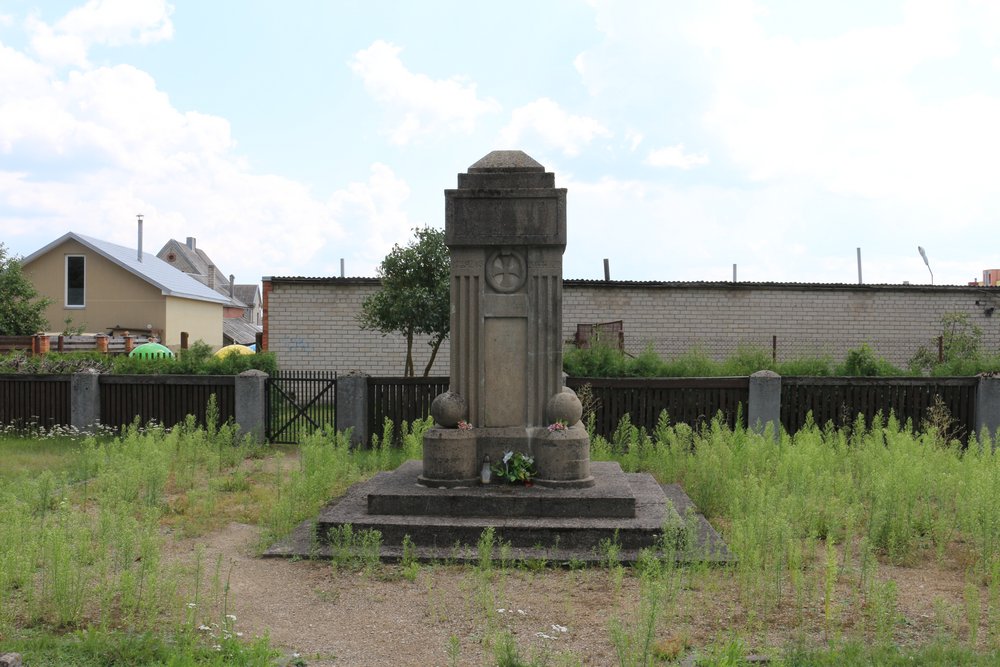 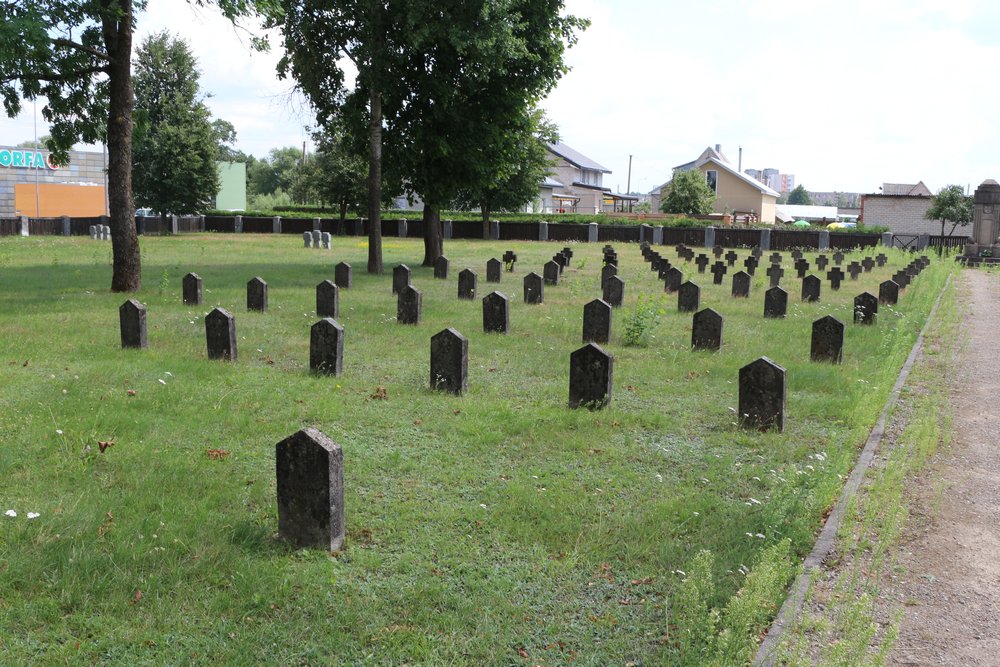 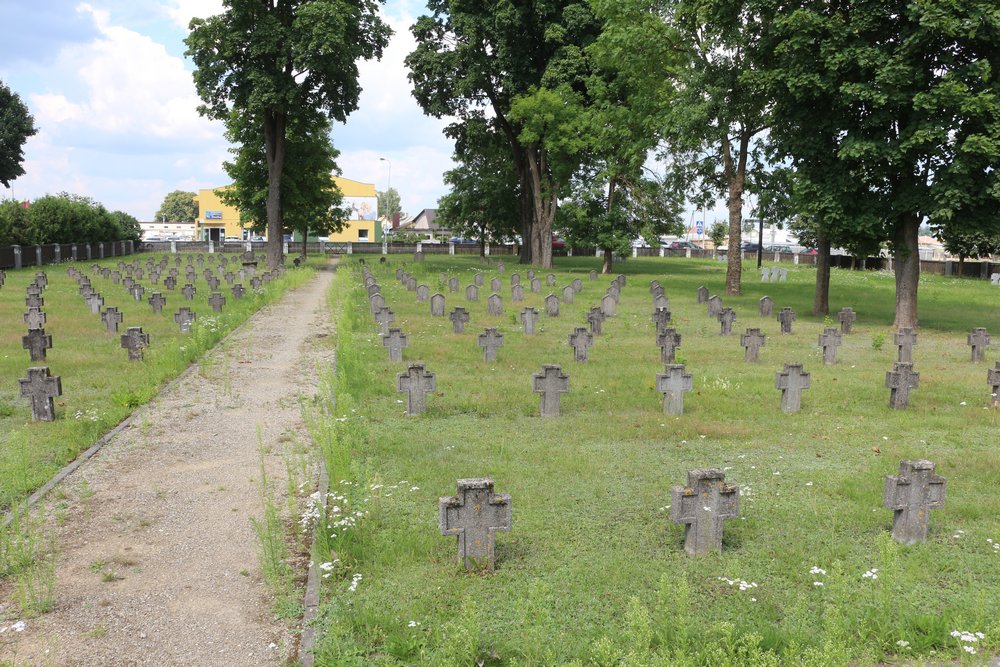 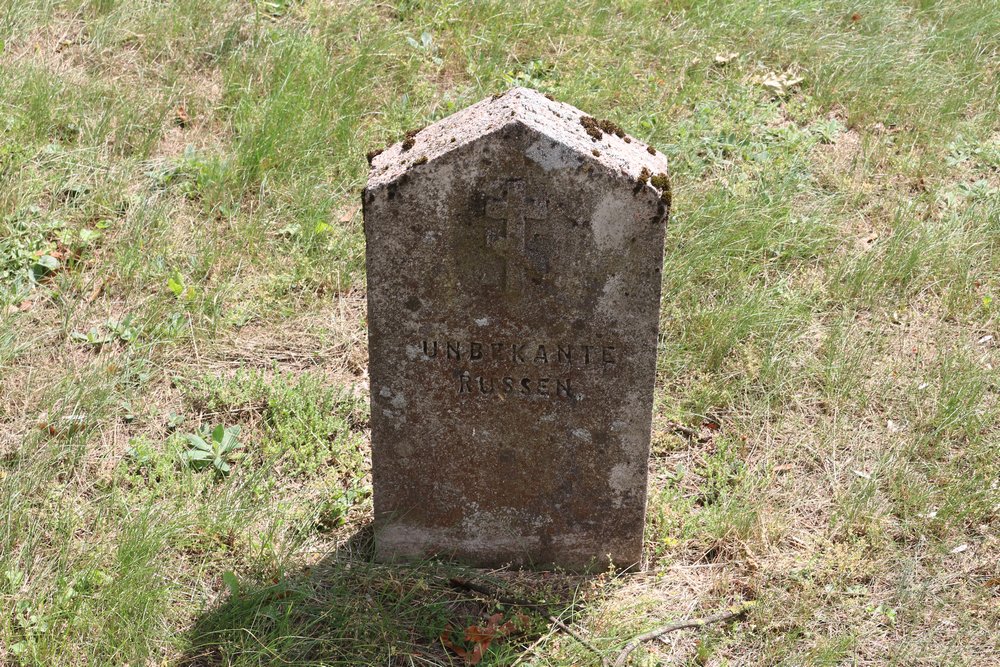 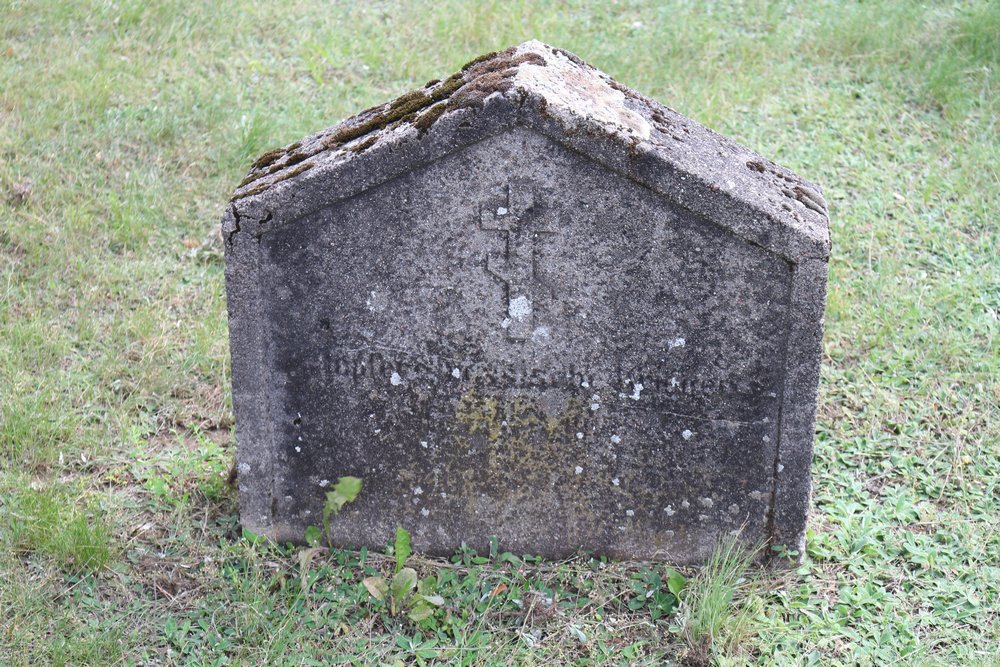 This cemetery was founded in 1915 by the German army. There are about 100 German, mostly unknown, casualties and more than 50 Russians, all of whom are unknown.
In the Second World War, more than 600 German casualties from the period 1940 - 1945 were buried nearby. These graves were destroyed after the war and the site was used for other purposes. After the renewed Lithuanian independence, this site was again marked with a memorial cross. In 1999 the cemetery was refurbished and plaques with the names of the soldiers who fell in World War II were also placed.