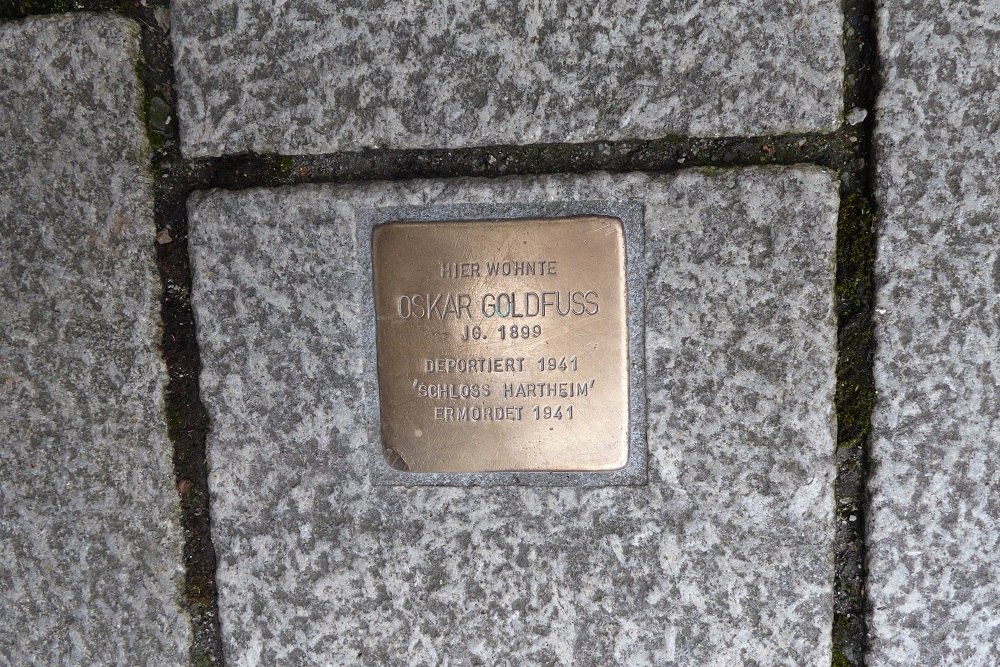 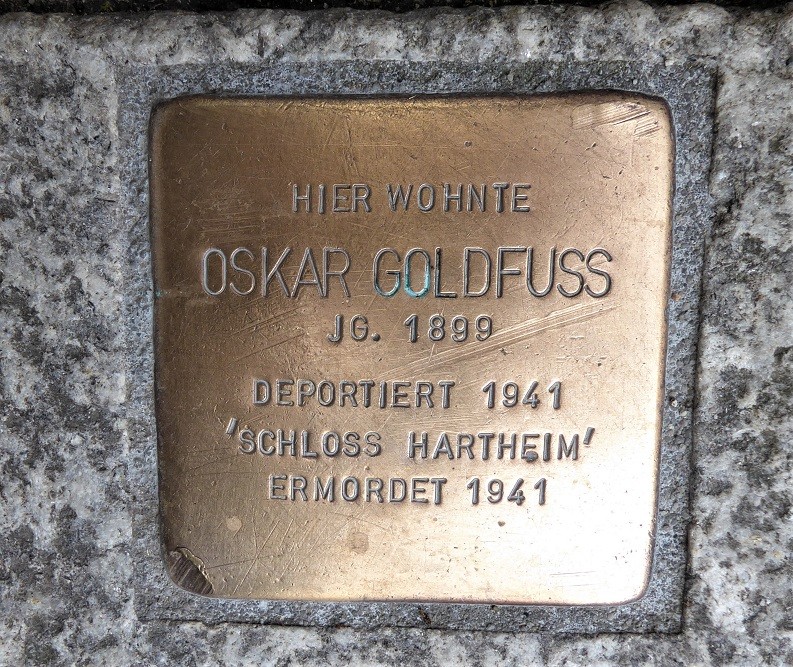 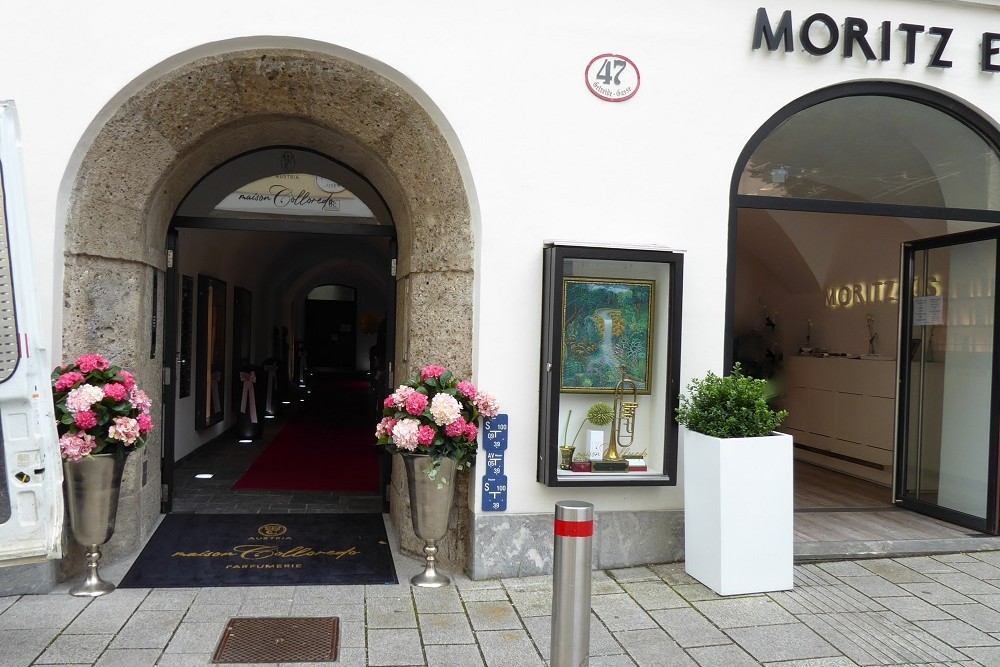 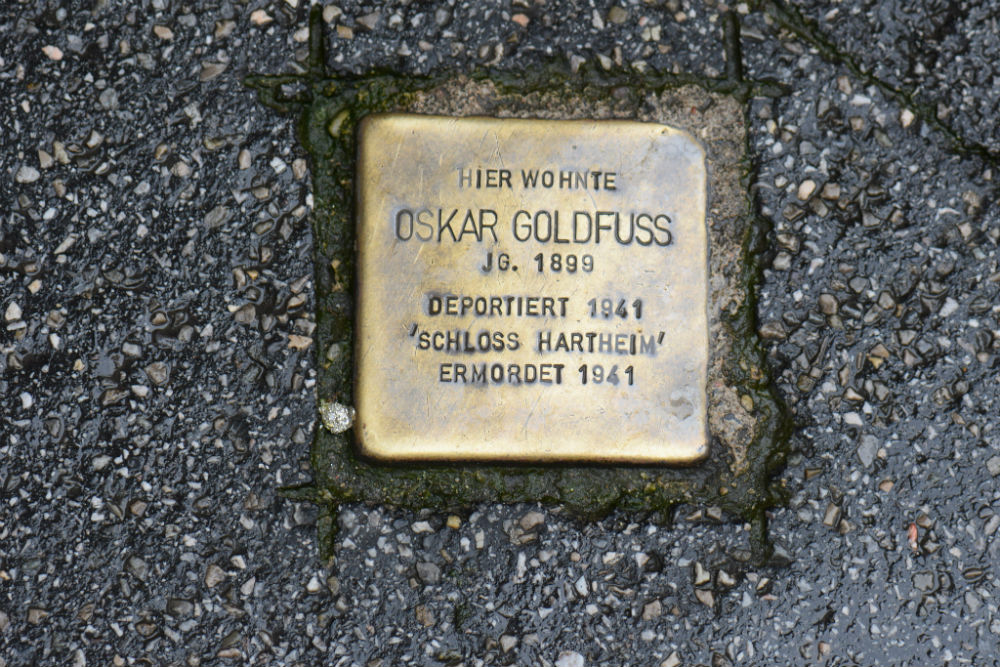 Oskar Goldfuss, a Catholic, lived with his parents at this address. In 1920, two years before his father died, he was admitted to the Leper Hospital in Mülln and then admitted to the provincial mental hospital in Lehen. Oskar was deported to Hartheim Castle on 17 April 1941 and murdered there.

Hartheim Castle near Linz, Austria, was a home for physically and mentally handicapped children. Between 1939 and 1940, it was converted into the Hartheim Euthanasia Center (NS-Tötungsanstalt Hartheim) -- a killing center of the Nazi euthanasia programme, also referred to as Action T4. Hartheim included a gas chamber and at least 2 crematoria. Based on a box of records found there, the estimated of murders committed there by August 1941 is more than 18,000 victims.