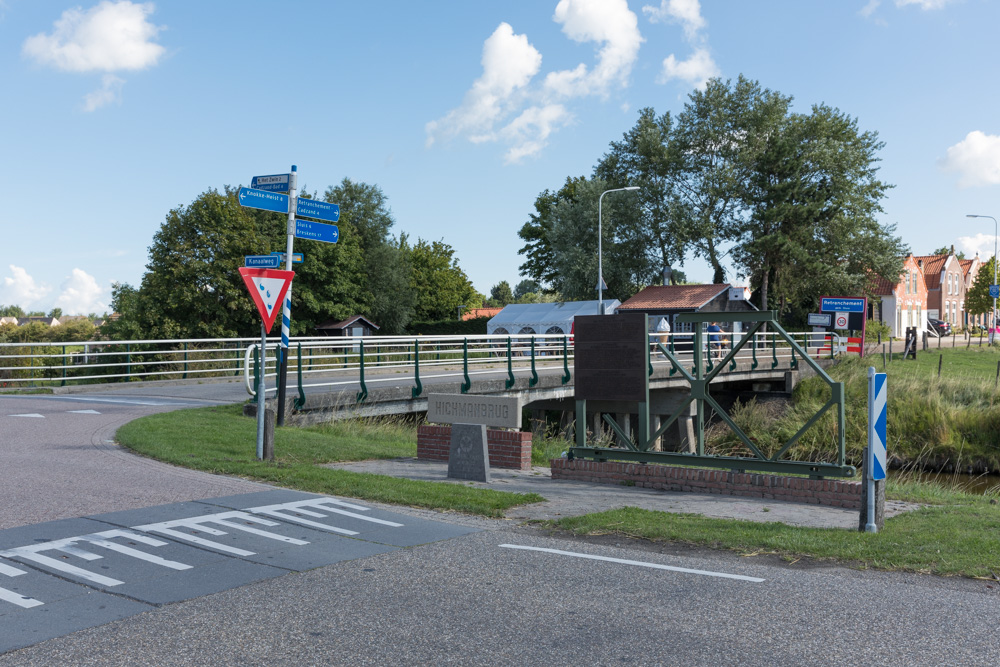 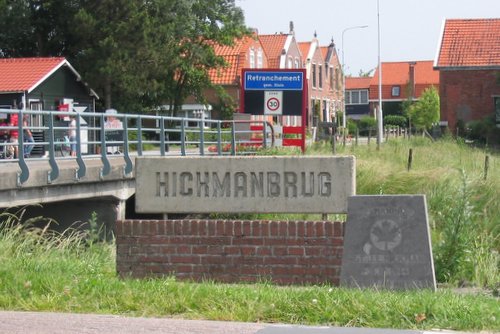 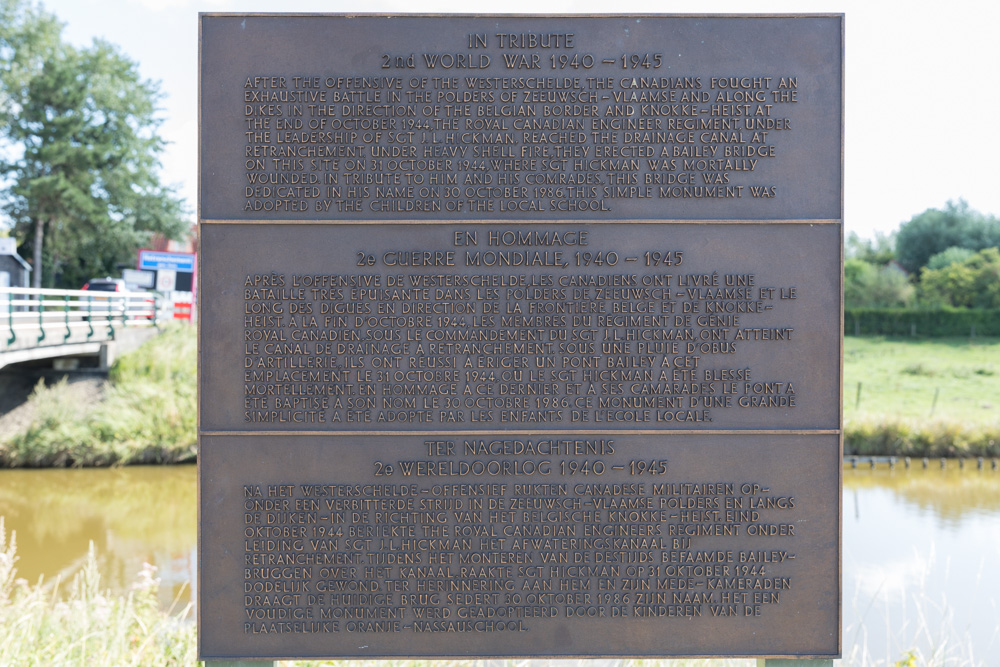 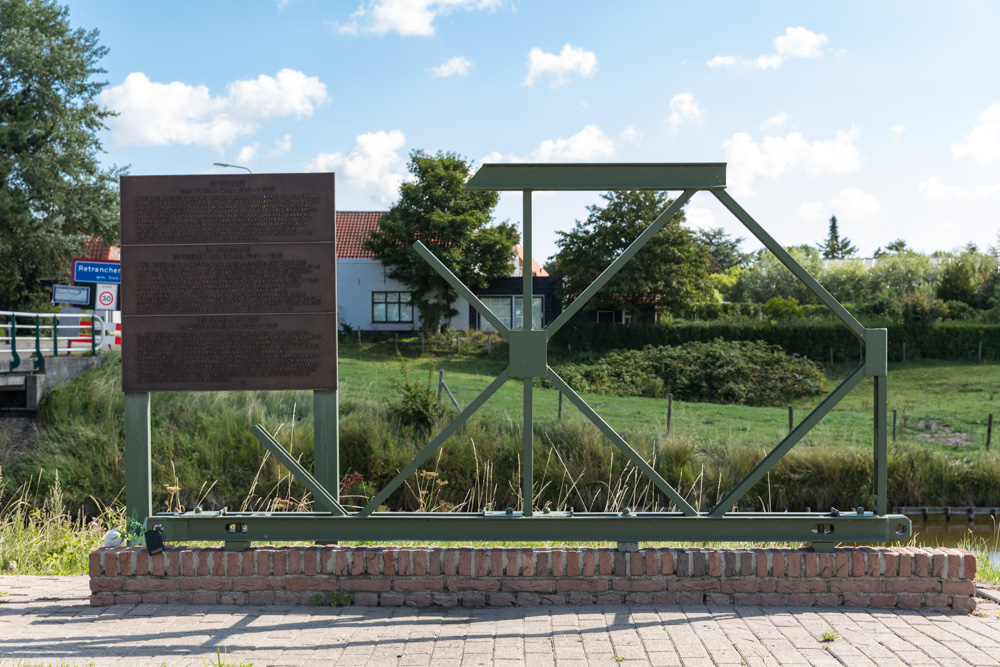 The monument stands on the right in front of the bridge. A dressed stone plaque mounted on a low brick wall bears the name of the bridge, "J. L. Hickman brug". Beside it stands a section of Bailey Bridge on a brick plinth, together with a bronze plaque with the inscription in English, French and Dutch:

Photo 1: On a low brick wall is a poster arduinen stone with the name of the bridge: "J. L. Hickmanbrug ".

Photo 2: Diagonally this is a small monument with the following:
Hickmanbrug
+ 31.10.1944
Corps of Royal
Canadian Engineers

Photo 3: On a bronze plate: the texts in English, French and the Dutch.

Photo 4: A part of the Bailey bridge.

After the offensive of the Westerschelde. The Canadians fought an
exhaustive battle in the polders of Zeeuws-Vlaamse and along the
dikes in the direction of the Belgian border and Knokke-Heist. At
the end of october 1944. The Royal Canadian Engineer Regiment, under
the leadership of Sgt. J.L.Hickman, reached the drainage canal at Retranchement under heavy shell fire. They erected a Bailey bridge
on this site on 31 october 1944. Sgt. Hickman was mortally
wounded. In tribute to him and his comrades. This bridge was
dedicated in his name on 30 october, 1986. This simple monument was adopted by the children of the local school.