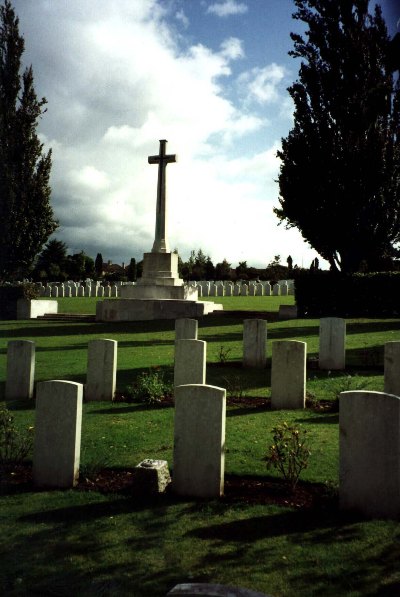 Haycombe Cemetery in Bath contains 290 burials of the Second World War, most of them in the war graves plot.

The plot was used by the Royal Air Force as a regional cemetery and contains the graves of airmen serving with the Commonwealth and allied air forces stationed in the south-western counties. Alongside these graves are those of men who served in squadrons of Coastal Command in their work of patrol, searching for U-boats and providing convoy for shipping. Many of the casualties came from the RAF station at Colerne. Bath suffered heavily from attacks by German aircraft and a severe air raid in April 1942 killed a number of servicemen at home on leave with their families. They are buried with them in the cemetery. In addition to the Commonwealth war graves, the cemetery contains 23 war graves of other nationalities.