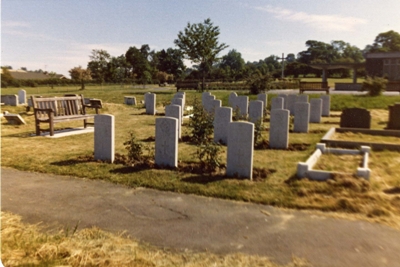 During the Second World War there was a Royal Air Force station at Grantham and there is a small group of RAF graves. Other Second World War graves are in another small war graves plot, opposite the town's memorial to the civilian war dead and the remainder are in various other parts of the cemetery. Grantham Cemetery contains 55 Commonwealth burials of the First World War and 58 from the Second. There is also one Dutch war grave.