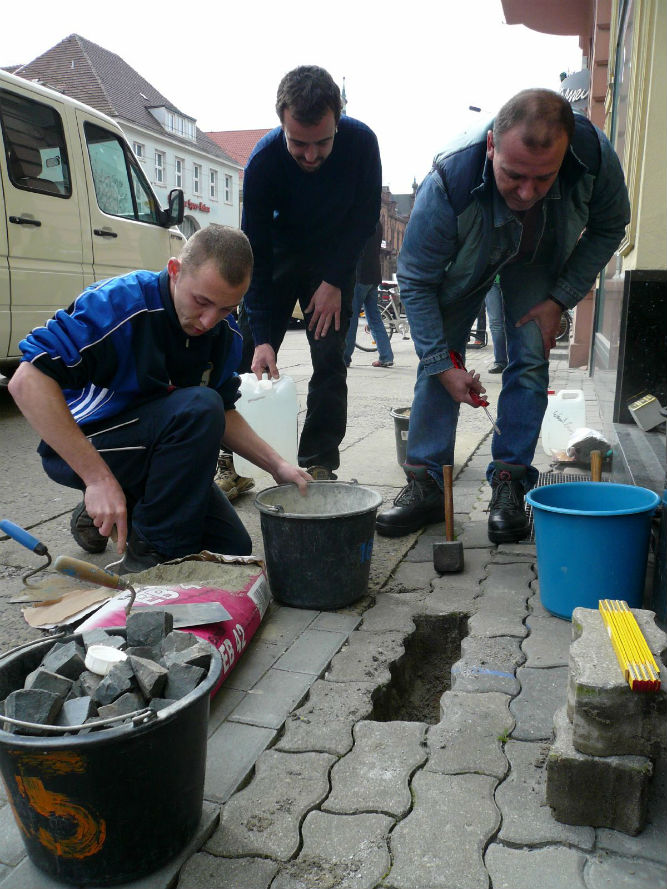 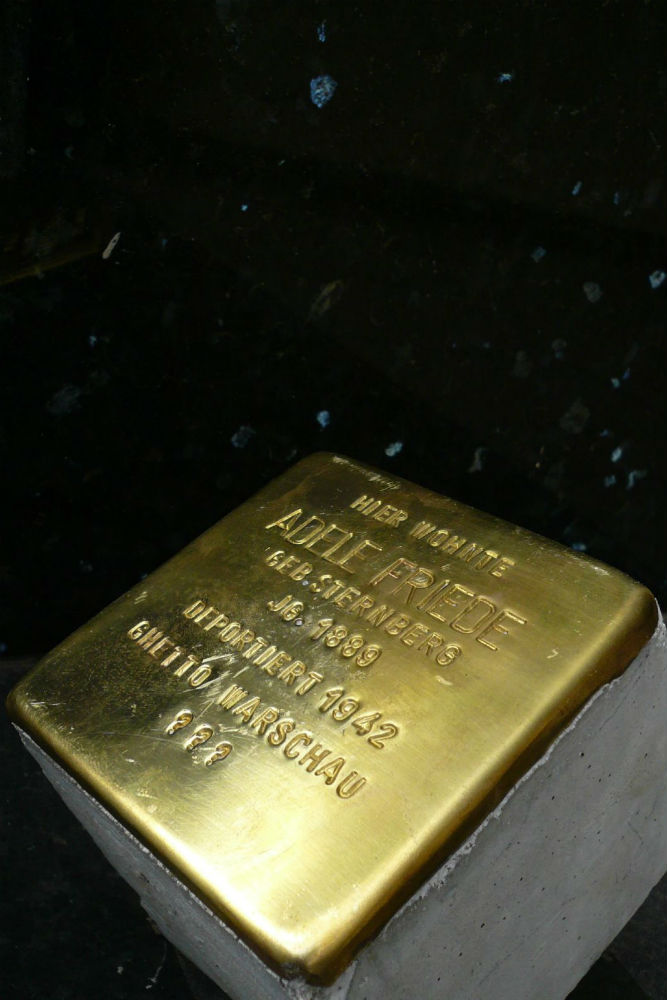 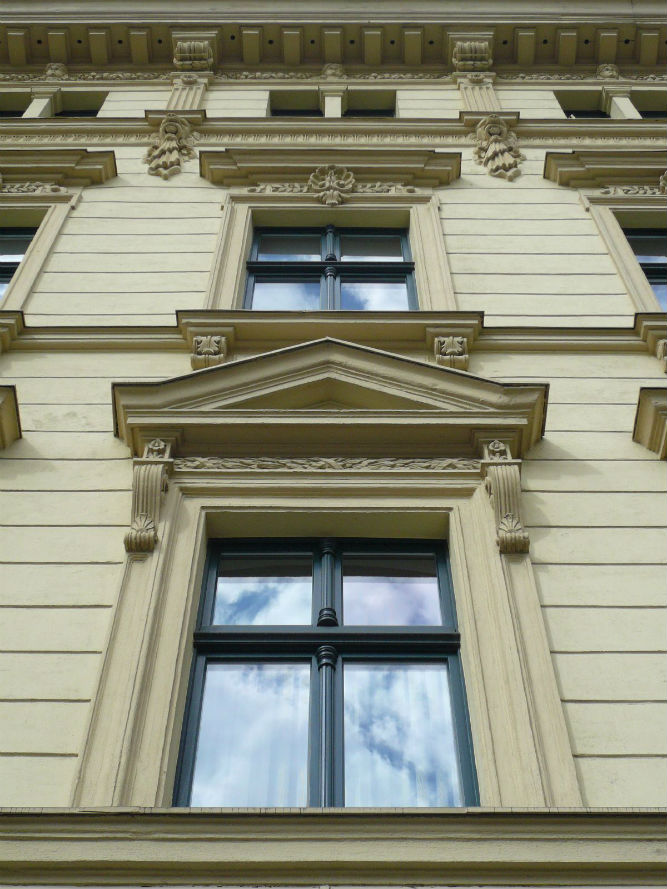 Ludwig Friede was a carpenter, following his father (Saling Friede), who was a master carpenter in Cottbus. Ludwig became a merchant around the same time as he married Adele Sternberg in 1911. There is no evidence of children. Ludwig and his father purchased the house on Bahnhofstraße 55, and in 1921 their "Friede und Sohn" furniture factory was officially registered. They did well.

Then the anti-Jewish policies took their toll. By 1939 the Friedes had to sell their factory and properties. They planned their emigration. First they plan to go to Chile and even have paid for the travel learn at the time they were to pick up their entry visas that Chile has imposed an entry ban. Next they try Palestine and pay for passage there, but that too fails. In May 1940, the Migration Department of the Reich Association of Jews says that only Shanghai is a possibility, and only with another US$400 per person. The Friedes dont have that money. They try Santo Domingo without success. In March 1941, acquaintances in China try to intercede, but that does not work. The Friedes apply for the U.S.  but are warned not to make travel plans because the investigation will take years. A month later, they are forced to sign over their assets and are deported to the Warsaw ghetto the same day. They did not return.