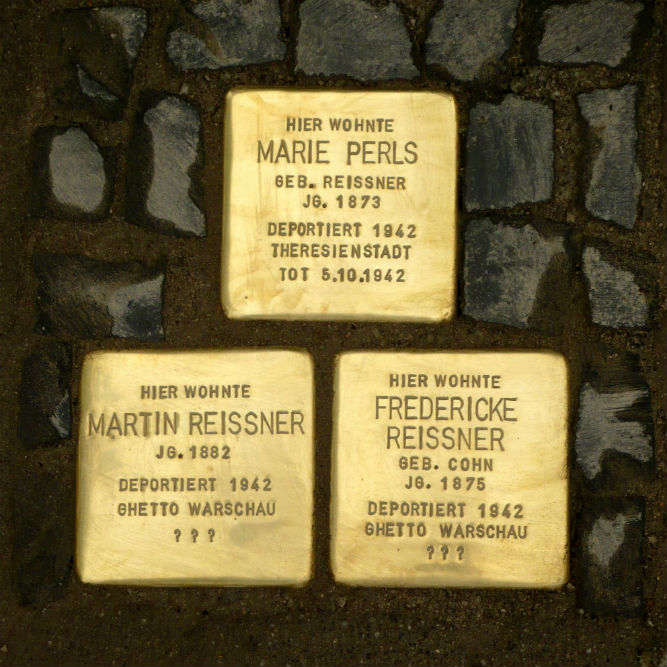 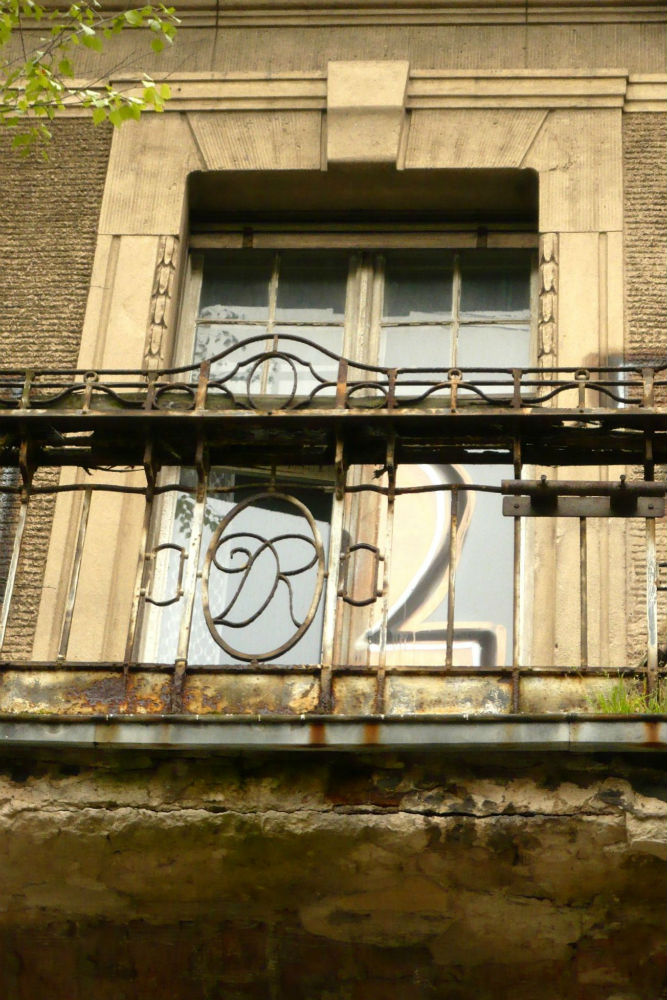 Marie Perls was the only child of David and Hulda Reissner. Her mother died at age 21, less than 3 months after Marie was born. Marie later married a physician, Dr Wilhelm Perls, who died in 1930. She was deported from Berlin to Theresienstadt in July 1942 and was killed less than 3 months later. Their daughter, Dr Elsa Emma Perls, escaped to England where she was also a physician.

Maries father, David Reissner, later married Jenny Lisser (1849-1937). He built the house at Karl-Liebknecht-Straße 30 in 1908/1909. His initials can still be seen in the wrought iron balcony railing. He and Jenny had four sons, two of whom died before WW2.

Son Martin Reissner married Fredericke Cohn. Their own son, Arthur Joachim Reissner, born in 1914, escaped to Brazil and later went to the US where he died at age 89.

Note regarding an inconsistency of information. The stolpersteine for both Martin and Fredericke shows them deported to the Warsaw Ghetto, while the Yad Vashem database shows both being deported on 28 March 1942 to the Piaski Ghetto and being "murdered" with no information on place or date. A third source (Geni.com) shows Martin killed in the Warsaw Ghetto and Fredericke killed in the Piaski Ghetto. The two cities are about 200 km apart.